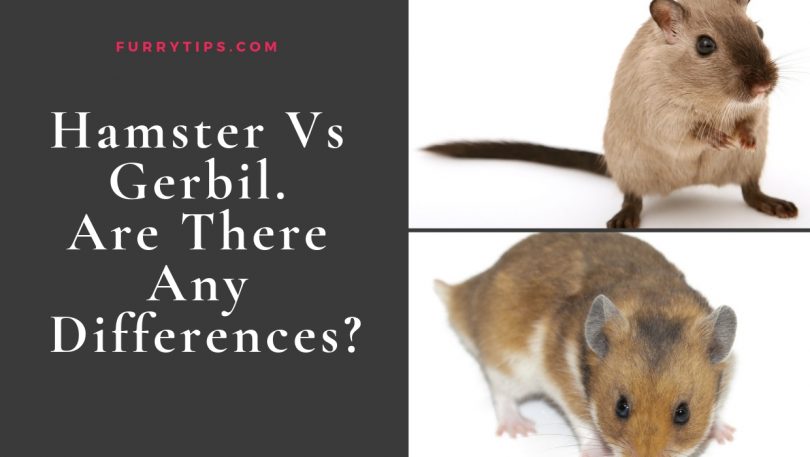 Hamsters and gerbils both belong to the rodent family. These pets may look alike, but there’s a world of difference between the two.

Hamsters and gerbils belong to two different species. They differ in the same ways mice differ from rats. There are differences in appearance, behavior, and pet caregiving between the two species.

Should you choose a hamster or a gerbil as a pet? Read this article to learn about how hamsters and gerbils differ, and how to choose the right pet for your home:

Hamsters and Gerbils are Physically Different

Hamsters and gerbils differ in physical characteristics, size, and fur color. Hamsters tend to be shorter all over. They have short, stubby tails, short snouts, and stocky legs.

On the other hand, gerbils have longer tails. Gerbil snouts are longer and look similar to a rat’s. A gerbil’s hind legs are quite prominent, on which they love to stand.

There’s a key difference in the physical appearance of the two species: Hamsters have internal cheek pouches. As natural hoarders, hamsters stuff food in these pouches to carry to their underground homes in the wild.

As a result, hamsters appear to have cute, chubby cheeks. Sometimes a hamster’s cheeks are twice the size as their heads. Gerbils don’t seem to have this advantage.

Overall, both gerbils and hamsters are roughly the same size. However, gerbils tend to be on the larger size. The average adult gerbil is 5 to 6 inches long. Their tails grow up to 4-inches, and they may weigh between 2 and 4 ounces as adults.

The size of hamsters depends largely on the species. The popular Syrian hamster can grow between 5 to 7 inches long. They may weigh between 4 to 8 ounces. Dwarf hamster varieties grow 2 to 4 inches long and weigh about 1.5 ounces.

If you are looking for a pet on the smaller side, a gerbil might be the best option. Do keep in mind that sizes may differ greatly between individual animals.

Hamsters and gerbils are similar in that their fur coat colors can vary vary between species and individuals. Gerbils commonly sport white, grey, or black fur.

Hamsters tend to come in more colors, including white, black, grey, brown, orange, reddish or a combination of any of these shades. Hamsters have the advantage of color patterns here.

Hamster fur tends to be fluffy. They tend to have velvety soft fur that feels silken to the touch. Their fur may have stripe patterns and tend to be on the longer side. Male hamsters have longer hair.

Gerbil coats are dense. Their coats blend colors, rather than patterns. Their fur is quite soft too. Gerbils additionally have white patches of fur behind their ears.

Where hamsters and gerbils look similar:

Hamsters and Gerbils have Their Own Behavioral Quirks

Hamsters and gerbils tend to differ in behavioral areas. One species is more likely to be active, while the other is idle. 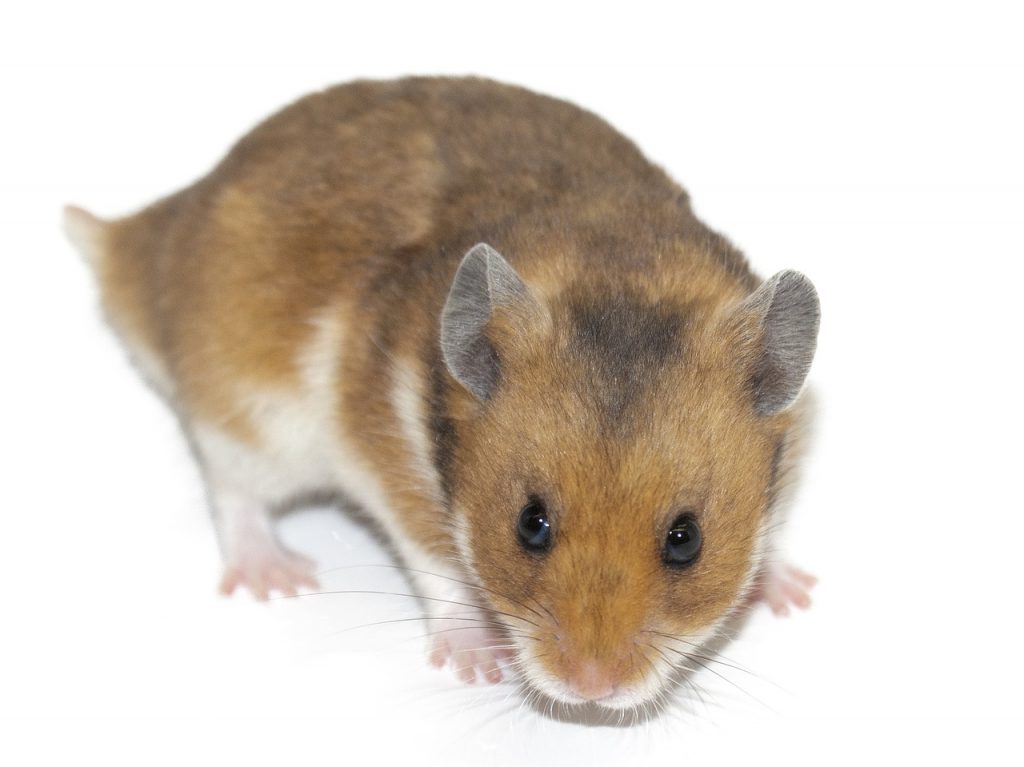 Hamsters may seem like rather lazy pets. They tend to move slowly and could appear lethargic. All in all, hamsters seem like ideal, cuddly pets, but there’s a catch.

Hamsters bite. Or rather, hamsters are more likely to bite the hand that feeds them. Not to worry, this is not caused by belligerence. Hamsters bite as a defense mechanism. Hamsters may bite when they are startled, such as when you try to grab them too quickly.

Hamsters also bite more because they tend to mistake human fingers for food. These rodents do what’s called “exploratory” biting, where they bite fingers just to make sure it’s not a carrot stick. 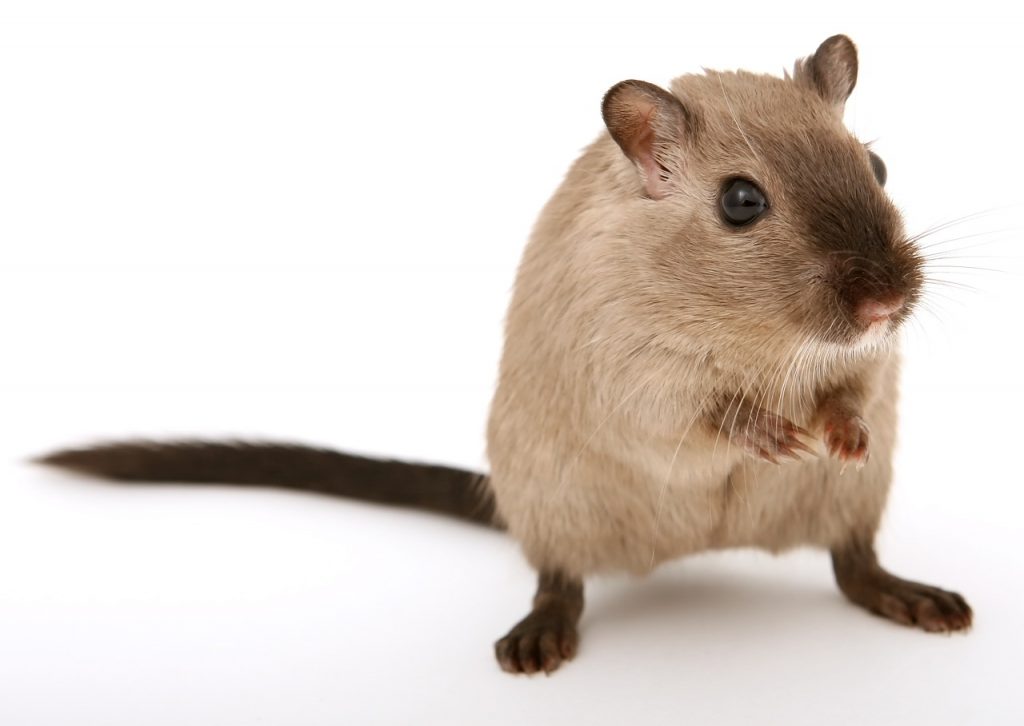 The gerbil’s personality is the opposite of a hamster’s. Unlike hamsters, gerbils are quite active. They are fast, jump a lot, climb, and run.

Gerbils are also not as likely as hamsters to bite. Gerbils very rarely bite.

Which is Easier to Handle—Hamster or Gerbil?

Handling pets like rodents depend on several factors, including the individual animal personality and the handler’s level of care.

Gerbil handling requires more attention because these pets are highly active. A gerbil may perform acrobatics as you try to hold it. But because gerbils bite less, they are safer to handle in this specific area.

Each pet has its own unique personality. But your pet’s personality will depend on the species as well, like cats and dogs.

Hamsters, on average, are not very social. They live alone in the wild for most of their lives. That’s why it’s advised to keep hamsters alone.

The active gerbil is more of a social butterfly. They have a highly social nature and love to share their cages with other gerbils.

Caring for Hamsters and Gerbils

Hamsters are lazy and non-sociable. Therefore, they can be left alone with proper care in a hamster cage without becoming completely isolated. Hamsters thrive in a variety of cages, including smaller ones. So keeping a hamster enclosed is more affordable.

Gerbils are trickier to keep in a cage. They are voracious and love to play. They eat food and drink water quicker compared to hamsters. They love to destroy their toys too.

Gerbils also have a borrowing instinct. Therefore, caging a gerbil is more expensive. Pet owners are advised to use glass enclosures to house gerbils. They gnaw on the bars of other types of cages, including plastic.

Which is Best for Kids?

Gerbils are less prone to biting compared to hamsters. They are also awake during the day. Kids can watch gerbils play a lot during the daytime.

Hamsters are prone to biting so they are better off when kept away from small kids. Plus, hamsters are nocturnal animals. They sleep during the day and might keep children awake at night with their antics.

Choosing between a Hamster and a Gerbil

It’s hard to make a choice between the two. There are many factors that should be considered when choosing the right pet for you. Here’s a quick rundown of the differences between hamsters and gerbils that can help you decide:

Both hamsters and gerbils make cute pets. But the slight personality and handling differences between the two may make one more desirable as a pet than the other. Prospective owners should consider personal preferences when choosing a hamster or a gerbil.