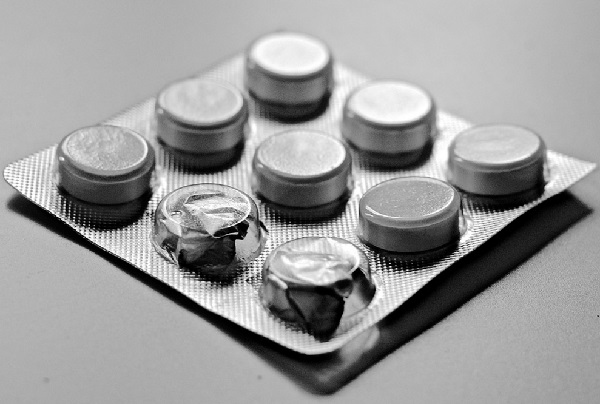 Allergies are an overreaction of the immune system when it is threatened by something in the environment, often something in the air. Most commonly our immune systems go into overdrive as a result of pollen or animal hair. However, not everyone suffers this reaction, and the results are almost always minor. More severe reactions occur through insect stings or medication. These are more serious and can ever result in death. Swelling can cause asphyxiation or a coagulation of the blood. The body’s immune system binds to the allergen using immunoglobulin E antibodies and then connects to mast cells to release inflammatory chemicals like histamine. To treat allergies, many opt for Zyrtec. But is Zyrtec good for dogs?

Cetrizine is the active ingredient in Zyrtec, a second-generation antihistamine used in the treatment of hay fever, among other allergies. Hay fever, or allergic rhinitis, is an inflammation of the nose due to an overreaction of the immune system as a result of air born allergies, most notably pollen. This can result in a runny or stuffy nose, sneezing, red or itchy eyes as well as swelling around the eyes. It’s incredibly frustrating and it generally ruins the summer time. Pet hairs are among the most common of these air born allergens, but our reaction is dependent on our lifestyle and inherited genetics. For example, someone who has lived on a farm with multiple siblings is less likely to suffer from hay fever than someone who has lived an urban existence with no siblings.

Thankfully, the rest of us have brands like Zyrtec to provide us with some sort of relief during those hazy summer days. What makes Zyrtec so good is that cetirizine, being a second-generation antihistamine, is less likely to cause drowsiness and other diminishing effects on the central nervous system, unlike first generation antihistamines. This is because it doesn’t have the same capacity to cross the blood-brain barrier.

Is Zyrtec Safe for Dogs?

Yes, zyrtec is safe for dogs but only when all the rules are followed and proper dosage administered.

Cetirizine (zyrtec) is generally meant for human consumption and not animal use. However, many veterinarians prescribe it to furry patients who suffer certain types of allergies.

How Does it Work?

Histamine acting on the H1 receptor causes symptoms of itchiness and redness in sunny and pollen-filled conditions. Zyrtec blocks those receptors, temporarily relieving those symptoms. For dogs, this condition is called dermatitis. But this may come as a result of any number of other conditions, as opposed to air born allergens. It usually manifests itself on the skin. Zyrtec is frequently used as a treatment for dogs suffering from dermatitis.

Dermatitis, or eczema, is an inflammation of the skin, characterized by swelling, redness and itchiness on the skin. The causes of dermatitis are unclear though many suggest that it is caused by a breakdown in interplay between the immune system and the skin. Treatments are most often a cream or moisturizer. Steroid creams are offered to those suffering from high levels of eczema, whilst moisturizers are given to those with lower levels.

It is quite common for dogs, especially older dogs, to suffer from dermatitis, and there are several medications available for treating this condition; Zyrtec is one of them. But before you begin a course of medication with your dog, you should consult your vet, because, as previously noted, medications can also lead to allergic reactions, in both humans and dogs.

If you are reluctant to try drugs as a remedy for your dogs’ itchiness, try a natural remedy before resorting to Zyrtec. Natural remedies can provide the same results without the risk of side effects. Derma-Ionx is a natural supplement for dogs of all ages that can be applied as a liquid gel into the mouth or onto the dog’s food to prevent and treat skin irritation.

If your dog is suffering from itchiness caused by dermatitis, and you have exhausted all alternatives, you should use a form of Zyrtec that contains cetirizine as the only active ingredient. Zyrtec-D contains pseudoepehedrine, which is dangerous for dogs. Pseudoephedrine causes stimulation of the nervous system and cardiovascular systems, which could lead to heart, liver or kidney failure. Signs of ingestion would include agitation, hyperactivity, restlessness, tremors, tachycardia, hypertension, hyperthermia, panting and mydriasis.

If you find your dog has ingested pseudoepehedrine, the treatment is similar to amphetamine toxicosis with with acepromazine or chlorpromazine. Valium is generally a bad idea in this situation as it has the potential to worsen the situation altogether. Cyproheptadine, often sold as Periactin, is a better option. It’s a muscle relaxant that’s less likely to produce an abrasive reaction.

Zyrtec was tested on pregnant dogs to ensure the safety of use during pregnancy. Pregnant dogs were given high levels of cetirizine with no damage to the fetus. These results suggested that cetirizine, and therefor Zyrtec, is probably safe for dogs during pregnancy. However, the drug did pass through small amounts of breast milk, so it should be avoided by nursing dogs.

It should be noted here that if your dog is suffering from liver or kidney problems, you should not give it antihistamines of any kind. These can be potentially fatal.

It’s recommended to consult with your veterinarian before giving zyrtec to your dog. Your vet will provide the exact dosage and other details you should know. However, as a general rule of thumb when providing your dog with Zyrtec, half a milligram per pound of body weight, once a day, is a reasonable dosage.

Zyrtec should be taken orally with or without food.

Because dogs are such curious things, they naturally sniff around the house and garden. For this reason they are prone to allergy problems, including hay fever. It’s wise to remove potential allergens from the house to prevent the need to dose your dog. Despite humans reacting badly to pollen, getting your dog outside more might also help. They are more likely to react to allergens inside the house, rather than ones outside. This is also a good way for them to shed the allergens that collect on their fur coats.

Humans are much more expressive about their allergies. Dogs, despite the odd sniff and sneeze here and there, will not make too much of a fuss about some itchiness. The truth is that most allergies will pass on their own accord, and so often you might find that Zyrtec wasn’t needed at all.

However, when a dog has severe allergies, you will notice it. This is when it’s a good time to consider the likes of Zyrtec. If they are biting or gnawing severely on specific parts of their legs, you should do something sooner rather than later, as they will damage themselves. Examine the area in question. If you can’t see reason enough for such irritation, like fleas or ticks, you can assume that it’s an allergy or some kind of reaction to something in the air. This is when Zyrtec will give your dog relief. If the issue persists, you should consult your dog’s vet. Zyrtec can provide them with temporary, short-term relief. If they continue to be agitated, they may need long term help, which Zyrtec or any other antihistamine cannot provide.

So while Zyrtec, when used responsibly can produce short term relief for your dog, it is wise to try other alternatives. Firstly, do not be overly enthusiastic with it. Observe your dog for an afternoon and if the problem continues, inspect the area of disturbance. If you struggle to find obvious reasons for such irritation, try a natural remedy in the mouth or food. Finally, if this has been of no benefit, use some Zyrtec for short term relief and consider consulting your vet if you feel that the problem is a longer term issue that needs further treatment.