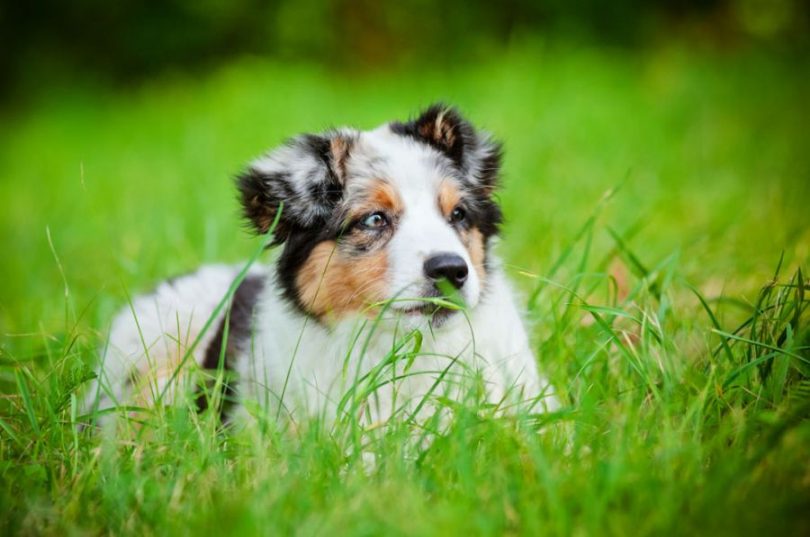 Anaplasmosis in dogs comes in two forms and it basically is carried by ticks. This can affect your pets and your own body so it is important to know more about it. Ticks carry several dangerous diseases and among them the most known one is the Lyme disease but anaplasmosis is also a threat.

The bacterial disease known as anaplasmosis has either the type of Anaplasma platys which will infect the platelets of a dog or the type Anaplasma phagocytophilium which infects the white blood cells of your dog. The second form mentioned is one that is passed on to humans as well so it requires even more attention.

There are many regions in the world where this disease can be a threat and basically anywhere there are ticks this is a threat. The organizations monitoring parasites noticed an increase of the cases of anaplasmosis in dogs recently so it is definitely something that you should know about. 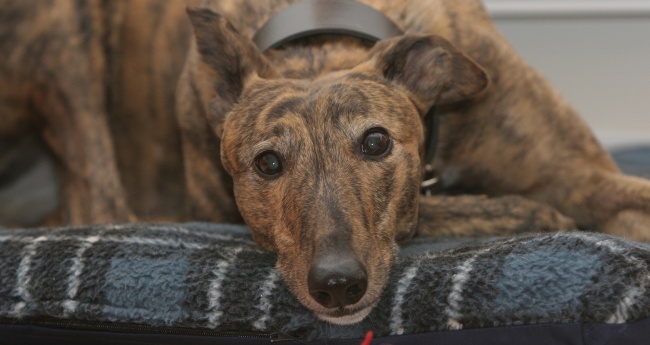 We already mentioned that ticks carry it and to be more specific we are talking about the brown dog tick for the Anaplasma platys. The Anaplasma phagocytophilium is transmitted by the deer tick and the western black-legged tick and these two also carry diseases such as Ehrlichia, the Rocky Mountain spotted fever or the dreaded Lyme disease. Dogs cannot transmit this bacteria to people but you can also get it from a tick.

The signs that the pet has this disease will only appear after one or two weeks from the tick bite and the transmission of the bacteria. The symptoms will differ according to the organism that infected the dog and we should take them separately.

The more common form is the Anaplasma phagocytophilium and it has non-specific symptoms such as an overall lethargy with fever, lameness and pain in the joints. Other symptoms are headaches, chills and sometimes coughing or vomiting and diarrhea. These symptoms can be caused by many things and this is why it is difficult to diagnose this problem. 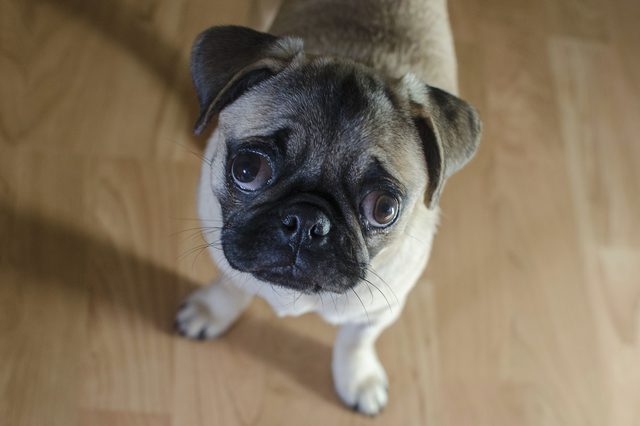 The Anaplasma platys infects the platelets that help with the clotting of the blood and thus the pet will bleed for a much longer period of time. They will also have bruises and red spots on the gums and belly and their nose could bleed.

The diagnosis of this disease is made by performing a physical examination and there are some tests that can be run to determine the exact problem. If there is a history of tick exposure or if they live in an area where the cases are frequent then they will probably be better prepared to find the cause.

The blood will tell you how the platelets and blood cells are doing and thus this is one of the best ways to determine if this is the problem you are confronted with. More accurate tests will be performed in a laboratory.

The treatment to this disease is based on an antibiotic called doxycycline and the earlier the disease is identified the easier it will be to treat. Most of the dogs will improve after the first few days but the treatment has to be continued for 30 days in total and the prognosis for full recovery is very good.

One of the problems that arises though is that dogs who had this disease will continue to test positive for anaplasmosis even if they are in reality completely healthy. These dogs are persistent carriers but won’t show any clinical signs.

Prevention of the Disease

Obviously the best prevention is to keep ticks away from your pet and the easiest way to do this is not to have the dog in places where ticks hide. This is easier said than done though and there are other solutions our there. The tick prevention treatments aren’t particularly efficient since ticks will probably still bite your pet. The spot-on treatments, oral medicine or tick collars will also have uncertain results depending on their quality but the best idea is to consult with a veterinarian and see what they recommend.

As we mentioned above, it is much better to detect the disease early and this means that you should check your dog for ticks every day after taking them out for walks. Ticks like to hide into hard to spot places so check the area between the toes, under the collar, the ears and the armpits carefully. For the fur you can run your hand through and check for any existing bumps since they usually will stand out from the surface of the skin. The size of the ticks varies depending on how long they have been attached so even if you don’t notice them the first day you will probably see them in the next. 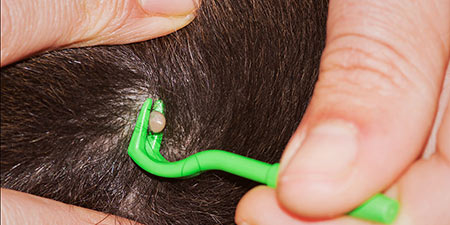 The ticks aren’t very easy to remove since their head is buried so deep. If you just take the body away and leave the head it will still cause a lot of trouble. Perhaps it isn’t a bad idea to have a veterinarian take care of this but you can also try it yourself with tweezers. There are special devices for removing ticks and if the area where you live is an endemic region then it might be a good idea to buy one.

Do not handle ticks with your bare hands and don’t grab them around their swollen belly. You want to get as close to their mouth as possible and gently pull the tick straight out until the mouth lets go of the skin. Don’t twist them since the head may break and once it is out you can throw it down the toilet or put it in alcohol in case you want to show it to the vet. After your pet was bitten by a tick it is a good idea to see a specialist and they will also test for possible diseases.