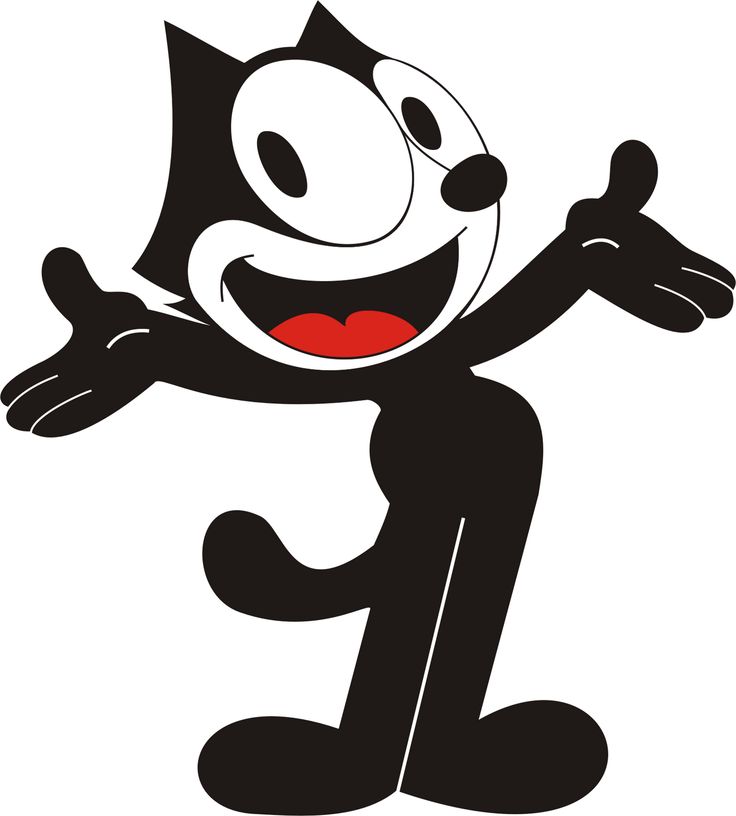 Cartoons use a lot of animals as characters since they are considered more innocent and closer to children in that manner so it is easier to relate to them. Cats are among the most beloved pets as they are so cute and fluffy so it is no wonder that these adorable creatures are featured so extensively in cartoons. That being said, here are the top cat cartoon characters names and a bit of information about them in case you are thinking for a pet name.

We start our list with a character who looks like a cat but is actually a lot more ferocious. One of the most recognizable faces in the Disney universe is Simba, the pet lion shows us the world of the savannah through his young eyes. The character from The Lion King has been very appreciated due to the expressive face and his personality that is very close to that of a human being. You cannot fall in love with the movie since it is one of Disney’s masterpieces and even if he isn’t a cat many choose to name their pet after this character. 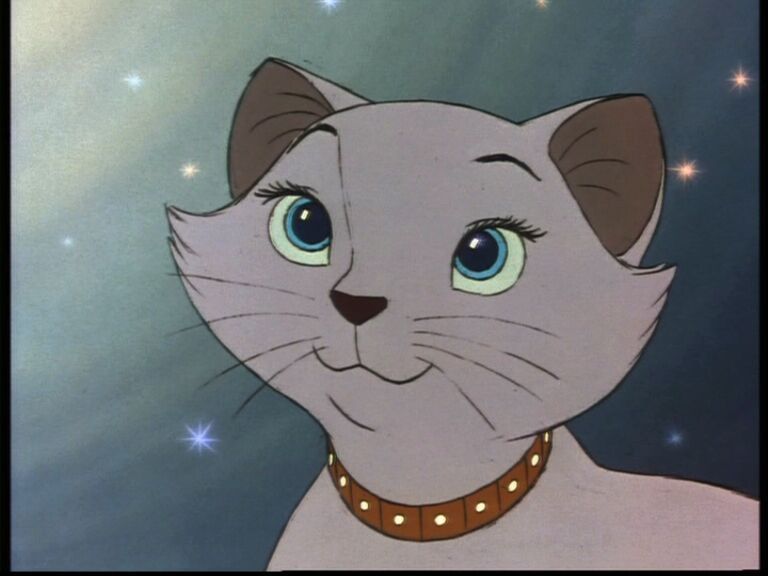 Continuing with the Disney features, one of the protagonists of the 1970s animated film The Aristocats is Duchess, the mother of Marie, Berlioz and Toulouse. The long-haired purebred white Turkish Angora cat has blue eyes and she wears a gold collar studded with diamonds. She is very elegant and also devoted to Madame Adelaide Bonfamille, her owner. Kind and friendly to everyone she knows music and focuses on raising her kittens to behave well in high society.

The animated TV series made by the Hanna-Barbera studios was quite popular in the 1960s and they featured a gang of alley cats which roamed the streets of Manhattan. The “villain” of the show was the local beat cop Charles Dibble who was always trying to evict the cats by catching them doing something illegal. The main occupation of the cats was to earn some quick money. The series is a social commentary about people getting caught into a poor environment and aside from the main character Top Cat and the officer you also have other cats like Benny the Ball, Choo-Choo or Brain, Spook. 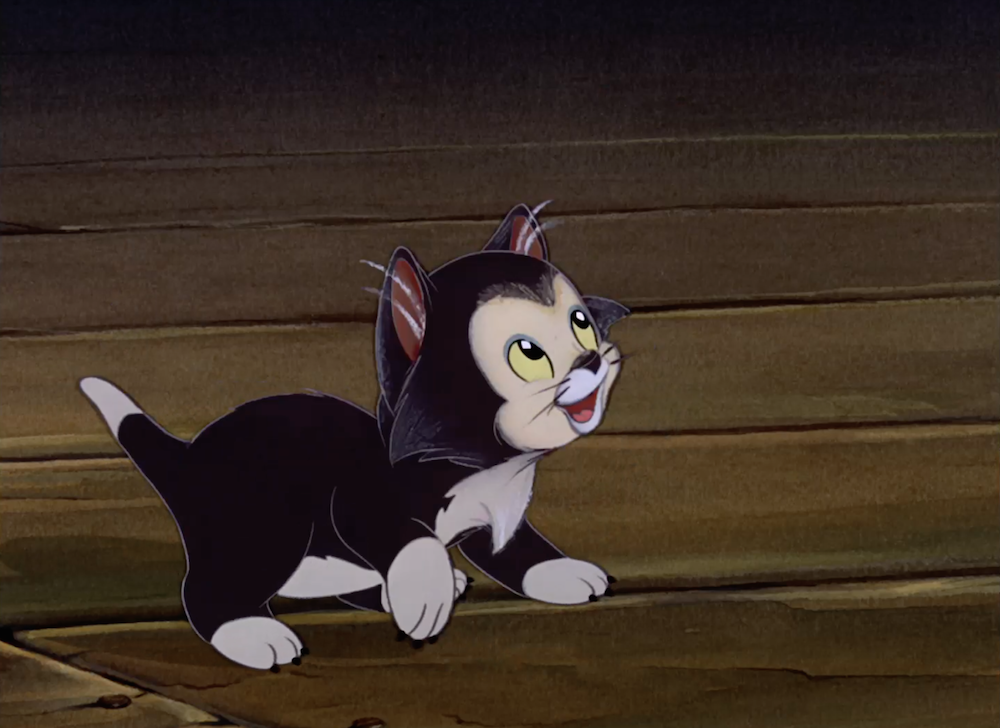 Another Disney cat, Figaro started as a supporting character in Pinocchio but as he was so popular Walt Disney decided to make him appear in other cartoons too so he became the pet of Minnie Mouse. A series of cartoon shorts appeared with him as the main character. His personality is that of an immature and spoiled boy who dislikes many things but deep down he has a heart of gold. As he wasn’t as cute and gentle as many cats are depicted, he was appreciated to be closer to the personality of a real cat and one of his favorite occupations was to torment Pluto.

The oldest character in our list is Felix the Cat, a cartoon that was created in the silent film era. He was also popular in comic strips in the era and today he is considered one of the greatest cartoon characters of all times. He is used as a mascot in a lot of places due to the surreal character of the animations and due to the simple, yet very easily recognizable traits of this cat. 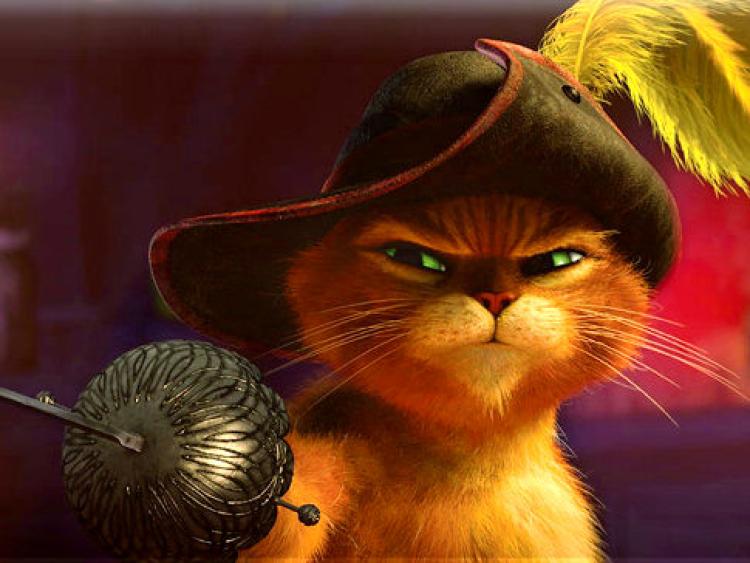 The sidekick of Shrek is a parody of Zorro as he is a smooth-talking cat that has a Spanish accent and wields sword. He first appeared in Shrek 2 and depicts some of the common tropes that cats have. He uses his cuteness to distract the enemies, he is coughing hairballs or likes to chase spotlights. The orange tabby cat with great eyes is a proud and honorable fighter who likes to charm the ladies and he was featured in several films after the first appearance as the main protagonist.

The Tuxedo cat won three Academy Awards through the Looney Tunes and Merrie Melodies and he spends his time either chasing Tweety Bird or even Speedy Gonzales but is often outrun or outwitted by the two. Sylvester appeared in 103 cartoons during the golden age of Looney Tunes and he is known today for his trademark lisp. This is emphasized best in his often used expression “Sufferin’ succotash!” 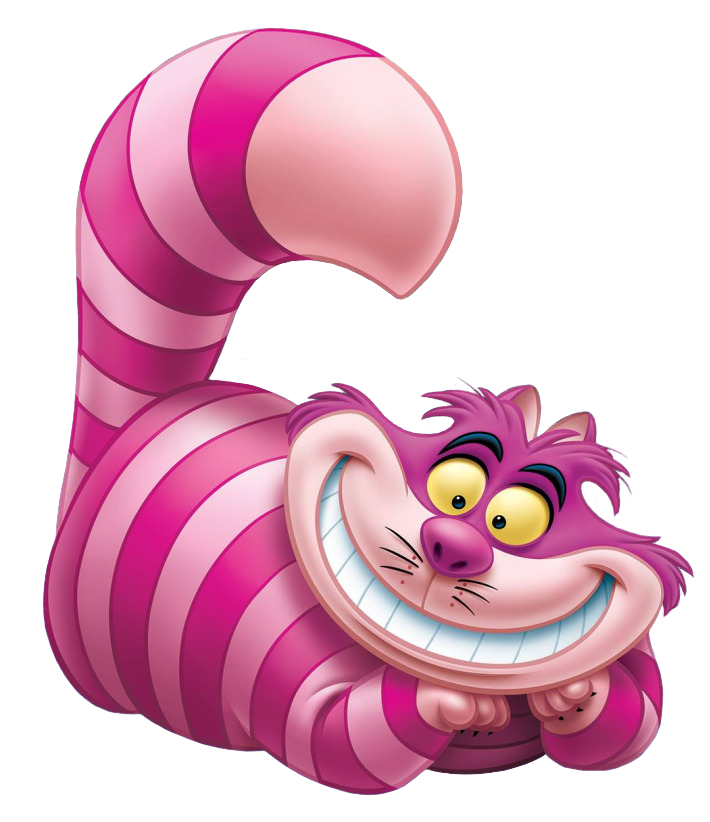 Alice in Wonderland is one of the most beloved children’s novels and Lewis Carroll loved to portray animals here who tend to have some of the traits we would expect from them or doing very human-like activities. The Cheshire cat stands out through her vexing discussions that aim at annoyance above all else. Quite the philosopher, this cat is always baffling and at one time the cat disappears gradually until nothing is left but the grin. To this Alice remarks that she has often seen a cat without a grin but never a grin without a cat.

The long running franchise created by Jim Davis has this cat as the main protagonist. Garfield is an overweight anthropomorphic orange tabby who loves lasagna since the first day. In the comic strip of November 14, 1978 (the year when Garfield first appeared) Jon noted: “I love cats. I wanted a cat… So what do I do? I go to the pet store and ask for a cat. What do they give me?… A lasagna with fur and fangs. ” The cat has been appreciated due to the sarcasm, laziness, arrogance, selfishness and passion for food, traits that many cats have but also many of us so it is no wonder everyone loves him. 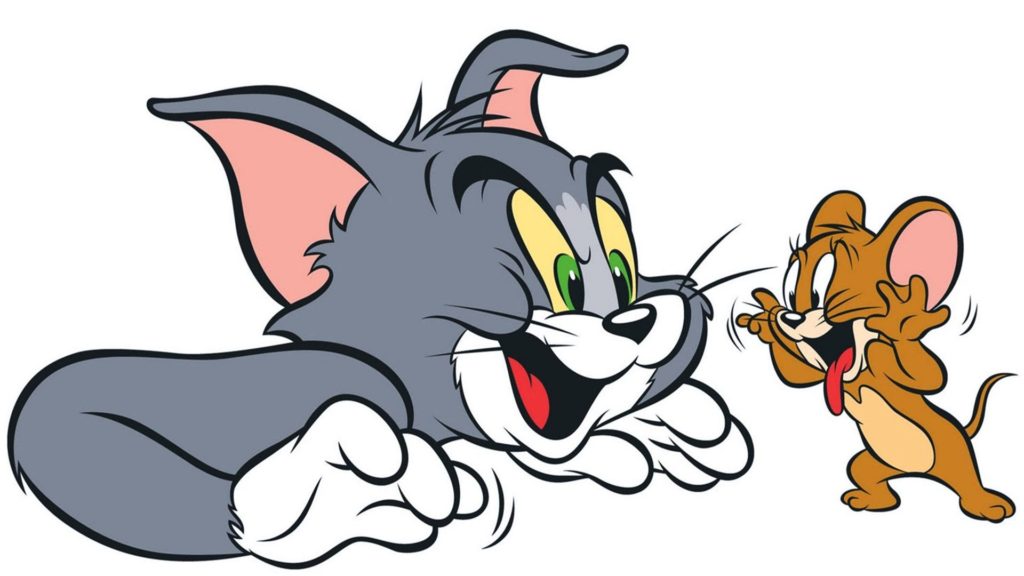 Tom and Jerry are among the most popular cartoons in the world and the eternal chase between cats and mice has been something they many of us enjoyed during our youth. Metro-Goldwyn-Mayer’s series was created by William Hanna and Joseph Barbera in 1940 with the rivalry between a cat and a mouse being the central theme. The slapstick humor and the lovable characters awarded the first run with seven Academy Awards for Animated Short Film and they continued afterwards being still extremely appreciated today even if criticisms of violence or other bad habits often were raised.