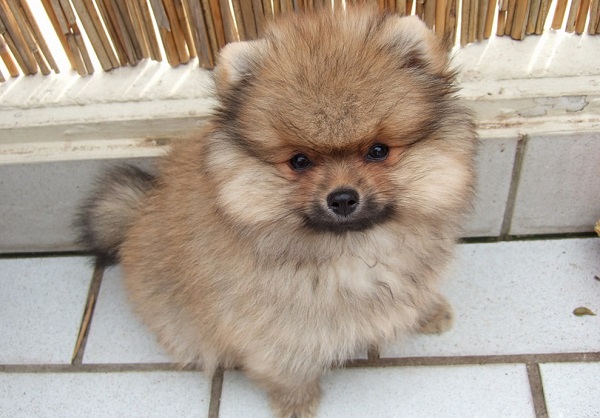 The Teacup Pomeranian or Mini Pomeranian is a type of the popular Pomeranian dog, but its’ the smallest in size compared to all of the other types. In order to produce such a small type of dog, two underweight and small dogs, known as the sire and the dam will get together and go through the mating process. As a result, very tiny puppies known as the ‘Teacup Pomeranian’ are bred on a large scale. Typically, this kind of dog is very popular due to its’ tiny size and mobility. Compared to other types of puppies, the ‘Teacup Pomeranian’ commands a high premium price for those would-be owners who want to purchase one. A ‘Teacup Pomeranian’ is classified as a “teacup” kind of poodle because it weighs more than three pounds, which is bigger than a “toy” kind of poodle, which is the smallest kind of dog.

Over the centuries, the Pomeranians have shrunken in size since the 1800’s and 1900’s when they used to weigh about 30 pounds on average. This type of Pomeranian used to be known as a working dog that would help their owners’ chase after large quarry and other mammals. Since then, marketing has played a role in owners’ taking a liking to smaller types of dogs who are sold at a higher price. ‘Teacup Pomeranians’ are still not recognized as their own unique breed but are simply a smaller kind of the regular breed of the Pomeranians.

Because the ‘Teacup Pomeranians’ are smaller than the regular Pomeranians, they are often at a higher risk of having health issues during their lifespans. These health risks become greater for those Pomeranians that weigh less than three pounds compared to those who weigh three pounds or more. Due to their low weight and small size, the ‘Teacup Pomeranian’ is at a high risk of developing a collapsed trachea, hip dysplasia, and luxating patella. Because of these risks, you would have to be more careful when taking this type of dog for a walk in the park or letting your kids play around with it. The neck and back of the ‘Teacup Pomeranian’ is very fragile and delicate so it’s necessary to use a harness rather than a collar or leash. 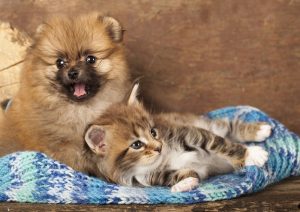 In addition, the ‘Teacup Pomeranian’ will be at a higher risk than regular-sized Pomeranians for developing hypothermia (low body temperature). When they contract a cold or a fever, the owner will have to monitor the teacup’s body temperature to make sure there isn’t a huge drop or rise in the body temperature of the dog. Because they are so small, ‘Miniature Pomeranians’ are also vulnerable to have stunted growth in their bones, organs, and other body parts. This could potentially lead to heart problems among other complications, which could put this type of Pomeranian at higher risk for a shorter lifespan.

Monitoring the ‘Mini Pomeranians’ weight is important because it is at risk of dying if it hasn’t reached at least two pounds before it turns eight weeks old. If those concerns weren’t enough, the ‘Teacup Pomeranian’ has a higher likelihood of developing skin infections, tooth problems, thyroid problems, and diabetes. Due to the high costs of buying a tiny Pomeranian along with the higher potential of having veterinarian medical bills in the future, it’s necessary for new owners of this dog to get an official medical clearance for your pet before you decide to purchase one of these Pomeranians. A quality dog breeder should be able to give you the medical clearance that you require before purchasing this dog from a pet store. 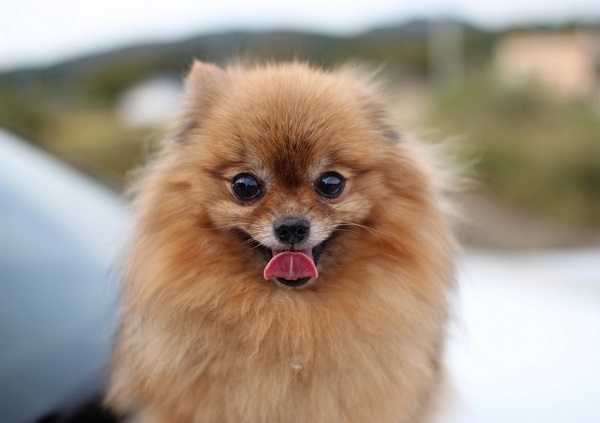 Cost of Buying a ‘Teacup Pomeranian’

‘Teacup Pomeranians’ usually act the same as regular-sized Pomeranians in terms of their behavior, temperament, and character. A lot of their overall personality comes down to how each individual ‘Teacup Pomeranian’ was raised and what kind of social environment it was developed in from infancy. There are a few common attributes that have been associated with the these Pomeranians over the years: privacy, alertness, and intelligence.

Pomeranians are adamant and strict about maintaining their privacy whenever possible. Even when it comes to their human owners or their animal friends, ‘Teacup Pomeranians’ eventually need their own personal space and can be quite introverted. They can bark and yell quite loudly when they feel that you are invading their privacy. When a visitor comes to your house unannounced, a ‘Teacup Pomeranian’ will be the first to know and bark very loudly. This kind of dog is among the most alert of all breeds and have a keen sense of hearing for intruders or visitors. Pomeranians including the ‘Teacup’ kind are among the smartest and most intelligent of dog breeds, and pick up on things rather quickly compared to other breeds. 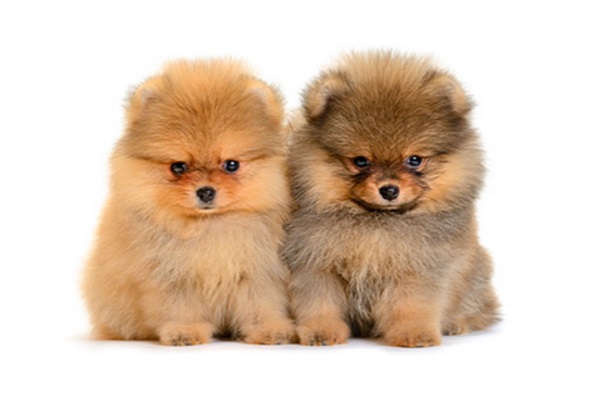 Taking Care of the Teacup Pomeranian

When you first get your ‘Teacup Pomeranian’, it’s important to make sure to take your pet to the local veterinarian to give it a medical check-up and a physical. The most important thing is to have a healthy pet before you take it home to play with your family or friends. Compared to the regular-sized Pomeranians, the ‘Teacup’ must have frequent access to food and water throughout the day. Having separate bowls of both dog food and water will help keep your dog healthy and allow it to have energy on a consistent basis. Also, be prepared to re-fill the water and food bowls a few times each day so the ‘Teacup’ can get the hydration and sustenance it needs. It would also be useful to set up a play area for your dog in the house or apartment. Having access to multiple toys, a playpen, and a small bed will create a better lifestyle for the Pomeranian and improve its’ mental health.

Since the ‘Teacup’ has a very tiny body, it’s important to monitor its exposure to the elements, and to make sure that you avoid putting your pet into areas with extreme high or low temperatures. It is a common fact that small dogs cannot handle extensive exposure to extreme temperatures or climates compared to bigger dogs. While physical activity and exercise should be encouraged for the ‘Teacup Pomeranian’, it should be a moderate amount each day and you’ll want to make sure to not be too intense or extreme. The ‘Teacup’ has a limited amount of energy due to its small frame so it’s important to keep that in mind. Since they are very small, it is a good idea to only have its owner carry the pet or to let a trusted family member or friend hold it for a while. Dropping the ‘Teacup Pomeranian’ accidentally should be fatal or severely harm the dog. Rough physical contact with this type of dog must be heavily discouraged and it is best to keep the ‘Teacup’ in a safe, carefree environment where it can lead a good life without any danger.

Pomeranians have a thick double coat, which needs to be brushed on a regular basis, preferably at least twice a week. 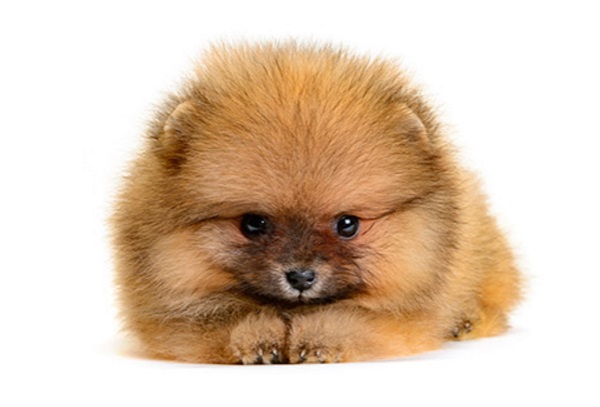 If you’re really on the hunt for a true ‘Teacup Pomeranian’ compared to a normal-sized Pomeranian, it’s important to be on the lookout for fake breeders who will try to sell you a dog that is not what it seems to be. You’ll want to make sure to buy a fully-grown ‘Teacup Pomeranian’ that is more than eight weeks old in order to avoid this potential mishap. Do your research when it comes to the dog breeders in your area, look at the reviews of potential breeders, and see if they are legitimate or not. Reputable breeders will usually have a website, or a store that you can visit and you should be able to ask them about their qualifications before you purchase a pet from them. Always ask about how old the puppy is and to verify its’ age with an authentic birth certificate before you purchase your ‘Teacup Pomeranian.’ It can also be recommended to buy a fully-grown ‘Teacup Pomeranian’ to avoid any unwanted surprises that can come from buying a young puppy and then see it turn into a regular-sized ‘Pomeranian.’ Real dog breeders will also give you a legitimate, medical clearance for your ‘Teacup’ before you decide to spend your hard-earned money on purchasing this type of dog. Getting these documents verified and signed is a good way to prevent you from getting scammed by illegitimate breeders.

Check out how tiny the Teacup Pomeranian actually is:

‘Teacup Pomeranians’ should have a healthy and balanced diets of proteins, dry food, and treats. Proteins such as canned or boiled liver, chicken, beef that has been cooked already will be good kinds of protein to serve to your ‘Teacup’ dog. If they don’t get enough protein, your dog could become underweight and malnourished. Their immune systems are not tough enough to digest raw food so the proteins must be cooked beforehand.

Since tooth loss is a big concern with these‘Teacups’, feeding your dog dry food will help keep the teeth and gums healthy and strong. The dry food should be served in bowls to the ‘Teacup’ on a daily basis as well. The dry food should also be made up of tiny pieces because if they are too big, the ‘Teacup Pomeranian’ runs the risk of choking on the dry food.

In addition to proteins, and dry food, giving your ‘Teacup Pomeranian’ an occasional treat for good behavior is recommended. Positive reinforcement is part of making an obedient and respectful dog. Be careful though because giving your dog a lot of treats at one time will lead to a high risk of the ‘Teacup’ choking on the treats. They should be small in size for their tiny throats and stomachs. Avoid giving your dog grapes, chocolates, onions or garlic, these kind of people foods could cause serious harm and even death to your dog. As with all other aspects of the ‘Teacup’, be careful about what types of food you are feeding the dog at all times. While a cute and popular breed for many pet owners, this kind of Pomeranian needs special care and attention at all times.