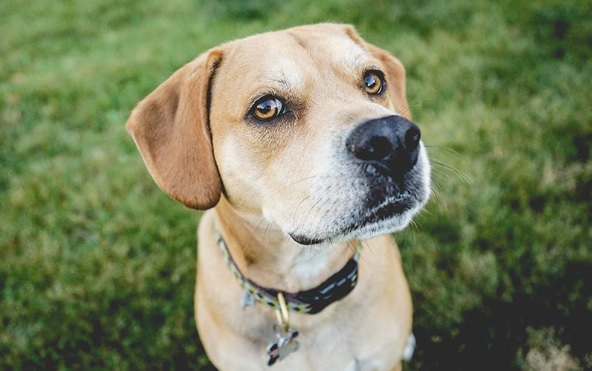 What is a Labrador Pitbull mix? In the dog breeding world, there are many people who are obsessed with maintaining pure breed, pedigree dogs for competitions. However, there are also breeders who look to combine the traits of certain dogs by breeding them together to create a new kind of dog. Some of these mixed breeds quite frankly defy the laws of reason (who can imagine a Pomeranian mating with a Siberian Husky to make a so-called Pomsky?) but others end up creating great new dogs.

The recent trend for Pugs saw a number of cross breeds, with one of the most popular being the Puggle. This mix of a Beagle and a Pug is a cute family pet. Other cross breeds attempt to marry the physical attributes of one breed with the temperament of another, as is the case with the Labrador Pitbull mix. 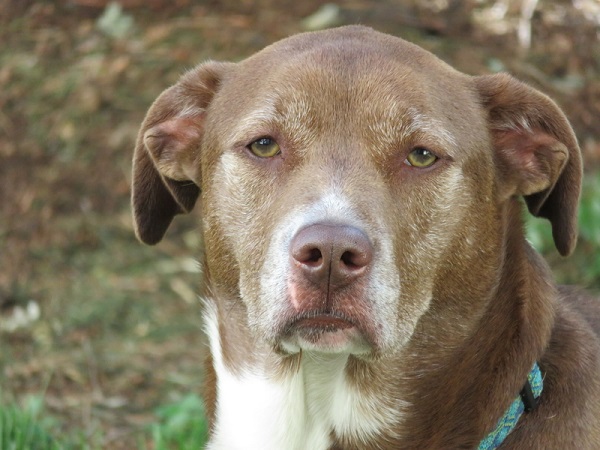 It is difficult to say exactly what sort of character an individual cross breed dog will have, because the individual may live up to characteristic traits to a different extent than other dogs in the same litter. However, the Labrador-Pitbull mix is almost certain to be an enthusiastic, lively dog.

Known as Labrabulls or Pitadors, the dogs should in theory combine the traits of Labradors and Pitbulls. However the situation is complicated due to the fact that Pitbulls are not a single breed of dog, but rather a grouping of a number of different breeds.

Two of the most common pit bull type dogs are Staffordshire Bull Terriers and American Pit Bull Terriers. For the purposes of cross breeding with a Labrador it is likely that their characteristics are similar enough for us to consider them as the same.

It is important to be aware that if a breeder tells you that your dog is a Labrador Pitbull mix without being able to name the specific breed of pit bull type dog, you should consider using another breeder. Breeders should know the exact details of each of their dogs in order to provide puppies to new homes.

With Labrabulls/Pitadors, it is difficult to tell what their character will be. It could be that the pit bull side is more dominant, or the Labrador side shines through more strongly.

By summarizing the main characteristics of both Labradors and pit bull type dogs, we can gain a general idea of what your Labrabull/Pitador might be like.

It is hard to find a breed of dog that suffers from such a bad reputation as these pit bull type dogs. They are widely maligned in the media for their supposed aggressive nature and association with dog fighting.

While pit bull type dogs were bred for blood sports in Europe in the past, they have evolved to become companion dogs and service dogs. However there are still some owners that take advantage of the dogs’ intensely loyal nature in order to make them aggressive.

It must be said that pit bull type dogs are unfairly treated in the media. The problem is not the animals themselves, but certain unscrupulous owners that want to make an angry dog in order to intimidate people or other animals.

Pit bull type dogs are in fact loving animals that make great companions. They are highly energetic and need a lot of exercise.

While they are intensely loyal, the breeds do have an independent streak. They need consistent training from a young age, but pit bulls are known to work hard to please their owners.

If you live in the United States, chances are that you have seen plenty of Labradors in your time. The breed is the most popular in the U.S. by a long way, becoming the classic family dog after their ancestors worked as fisherman’s companions in Newfoundland.

Later in their development, they were bred as retrievers, helping their owners on hunting trips. These days, Labradors are better known as family dogs, with a tranquil, gentle nature.

While they may be largely docile, Labradors are energetic and need plenty of exercise. This playful nature means that they are good with strangers, and therefore not the best guard dogs. You are more likely to find your furry friend playing around with an intruder than wrestling him to the ground!

The upside to this sociable nature is that Labradors are among the easiest dog breeds to train, and are known to be intelligent. They need regular grooming to keep their double-layered coat in good shape. 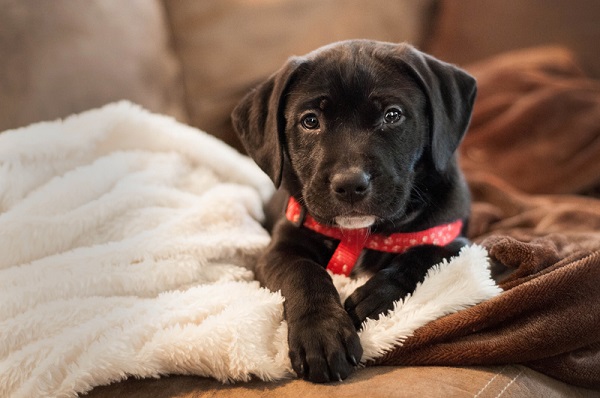 As a combination of the two types of dogs discussed above, Labrabulls/Pitadors are an interesting cross breed. The history of the two dogs is completely different, and of course this can have an effect on their behavior.

Pit bulls are known to be dominant and don’t take well to the presence of other assertive dogs. If you already own another pet, this could be a good way of working out which of the Labrador or Pit bull genes is dominant in your new dog.

If the Labrador genes are dominant, your new pet will be generally friendly with other animals and strangers, while it will be more aggressive with strange animals and people if the Pit Bull genes are stronger.

However, this is only a very general way of guessing at the character of your new dog. There are many other factors that come into play, all of which require a specific course of action from the owner.

Here we discuss some of the more general traits that you can expect in your Labrabull/Pitador:

Doesn’t bark as much

While the Labrador is known to bark, pit bulls do not bark that much. This means that your new dog should bark less than the average Labrador.

When it comes to training, it is encouraging to note that both breeds respond well. Labradors, generally respond more easily than pit bulls, so you can expect a relatively easy ride with your new pet. Training can also serve to forge strong bonds between an owner and pet.

As with any breed of dog, Labrabulls/Pitadors need to be properly cared for if they are to behave themselves. With consistent training, the cross breed will become a loyal and devoted companion to its master and their family.

Well-trained cross breeds may go some way to reducing the bad reputation suffered by pit bull type dogs. Do not be put off by any discrimination that you may suffer at the hands of other dog owners who assume that any dog with pit bull genes will necessarily be aggressive.

Take your time to train your new dog and you will have a wonderful pet for the next 10-14 years.

Both constituent breeds enjoy exercise, and the cross breed is no different. Make sure that your dog is taking long walks every day, and also gets to run and stretch his legs regularly. If you are not an active person, Labrabulls/Pitadors can be a tough dog to handle as their energy can be turned to destructive pursuits if they do not get enough exercise.

Grows to be quite large

Another point to consider is that these dogs generally grow to be quite large. This means that they are unsuited to small apartments, and prefer to live in houses with large yards.

The cross breed has an average height of up to 24 inches and an average weight of 45-90 pounds.

If you work long hours or otherwise spend a lot of time outside of the house, it might be best not to get a Labrabull/Pitador. The breed is unhappy when left alone for long periods of time and sometimes destroys things in protest.

As with any breed of dog, Labrabulls/Pitadors need to be properly cared for if they are to behave themselves. With consistent training, the cross breed will become a loyal and devoted companion to its master and their family.

Check out this cute lab and pitbull mix:

Due to the fact that they have short coats, this cross breed is better suited to warm climates rather than cold. However if you do live somewhere slightly more frigid, you can always buy your dog a jacket.

In terms of health concerns the Labrabull/Pitador is known to be generally healthy as neither parent breeds have any common problems. However it is always best to ask your breeder whether the specific parents of your new pup had any history of particular illnesses.

Cross breed dogs are always something of a mystery when it comes to predicting character traits. While this article has explained some possibilities of what you can expect, it is important to remember that each individual dog is different.

If you are a committed dog owner that has the time and dedication to engage in regular exercise and training, this cross breed could be for you. Experienced dog owners tend to fare better than first timers due to the need for early, consistent training and socialization.

If your dog senses that you are not providing leadership, it could start to develop a stubborn, independent side that may lead to problems further down the line. This is also true for those that live in small apartments or do not exercise their dog enough.

People that take on a dog that is unsuited to their home or lifestyle are only inviting problems for the dog and for themselves. Most dogs have the capacity to turn destructive if they are not exercised properly or left alone for long periods of time. For large dogs such as the Labrabull/Pitador, destructive behavior can cause serious damage to your home and belongings.

This cross breed is a rewarding dog if you are ready to commit time and effort to building a relationship with it. Think about all of these factors before taking in any new dog.