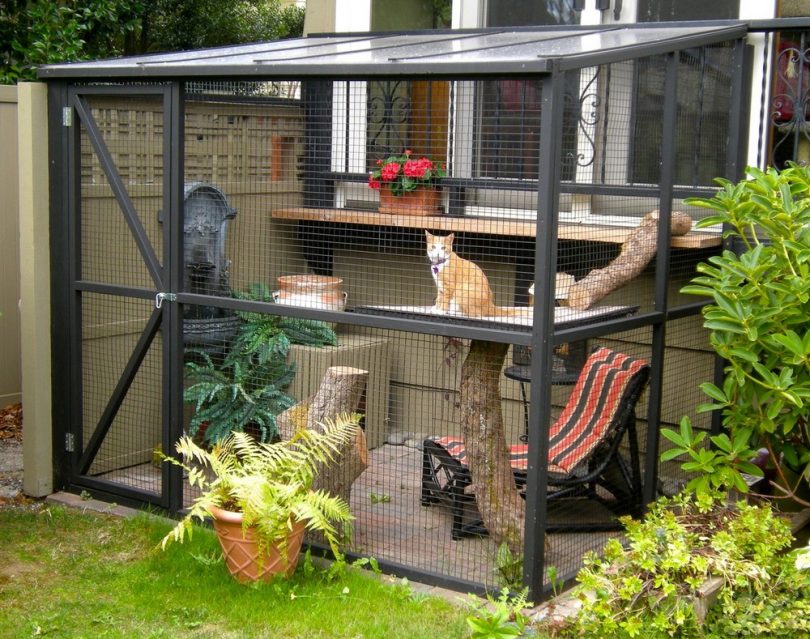 Cats love to explore and discover new things, so the outdoors is the perfect place for them, but this new territory comes with some threats and dangers as well, so here is a short guide on how to ensure your cat is safe outdoors.

Since most of us live in cities there is always the possibility for your cat to get lost and thus make sure they have some form of identification on them at all times. If your cat was used to the outdoors the transition to an apartment might be difficult for her and you still have to take the pet outside to explore.

Cats that were raised indoors are probably comfortable there and might be scared of the bustle in the city, so don’t force them to go where they don’t want to. If you live in an apartment a window seat might be the best choice, allowing your cat to see the surroundings but remain safe at the same time.

If you live at the countryside the cats probably stay much longer outdoors because there is no threat of being run over by cars here. At the same time, coyotes, raccoons, hawks or even the neighbor’s dog can be just as threatening, so you will still have to keep an eye on the cat at all times.

A porch that has a screen to protect them is the best idea due to the great connection to the outdoors that still keeps your pet safe from harm. The problem with them is that they take quite a long time to build and aren’t very cheap, but they are definitely worth the effort.

Another great option is what was called a “catio” or “habicat” which you can build yourself as a smaller screened in porch that is dedicated entirely for the cat. You can put potted plants (cat grass is usually available at pet stores), tree limbs and other toys along with their litter in there, making a safe environment outdoors.

All these options might seem difficult to create at first but they will allow your cat to spent time outdoors without the need for constant supervision. If this isn’t what you want then you can follow the model of pet dogs and take the cat out for walks each day. Find a leash and let the pet discover a nearby park as a way of bonding with the cat and allowing her to interact with new things.