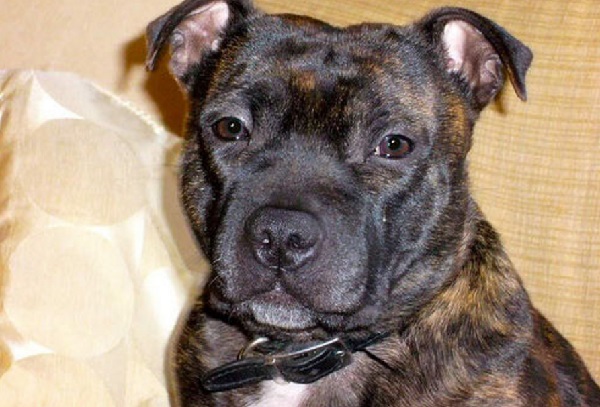 Brindle pitbulls are beautiful looking dogs. Their striped coat is reminiscent of a tiger or hyena, and they have an adorably loving face. They’re a medium sized dog with a great deal of intelligence. The emotional levels of all pitbulls is near human, meaning they form great bonds with their owners. They form strong and lasting bonds with both their owners and other pit bulls, in a similar way to other animals like dolphins, orcas and penguins. They are incredibly loyal to their group, though not terribly protective, thus making them relatively poor guard dogs. They also, like all types of pitbulls, have a very rich and interesting history. 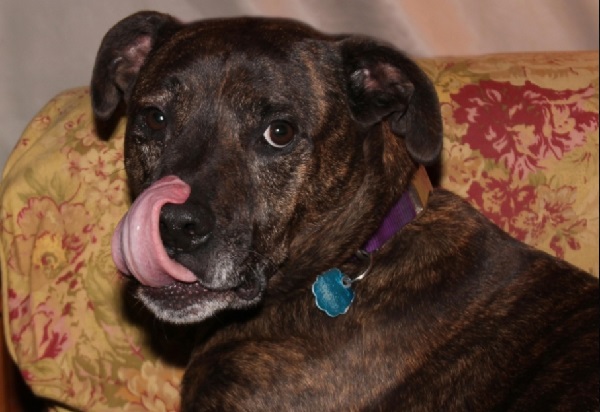 As many of you will already know, pitbulls have a history of being used as fighting dogs, through their use by various armies throughout history as well as more recent uses in blood sports, which has led to them having an often-misplaced reputation as aggressive and violent dogs. There are of course cases of pitbulls being violent, reinforcing this reputation, but they are not an inherently violent animal. But this reputation does have a place in their history.

Pit bulls were originally used as fighting dogs long before blood sport emerged; early Britons adopted a version of the Molossian dog family, which demonstrated its loyalty to their owners. Roman Emperor Claudius was impressed by the dogs to the point that he insisted on shipping many back to Rome where they were crossbred with a Roman counterpart. From 50 AD to 410 AD, the dog was dispersed throughout the Roman Empire to be used as a fighting dog. The long-term mix breeding with indigenous dogs throughout Europe led to a genetic melting pot of bulldogs, which are believed to be the direct descendants of the modern American pit bull.

In around 1086, the Normans introduced a sport known as ‘baiting’ upon invading Britain. Butchers who, while moving bulls, would set their dog on the bull introduced this. The dogs in turn would bite down on the bull’s nose until it either became submissive or flung the dog into the air, harming or killing it.  By the 16th Century, nearly every village in Britain had a baiting ring, often referred to as a pit, giving suggestion as to where pitbull got its name. The popularity of the sport in Britain was unequivocal until the government made it unlawful as late as 1835.

But the public’s thirst for blood sport remained strong. Illegal dog fighting remained a popular spectacle due to the ease of keeping it hidden from the public eye. Dog fighting needed smaller and more agile animals. Bulldogs were bread with smaller, spirited terriers, generating what is now considered to be the first pit bull terrier, which was a muscular and aggressive fighter bred specifically to combat other dogs in these illegal Coliseums.

By modern standards, this was a heartless and sadistic act. The life of early pit bulls was confined to minimal human contact and a deep desire to attack and kill any opponent. Their diet consisted of raw meat, and they were kept in darkness all day until their training or until their time to fight in the pit. They were beaten and taunted on a regular basis to maintain and develop their aggression.

If the dog was lucky enough to survive its fight but still lose, the owner would usually kill it if he saw any signs of fear or weakness because he believed the dog was unreliable and therefor unfit to fight again with the ferocity required for the horrible sport.

Throughout the 19th Century, dog fighting became a popular sport in the States when British emigrants brought their dogs across the Atlantic. But, in 1884 the American Kennel Club was established to promote the interests of purebred dogs and their owners. Initially the American Kennel Club rejected pit bulls as purebred, and also sighted the reason for their breeding, illegal fighting, as a concern.

The United Kennel Club was set up in 1898 to promote the dogs rejected by the American Kennel Club, and the pitbull terrier became a primary benefactor of this. Since then, the pit bull has gone on to become a symbol of Americana. They became so respected in America in the early 1900s that the pitbull was used in American propaganda posters during the First World War. A pitbull named Stubby became the unofficial mascot of the 102nd Infantry Division and was credited with saving the lives of several soldiers during his time at war. Stubby was awarded a number of medals and honoured with the rank of sergeant.

Despite pitbulls’ history in blood sports and wars, they are a naturally caring and friendly animal. Unfortunately, the modern dog carries this same reputation, but in fact they aren’t dangerous animals. Slowly they are becoming a favoured icon of America again. The modern pit bull is bred to be a family companion. Having said that, they aren’t perfect. Neglected, mistreated or abused dogs of any breed have the potential to be temperamental or unpredictable, especially when they are as intelligent as pitbulls and their human-like emotions.

Thankfully, many famous Americans have owned or own pit bulls, which eases their reputation, as do their stories of heroics, like Stubby’s. Theodor Roosevelt, Helen Keller, Mark Twain, Humphrey Bogart, Thomas Edison and John Steinbeck all owned a pitbull and one might argue that they are some of the finest Americans to have lived.

Brindle pit bulls are very alike to other pit bulls. They are highly intelligent, strong, loving animals. They show great respect for a strong willed owner, which makes it important for your relationship together to train them well. They respond well to this kind of treatment, and will ultimately be a better dog if trained from a young age. They will respond well to a strong personality, discipline and fair dealings; i.e. rewards and punishment.

Despite looking like tough animals, they are not. As previously noted, they are very close to their owners, but are not that protective. In reality they are very mild mannered and some might even say overly friendly. Due to their history, many would believe that they have a dislike for humans. But this is untrue. Obedient, well-trained pit bulls are very loyal and loving towards their owners. However, they are rather territorial and do not take well to perceived invasions of their home or space. 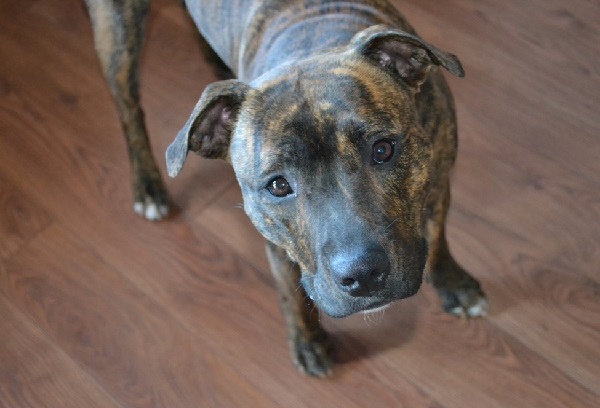 Like all pit bulls, they have a lot of energy and need regular exercise. They are capable of, and need, at least 45 minutes to an hour of exercise a day. Without this, they can become irritated, hyperactive, aggressive and generally badly behaved. So it is important that, as an owner considering a Brindle pitbull, that you are also active or at least willing to be active with the dog.

Brindle Pitbull’s coat is short and smooth. As with any shorthaired dog, they are low maintenance when it comes to grooming. Once a day brushing , or once every other day will be enough to keep their coat healthy.

They do not shed their hair heavily, no matter what time of year. This makes them an ideal dog for a homeowner who takes pride in the cleanliness of their house.

Generally, the Brindle Pitbull’s coat is light brown with a few black tiger-like stripes. Some Brindle pitbulls coat has no stripes and comes entierly in brindle color.

Because the Brindle pitbull is a high-energy dog, it needs to have a balanced diet, more so than other dogs. They should be fed a diet of high protein foods. Chicken based kibble is a good place to start, but adding raw eggs to their diet is also very beneficial. To add some extra calcium to their diet, which will help to give them a strong bone structure, you can crush up the egg shells into a fine powder and sprinkle them over their food, as eggshells contain high levels of calcium. Eggs are actually quite a complete food for dogs and make a great addition to any dog’s normal diet.

In conclusion, Brindle pit bulls are lovable and intelligent dogs. They need discipline and love in equal measures in order to develop into a low maintenance dog. They are one of the best dogs you can adopt as a young family, so embrace them and they will become a brilliant addition to the pack.