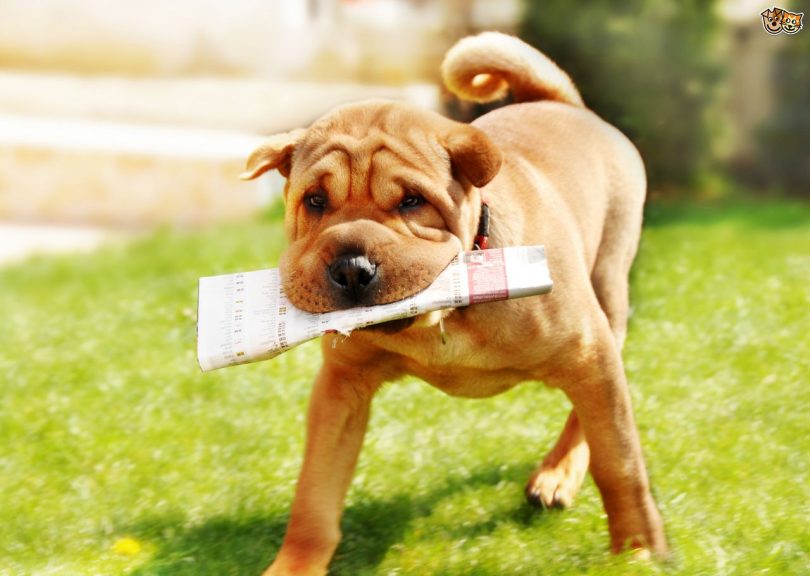 Though sometimes you would like to think otherwise, food is a dog’s first priority, so the first step to successful training is to prove yourself as the leader. This can be achieved by showing him that he can only have his food at your discretion and command. Feed him his dinner, allow him to eat for a few seconds, then take his bowl away from him.

How to stop any aggression

Use an appropriate sound each time you do so, such as “leave” or “stop”, and hold the bowl for a few seconds. Provided he didn’t show any aggression as you removed the bowl, assure him ‘good boy’, give it back and allow him to continue eating. Repeat this two or three times during each meal for a few days, then once or twice a week for a few weeks.

Some dogs are never possessive with their food, but you may notice if your dog came from a big litter, the only way he could obtain his percentage of the food was to threaten his brothers and sisters. Finding this action attained the desired resolution (getting more food), he may well try it with you. If you don’t sort this out very early on, this possessiveness will shift to other things, such as bones, toys, furniture and so on, perhaps even to other members of the family.

To halt him being aggressive with his food, don’t give him possession of it! By this I mean feed him by hand for a couple of weeks. Make his food in the bowl as usual, but don’t put the bowl on the floor for him. Just feed him a handful at a time. The bowl of food on the floor almost instinctively makes him want to defend it, so if he is not put in this position of needing to guard, he will not bite! .

Feeding by hand also helps if your dog is dominant in other areas. It makes him all reliant on you for the most important thing in his life, his food, and this will reinforce your position of pack leader, as he is only receiving the food from you and not from the bowl. You can also use this period of hand feeding to your benefit by making him perform some minor order from you for some of the food. Get him to sit first before one handful, or to lie down for the next, and so on. Don’t make him run around for the food as this could stimulate digestive upsets.

You will see that after a couple weeks of this regimen, his general attitude over possessions will change. You can then try giving him his food in a bowl again and provided there is no sign of aggression, continue to feed him normally.

Dogs that are food possessive

For dogs that are food possessive, do not give them bones or toys, as they will attempt to guard these in the same way. Once the food possession has been sorted out, you can try introducing a toy, but make sure the dog realizes that it is your toy, and he is only permitted to play with it with you, and when you decide the game is to end, you must end up with the toy.