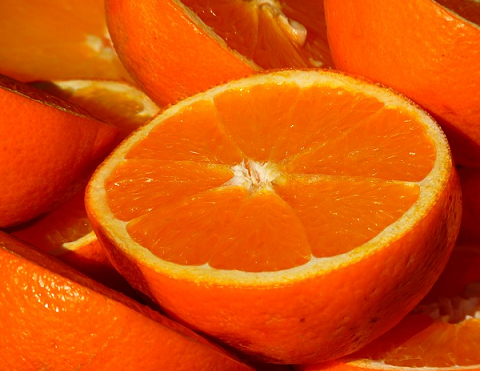 We definitely pay a lot of attention to the things we feed our pets. Chickens can also enter this category, since they are seen more and more as reliable pets, able to think and to prove that they are social animals.

Now, in regards to their diet, people have often wondered: can chickens eat oranges. Or can they eat any citrus fruits, at all? We all know that, just like in the case of any other animals, there are some foods that should be avoided, as well as some foods that are highly recommended. Can oranges be included in the second category or should they be taken out of the picture completely? 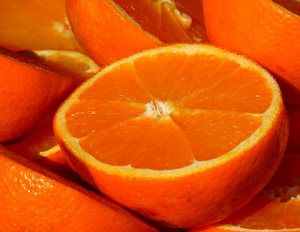 Can Chickens Eat Oranges or Not?

Should chickens eat oranges or not? This has been a highly-intense and discussed topic. It’s still debatable because of the varying reports. You may try a small amount and see how your chickens behave. If you are still nervous about it, just use the leftover peels to freshen your garbage disposal instead or make an all purpose cleaner.

However, some breeds can be very sensitive to these fruits and it is believed that the combination between vitamin C and citric acid might be the main cause of excessive feather plucking.

Then, there is also the belief that citrus fruits might interfere with the absorption of calcium. This could lead to fewer eggs and as if that would not be enough, the eggs would also have thinner shells. The same effect has the oxalic acid in spinach, so it is recommended that this veggie should be just an occasional treat.

However, some chickens may love to eat oranges. If you have orange trees in your backyard where the chickens live, they might peck on the ones that fall down from the tree. Most chickens will want to eat the flesh and not the skin. If your chickens eat a little bit of orange here and there, they should be fine. Although, it is believed that feeding them oranges everyday might not be a good idea.

Most chickens will probably not be into orange peels but if you can get them to eat them, the researchers have concluded that the peels have positive effects on chickens. There is an interesting study done that emphasizes the importance of orange peels for chickens.

Feeding oranges or any other citric fruits to chickens may combat food borne illness. Animals shed salmonella and other organisms in their feces but the research has shown that feeding citrus pulp to animals, including chickens can lower the number of harmful bacteria in their gut without affecting the good bacteria.

The oils from citrus have cleaning properties and are known to kill pests, viruses, and bacteria. When there is less harmful bacteria produced and shed by animals, there are fewer chances for bacteria to contaminate food and cause illness.

According to this study, if you are a backyard producer of eggs and meat,  you may want to give your animals citrus products when you can. Left over grapefruit or orange peels turn out to be excellent treats for livestock. Citrus juice probably won’t have any major impact on bacteria as it lacks the oils found in the peel. You can read more about the study here.

The downside of orange peels are that they are too tough and chickens may find it difficult to eat these. However, if your hens are bored then giving these peels to them will give them something to play with.

What Other Foods Should Your Chickens Stay Away From?

As you would have expected, there are also other foods that should be avoided when it comes to feeding the chickens. Keep reading the article to find out what not to feed your chickens. This list helps to reduce any chance of unconsciously harming them.

As you know, chickens prefer to stay away from the nightshade family plants. It is a matter of instinct, so if you get to observe them closely, you will see the restrain they get when it comes to green tomatoes or eggplants. The same story is with the green skinned potatoes which are also a part of this family. They contain solanine, a toxin which is known for the fact that it destroys the red blood cells, causing diarrhea and ultimately heart failure. Cooking the potatoes at high temperatures might lower the risk by killing this toxin, but a simple boil of the potatoes is not enough to reduce the level of solanine. The best way to reduce any potential threat is to keep your chickens away from potatoes with green skin. This includes their leaves and the vines too.

Now, when it comes to avocado, it is good to know that not all parts of this food are harmful for the chickens. Avoid the pits and the skin, as they contain a substance called persin, which is known for its ability to cause myocardial necrosis in both mammals and birds. The ingestion of leaves is associated to toxicosis in animals.

When they are raw, they contain a substance called phytohemagglutinin (PHA/hemaglutin), which in more simple terms is a natural insecticide which can prove to cause total damage if the beans are not soaked first and then cooked properly. Afterwards, they are good for feeding. Sprouted beans are also great, as the act of sprouting them will kill and destroy the hemaglutin.

The first reaction when you probably read this was most likely a burst into laugh. Why would anyone feed chocolate or give their chickens alcohol to drink in the first place? However, there are some experiments that have been conducted on these foods too and the scientists have reached the conclusion that caffeine or chocolate, which contains a substance named methylxanthines theobromine should be avoided at all costs. As for alcohol, well, you never know what some people might try on their pets!

Pesticides, herbicides or any other types of chemicals are definitely not welcomed when it comes to food. It is safe to say that foods with pesticides are not recommended for people and foods treated with such chemicals are not suitable for your hens either. These foods will definitely cause some troubles that might seem mild at the beginning but may get worse in time.