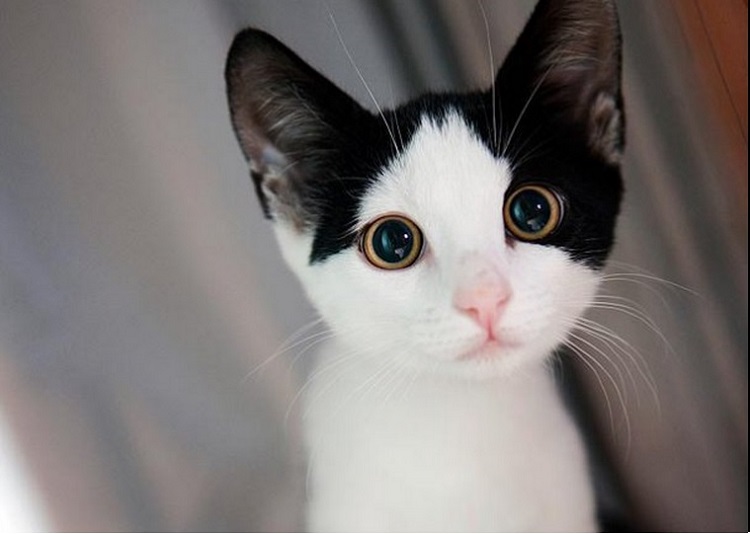 Obviously talking about which breed is the cutest is always going to be subjective and not everyone will agree. This doesn’t mean that we cannot try to determine which are the most beloved ones and with the Internet people found a really good new medium to display their love for these furry pets. Since cats come in so many breeds deciding on ten of the cutest is really difficult so here are our picks for the top 20 cutest cats. 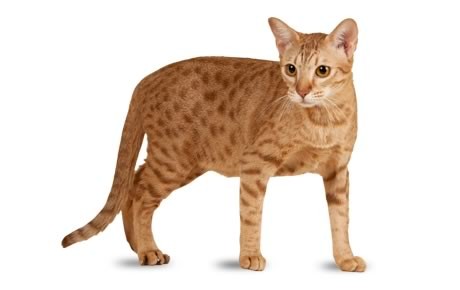 They might make you think of wild cats and the name Ocicat comes from their resemblance to ocelots but they are definitely domestic. They have small bodies, large eyes and a lot of spots. They like to learn new tricks, like to be carried in the arms of a human or to play as they are very smart and thus should always be kept interested.

One of the youngest cat breeds, they stand out through the shape of their ears and they are great with people and even with children, something that not every cat breed is known for. They like to know what you are doing and they are very active so they can learn to play fetch or open doors to move into another room. 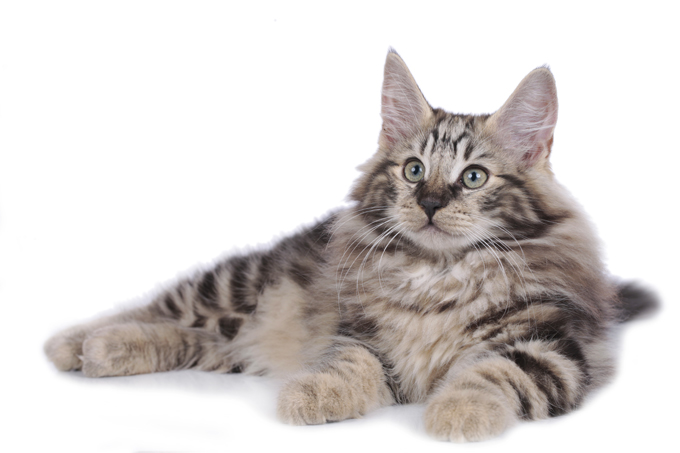 They have been around humans for thousands of years and have been associated with the Norse goddess Freya. They have long hair and are quite large in size. They like to have their privacy and will be OK even when left alone so if you want an independent cat then they are ideal.

They have spots like leopards and are known for their sociable personality. They are always playful and like to interact with any humans or pets so if you have a big family then a Bengal cat will feel right at home. 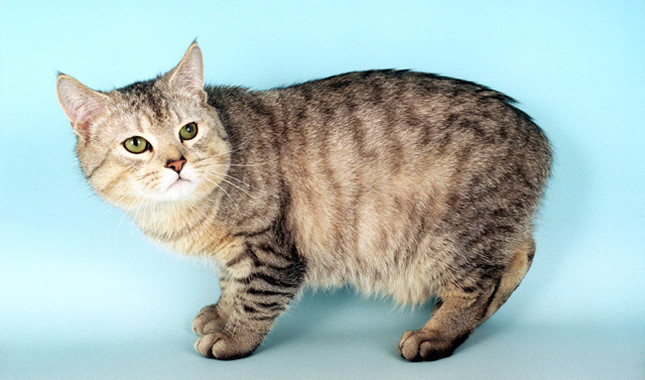 They have almost no tail at all and with the start of the species being focused on catching mice they still have the alert attitude and the active nature. They pay attention to everything that goes on around them and thus they will learn new behavior easily. They are very people oriented in a home environment so they are great if you have enough time to spend with your pet.

They are really playful and smart but the thing that really stands out with this breed is the short legs they have. They like to snuggle and are gentle but they may be a bit territorial when it comes to having new pets in the house. 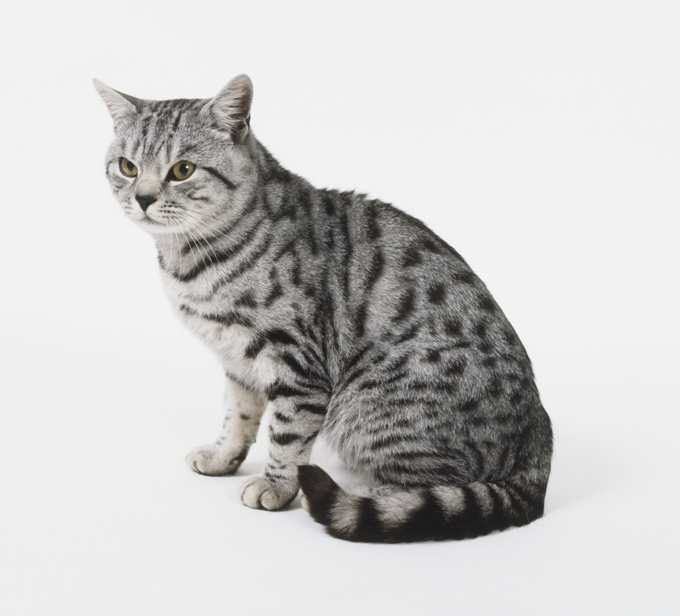 They are quite docile and calm when they are left alone but they do enjoy a good cuddling. As you might have guessed they come from the US, are adaptable and they also retain some of the hunting reflexes they required in the past.

They are quite stubborn and really like to explore new things even when they grow older. You will need to have some patience with a cat of this breed at first but it is worth the effort as they like to show a lot of love. Charming but requiring a lot of grooming, these come in a wide variety of colors and are definitely cute! 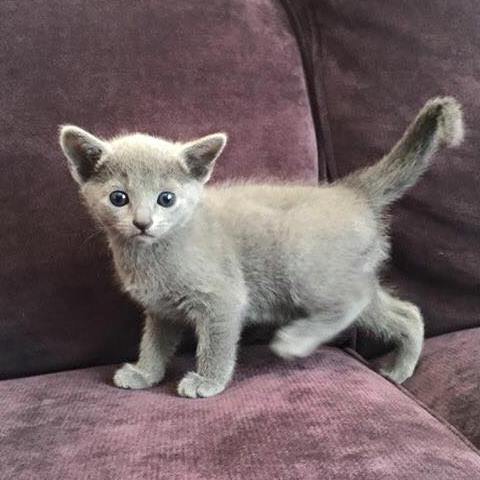 Usually a very relaxed cat, these bond with their family and close friends but tend to be quite reticent of strangers. Their green eyes and a coat that is between silvery and blue is what makes them stand out and they are also appreciated as a hypoallergenic breed due to their fur which sheds less than that of other species.

With short fur and a black color, these are really adorable and they like to attract attention through subtle means such as simply passing by or purring next to you. They like to be the center of interest and are very sociable in nature. 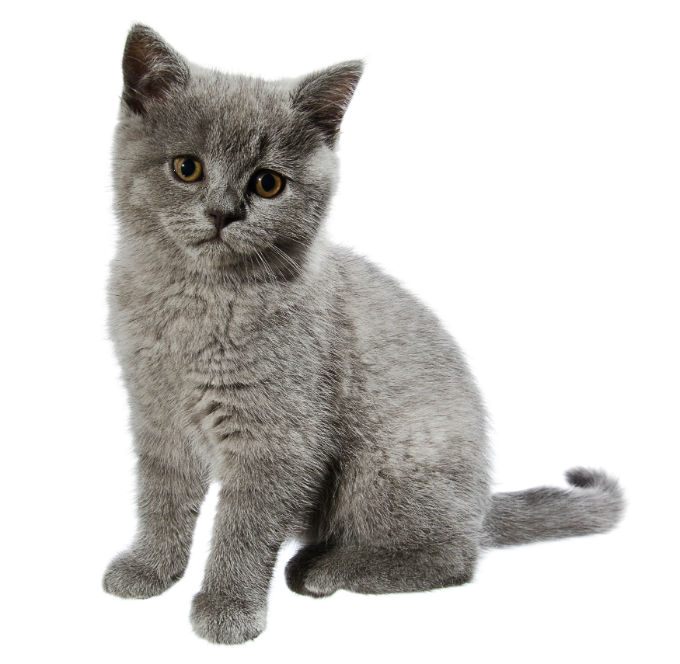 The breed that was featured in Puss in Boots or in Alice in Wonderland is a symbol of England and they are very affectionate. They like to stay close to their family members but are reserved and undemanding at the same time. They prefer to stay next to you and are aren’t extremely active.

They are quite small in size, especially when compared with the next entry on our list, and they are really cute. Their temperament is close to that of the Persian cats and their face is also similar and that is because they come from an outcross of Persian cat with several American Shorthair breeds. Very gentle, curious and playful, they are really calm and thus great for apartments. 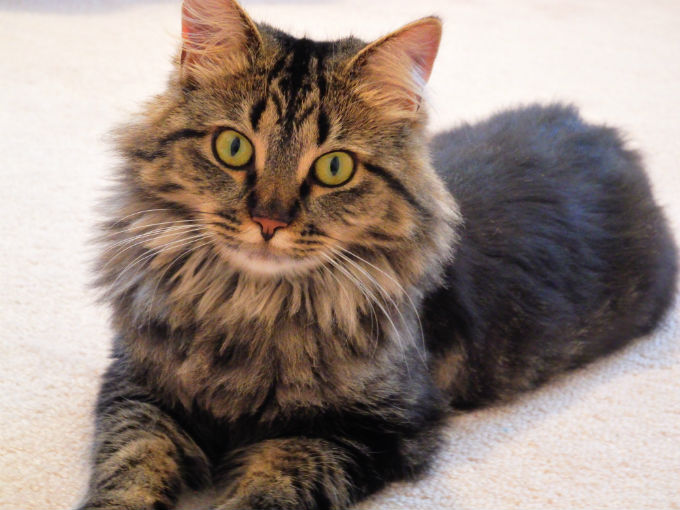 They are also known as the American longhair breed and they are the largest domesticated cat. They might seem scary when you look at how big they can get but they are actually extremely sociable and loyal with a very gentle soul.

They love to follow their family members all over and are very devoted. They are really fluffy and they always want to show you their affection so if you like hugging and petting pets then the Ragdoll is a perfect choice. 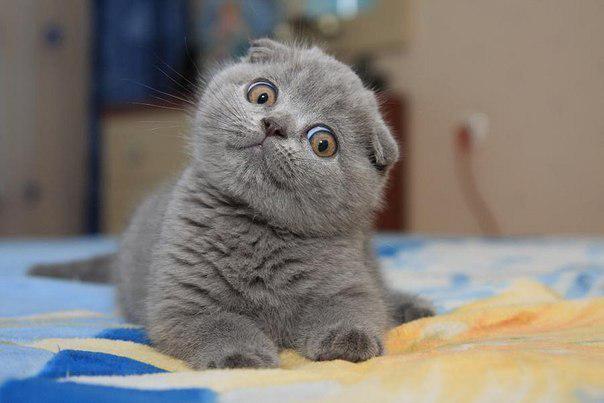 With their large round eyes and a round face overall, this breed stands out due to the folded ears and thus they resemble an owl quite well. They are very playful and tend to live quite a long life so they are great as home pets.

They got their name from the resemblance they have to tigers and they are predominant through the US. They are quite intelligent so they are easy to train and what can be more adorable than a purring and meowing tiger? 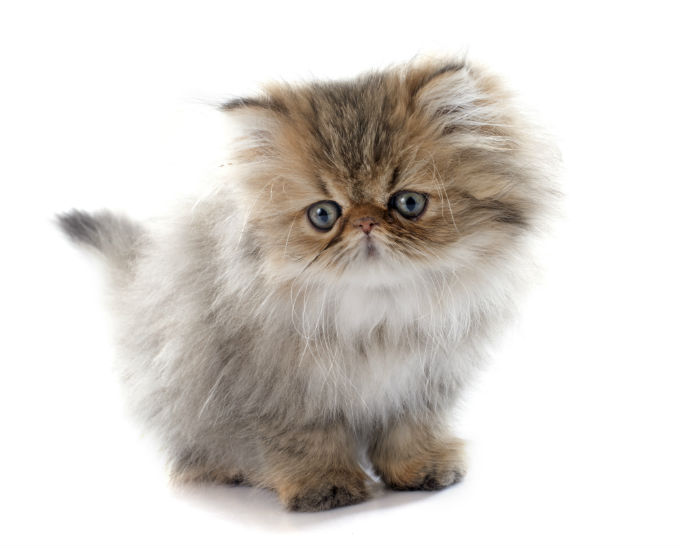 With a long hair and a round head, these large eyed cats are usually very quiet and lovable. They tend to offer attention only to the persons they care about and they require less attention than some of the very active breeds.

The Sacred cat of Burma became popular in the Western countries during the last century and were adored for their blue eyes, furry tails and especially for their affection. Their soft voices and docility make them wonderful pets.

Coming from Ethiopia, these cats are really unique due to their aspect and they are the most intelligent cats in the world so they are very easy to train. They have pointed ears and nothing gets by them, finding an interest in everything around them. 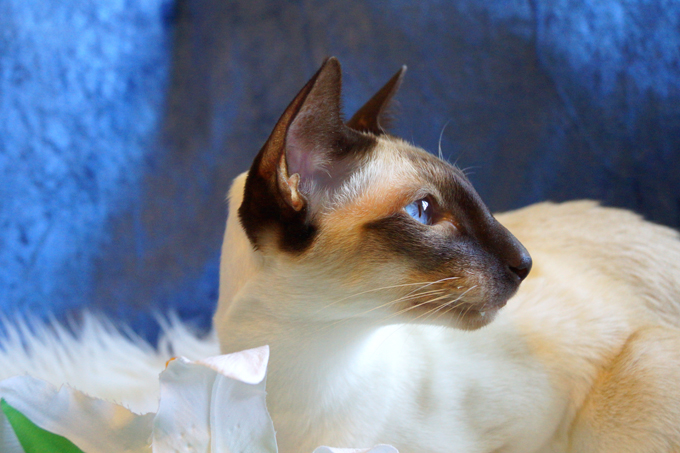 Since they are very friendly and sociable while at the same time offering a lot of affection, these cats are the most lovable you can find. The almond shaped eyes and their long ears make them a pleasure to look at and as they love to interact with humans you will see them a lot if you have them as pets.