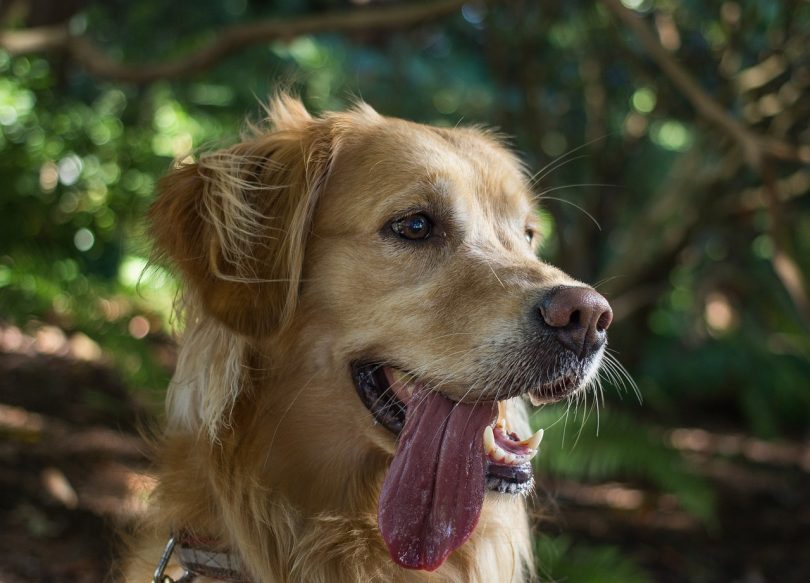 Summer is a wonderful time for most of us – if you think of cold beers on a nice beach by the ocean – but what about those tail chasing friends of ours that we took with us in the vacation? How do dogs cool off during hot summer days?

We do know some good ways of how to cool off when the summer is full on, but dogs don’t seem to like beer as much, and they don’t have the option of turning on the air conditioning by themselves either. So what are their alternatives?

How Do Dogs Cool Off

The mechanisms dogs use for cooling down their body temperature aren’t even close to what us humans have in order to fight against overheating. They do sweat – but a lot less than we do and their sweat glands are not where most people think they are.

So what are the other means nature instilled into their bodies to drop their temperature?

Panting is the main way the heat exchange takes place in a dog’s body. But contrary to what many people might believe, dogs don’t sweat through their tongues, as their tongues don’t have sweat glands. So next time when you see your little dog friend trailing along with his tongue drooping on the side of his mouth, well, he’s not sweating, he’s simply panting to cool himself off.

The way in which panting works is through the evaporation of the moisture on the tongue, a process that takes place as well in sweating, but in this case it happens on the surface of a dog’s moist tongue.

In addition to that, the heavy breathing is a way to allow evaporation of the moisture on the surface of a dog’s lungs.

The second most important way for dogs to cool off in hot temperatures is via a process called vasodilation – that means the expanding of the blood vessels.

When this happens, the blood vessels belonging to the face and ears of a dog widen, thus enabling them to near the surface of the skin, so the blood circulates closer to the outside environment which leads to it cooling down by heat exchange.

Yes, dogs do sweat, but not through where you might expect. Dogs have most of their sweat glands located right into their paws, so next time when your pet friend leaves wet paw marks on the floor, turn on the air conditioning, because your dog is sweating.

While dogs have their own natural mechanisms to cool off during hot days, keep into the mind the fact that they too can suffer from overheating and heat strokes.