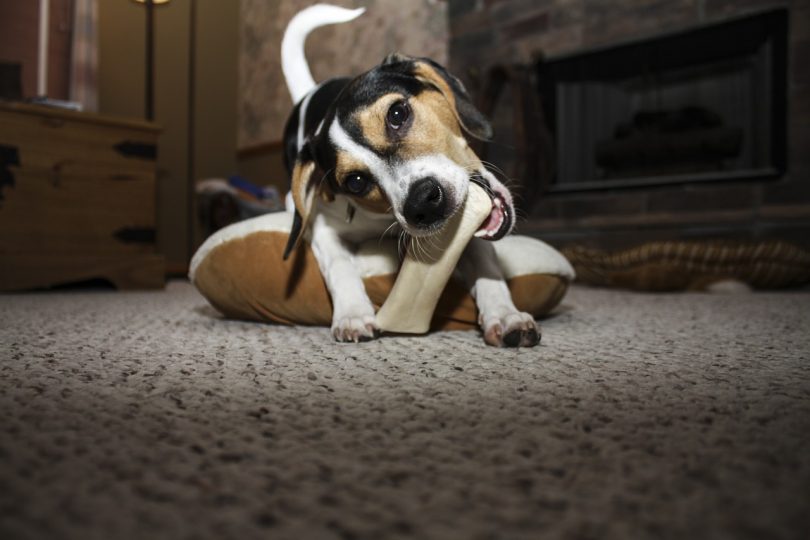 We all know how much dogs prize their bones. All our canine friends love and defend their possessions so much, but sometimes, some of them simply come and bring you their most cherished possession of all: the bones they were chewing so happily on. So what does it mean when a dog brings you his bone?

Oh well, first you should feel special. Because to that dog, you truly are a special being – with or without a tail. It’s like with humans. Somebody who’s willing to share their most important possessions with you must consider you special. But let’s find out more explanations for this behavior. The behavior of the dog we mean.

What Does It Mean When a Dog Brings You His Bone

Depending on the dog and the particular situation, the behavior of a dog who brings you his bone might have a different meaning, but all of them revolve around the need for attention that that particular dog has.

The Need For Attention – I’m Here

Let’s face it. Nowadays we’re away from home for quite long periods of time during any given day. Our little pet friends, and especially dogs, feel that. They feel the need for your attention and they ask for it. Only that their ways of showing their affection are rudimentary.

So when a dog bring you his bone, it means that he needs your affection and that good rub on the back of his head. Because you’re his best friend and he expects the same feelings from you. So don’t disappoint him.

The Need For Action – Let’s Play

Other times, your dog might just want to play a little bit. Sometimes, a little bit more. Bringing his bone to you means that he wants you to play a game with him.

Playing with their bones is a kind of training for them, one in which they get to keep their ancient hunter instincts alive. And him bringing his bone and leaving it in front of you is only an invitation for you to be part of the pack. Dogs used to hunt in packs and they need that company. It’s like his group of buddies.

Since dogs need the company of other fellow dogs – or humans – bringing their bone to you signals trust. Most dogs are possesive, but if they let you have one of their most prized possessions – the bone, that means they trust you and that they feel comfortable around you.

Dogs are descendants of wolfs, and when a wolf shares his prize with another wolf, if means that the former recognizes the latter as the pack leader, which is the highest form of trust.