“Can rats vomit?” is a question encountered quite often. Keeping your rat on a healthy poison-free diet is very important if you want your pet to be active and happy. The process of vomiting takes place when your stomach’s muscles contract all of the sudden, causing the actual return of your stomach’s content in your mouth and out of your system. Vomiting can be caused by many factors, such as food poisoning, dehydration, pregnancy or others. This process is highly encountered in humans and different mammals. But what about rats? 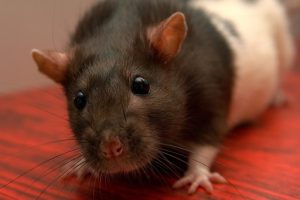 Can Rats Vomit Or Not?

Unfortunately, vomiting is not a thing for rats and mice. This is why it is very important to keep your rat safe and healthy. Do not let it roam around, because not all people are fond of these tiny animals. Some humans actually see rats only as a sign of death and infection; therefore will find every possible method of getting rid of them.

A team of neurobiologists at the University of Pittsburgh have conducted an experiment based of all three types of rodents, including 26 rats, which lead to the conclusion that rats can’t vomit. They were given substances known to cause vomiting in other species and were put under observation. The animals were given different quantities of substance based on their size. The smaller ones, such as mice and rats were given the lowest quantities. After the observation period was over, the specialists concluded that the substance had no effect on rats.

There are 3 main reasons why rats can’t seem to vomit:

Due to their incapacity of vomiting, rat poison works well on them. So, make sure you keep your pet out of danger.

How Do Rats Avoid Foods That Make Them Sick?

Being unable to vomit, poisonous food can be lethal for your rat but rats have developed a way of avoiding food that makes them sick. When encountered with new food, rats will approach it, take a small bite and wait. If the food makes them sick, they will avoid it in the future based on their smell and taste senses which are highly developed. At the same time, when feeling nauseous, rats will chew on clay which is known to help them remove toxins out of their bodies. Moreover, rats are unable to burp or cough for that matter.

What Should I Feed My Rat If I Want It To Stay Healthy?

As for any other animal, there are good and bad foods. Here is a list of what you should give your rat.

What Should I Never Let My Rat Consume?

Although rats are not too sensitive when it comes to food, there are a few foods your rat should never eat.

Other foods such as bread, chocolate, peanut butter, avocados and dried corn should only be consumed in moderation. Also, make sure you clean your rat’s cage on a regular basis or as many times as possible. Keep cleaning solutions out of reach or tightly sealed. At the same time, if you let your pet explore, keep it under observation and make sure it does not crawl into unreachable holes or get to your neighbors. As previously stated, not all people are rat lovers and might try to exterminate your pet if it enters their house.

In general, keep your rat active, place ropes inside its cage to keep it physically active. Place the cage in quiet places where it can enjoy its sleep. Also, keep your pet on a healthy diet.