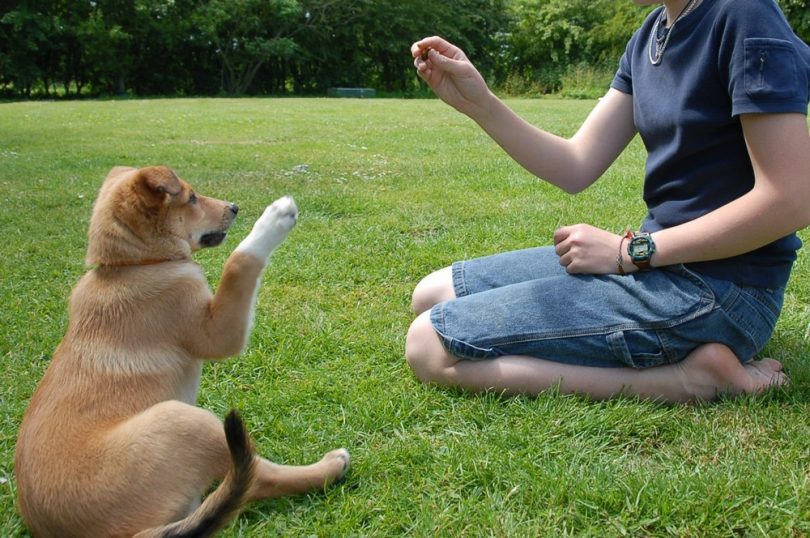 When trying to train a dog the treats are one of the best tools in your arsenal because it will enforce the behavior you want while also making them feel good. With this in mind, there is always a tendency to exaggerate with them and make your pet almost request them, so here is a guide on how to use treats in training.

Professional trainers know that going overboard with treats is a dangerous process, but if you are just starting out it might be difficult to realize what is too much. The principle is that you use them as positive conditioning at the beginning of the learning process.

Treats should be a high value reward and should be used when you are teaching them a new command, after which their frequency should be reduced gradually. Afterwards, ask yourself what will happen if there aren’t any treats for the pet after a command is issued. Will he still do what you ask? Try it out.

If you hide the treats but keep them in your pocket then they aren’t hidden at all due to the keen smell of the dogs. The idea that treats are the only thing making your dog capable of learning is completely wrong.

Perhaps the reason why the dog isn’t learning as fast as you want is because the sessions are too short, or they don’t take place often enough. There are other ways of rewarding the dog for good behavior as well, such as through praise or other things you know they enjoy such as letting them play for a short period with their favorite toy.

The unpredictable treat rewards will sharpen a behavior because the dog realizes that his action is what is rewarded and will make him feel better about himself. Using the same reward with the same frequency will make them consider the treat some sort of bribe they receive. This will reduce their performance and also their focus.

Since you should change the place where you do your training from time to time, ask yourself what will happen when you run out of treats.

Imagine a law enforcement dog stopping during his job because there aren’t any treats in sight. That will never happen because treats are only used to initiate new behaviors and if those dogs know that their work is important it’s certainly not because of some small snacks, but because of their capable trainers.