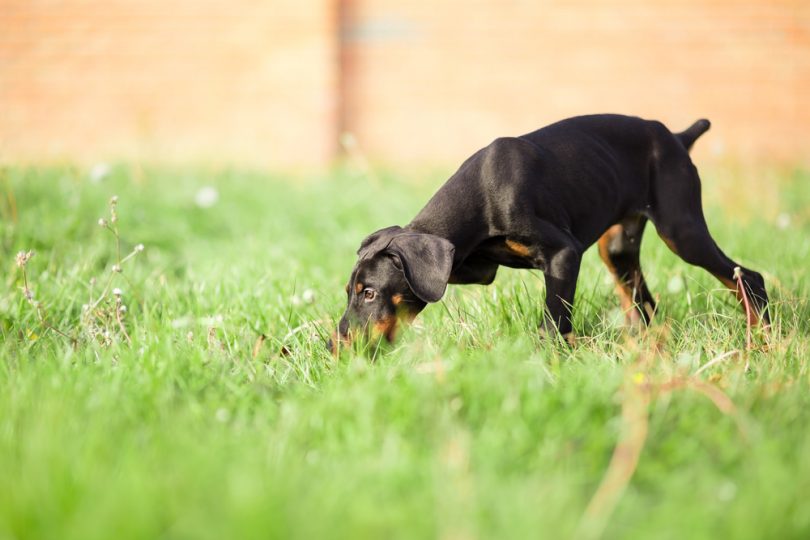 In this guide we will try to teach you more about how to identify and treat ant bites and stings in dogs since aside from parasites these insects can also cause some problems. Bees, wasps, various biting flies, spiders, scorpions and ants all pose threats for your pet and their venom can cause allergic reactions than will probably manifest themselves through anaphylactic shock, something that could be deadly.

Ants can either sting or bite, it depends on the species, and the results can be a nuisance or something that could kill your pet. Ants can bite your dog on any surface of their body but the ones which are most susceptible to this are their feet since those are closest to the ground. The dogs lead with their noses and investigate their surroundings by smell so that part is also a target.

The dog’s snout can lead to serious problems if they are bit there since if it gets swollen it can mean that there will be difficulties in breathing. Of course, this will only cause concerns if the dog has these problems, since many dogs won’t react negatively to the bite or sting. 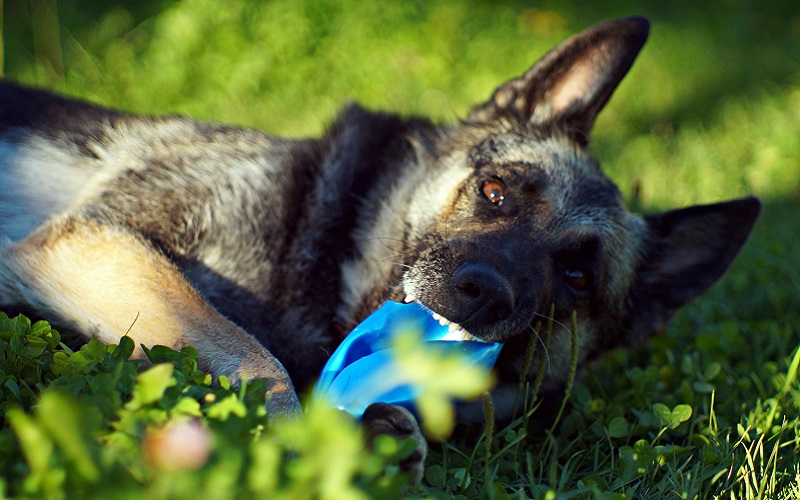 The typical symptoms for ant bites can be to see injuries on the feet that cause lameness, making the pet drag their feet instead of using them properly, having the skin be swollen and they will probably start to lick or try to chew the affected area in order to scratch it.

The bites of ants and their severity depends on how allergic your dog is to them and on the region where you live, because some species are more dangerous than others. For the majority of them, the effect will only be localized pain and some swelling but they won’t threaten the entire body. You will see the bites as red and raised sores but as many dogs have thick fur they can be difficult to spot.

In the warmer regions of the planet (for example in the South and Southwest of the US and at the tropics) there are the fire ants which are an invasive species and they are particularly dangerous due to their strong venom. In large numbers they can put small animals to death and they are still a threat to larger dog breeds.

The venom of fire ants is composed of alkaloids derived from piperidine and if there is an allergic reaction to it then emergency treatment is required. The stings cause a lot of pain and irritation and this is made even more severe in case of multiple bites in the same place. The bumps can form into a white pustule that can get infected but they will usually flatten after a few days if left alone. 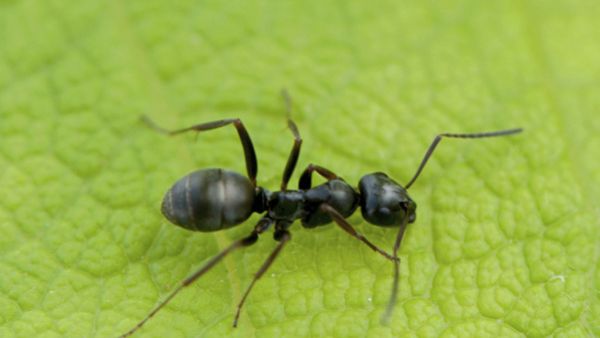 The severe allergic reactions to fire ants can include chest pains, nausea, loss of breath and serious swelling and if these symptoms are present then you should definitely take measures because this condition can be fatal.

The first aid treatment for fire ant stings consists of external treatment (benzocaine) and oral medicine (antihistamines or topical corticosteroids) and there are other home remedies as well such as aloe vera gel.

Treatment and Prevention of Ant Bites

If you know that your dog has been bitten by ants the first thing you should do is make sure you search their body to remove any ants that might still be there. They tend to bite even more when they feel threatened to look carefully especially in the areas which are more difficult to spot such as the toes, ears or even eyes.

If you are dealing with fire ants then get the dog to a safe place, put some gloves on since they are scary for humans too and then brush or pick the remaining ants off the pet. Try to monitor the dog’s behavior for the next few hours to be able to notice any signs of an anaphylactic reation and in that case bring your dog to the most immediate veterinary clinic. The symptoms of allergies are pale gums, vomiting, respiratory distress, an overall weakness and the dog can even collapse. 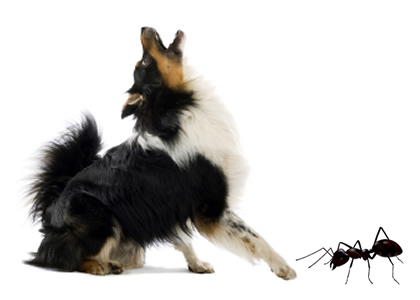 The skin of the dog will probably begin to itch and swell so it is better to do something than to just leave the are to heal itself. Benadryl is a good antihistamine that will decrease the effect of the venom but obviously it is better to consult a specialist to make sure that you get the best solution for your pet and their specific condition.

If the situation isn’t very dangerous, such as when the pet was just bit by a simple ant and so serious symptoms appear, then a home treatment can be sufficient. You can make a soothing salve by simply mixing one tablespoon of baking soda with enough water to make a paste and then apply it over the wound.

Another home treatment is a mix of apple cider vinegar and water in equal parts to be applied over the wounds three times a day until the wound heals. This will work for other insect bites as well if they are not very severe.

Pay attention that the smaller the dog the higher the risk to have a serious reaction to the bites so visiting a get will be a good idea even if you are just going there for a check and some advice. They can prescribe medication such as steroids or antibiotics that will alleviate the swelling and the pain. Even if the wound isn’t serious at first, the fact that the dog will try to lick it repeatedly can lead to a skin infection that develops later so keep the wounds in check. 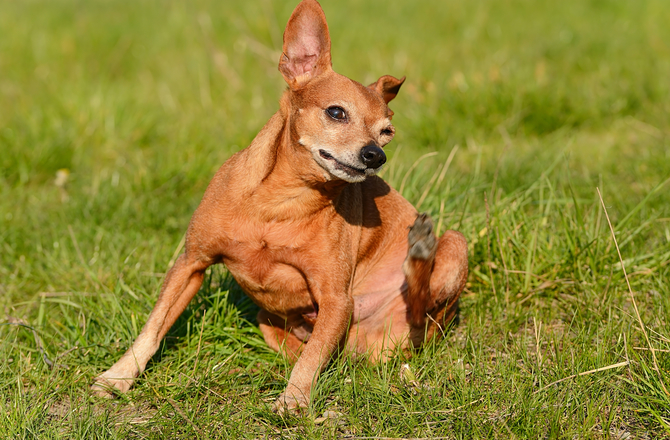 There are many human insect repellents that can be used by us to protect from insects such as mosquitoes but they aren’t recommended for your dog. An alternative is to find some that are specifically for dogs or if not just make one with an oil form of citronella, lemongrass and cinnamon. This won’t mean that the dog is free from the threat of bites though so still keep an eye on them.