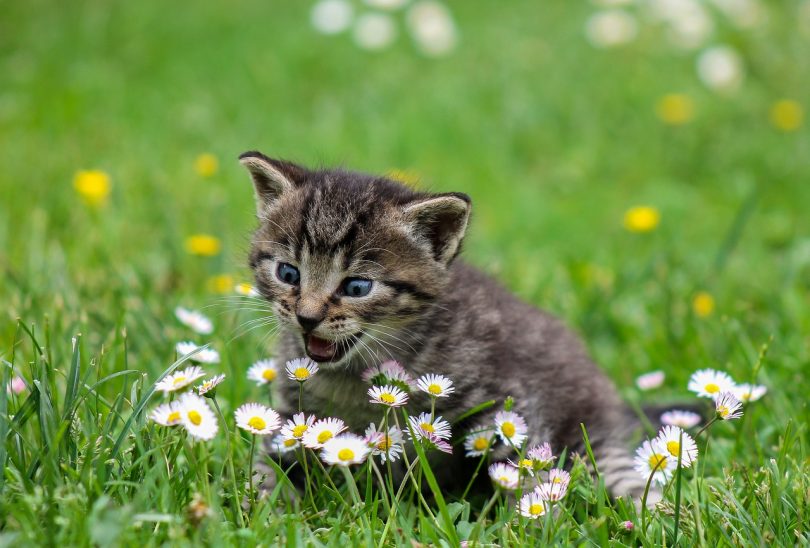 Many of you have probably observed that sometimes, cats sneeze. And they’re so funny when they do it. But it’s even funnier when cute adorable kittens sneeze. It’s normal for us humans to sneeze once in a while, but what about our cat pets? Why do cats sneeze?

Is sneezing a normal reaction in cats or is it a sign of an underlying problem? While occasional sneezing is nothing to worry about in both our and our cat’s case, something that’s beyond occasional or accompanied by other symptoms such as nasal or eye discharge, should be a question mark for the cat’s health.

Why Do Cats Sneeze

Like us, sneezing is a cat’s defensive mechanism against all kinds of particles that get inside the nasal cavity and they’re not supposed to be there. So to get those particles out of there, evolution created this sometimes funny reaction called sneezing.

This is the most basic and common situation as to why do cats sneeze. Dust or some irritant chemical substance or strong scent like the one of pepper might get this reaction of the cat. But there are other causes as well.

Infections of the Respiratory System

Maybe some people don’t believe it but cats can catch colds as well. A viral infection of the respiratory system is the most common culprit that provokes sneezing in a cat. Some other infectious diseases that can cause sneezing are those involving herpes or the calicivirus, chlamydia or other bacterial infections.

Chemical substances and various strong smells like those of chemical solvents, sometimes fumes or even cigarrette smoke or perfumes, can cause an irritation of the membranes of the cat’s nose and sinuses, which makes the body try to get rid of the irritant by sneezing.

We aren’t the only ones with allergic reactions. Cats and kittens can also have allergies. Perfumes, constant exposure to strong irritant smells, dust, pesticides, smoke, pollen or even the cleaning products found in our homes can all lead to allergies in some cats.

If you suspect that your furry little friend has an allergic reaction to something, it’s better to go for a veterinary consult to determine the exact cause and a way to get rid of the allergy.

Sometimes the cause can even come from the inside, such as with the infections of a cat’s tooth. When bacteria from an infected tooth invades the nasal sinuses, inflammation occurs which then causes sneezing as a reaction to it.

In general, if you catch your little feline friend sneezing constantly but without any other visible symptoms, you should consider cleaning your home from dust or other allergens. If you notice other symptoms besides the sneezing, then it’s time to get the cat to a vet, as the root cause might be a more serious illness or infection.