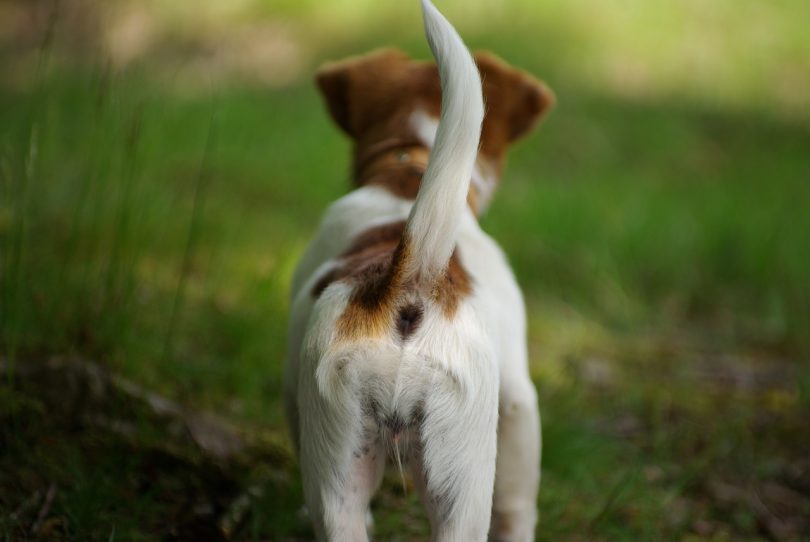 We all know that a good relationship is based on honest communication. But what about the relationship with your tail chasing friend? If you’re a dog owner, you surely know by now that there’s more to a dog than his tail wagging. Understanding how dogs communicate is an important skill.

While simple tail signs will be enough for most owners, better understanding of their pet will make wonders in the long term. Since dogs are social creatures living in packs into the wild, they have developed a set of signals to communicate with each other. Unfortunately, they will use the same dog language with us. So let’s decipher these main signals.

Dog language is actually a system of body language, sniffing or scent signals and vocalization, which are also connected with a pack’s hierarchy and the social position of the respective dog inside the group.

A dog will include you – and the other family members and pets – in his group, and will act according to his group rules.

Body language is how dogs communicate in most situations. A dog’s face and mouth can express many signals, but the most important are the calming signals and the warning cues. A relaxed, slightly open mouth with tongue dangling, ears close to the head means a calm and content dog. Also, if a dominant dog turns his head to sideways, it means no trouble.

On the other hand, exposed teeth and gums, ears pulled back and flat, head looking directly toward another individual – dog or human – is a warning signal. The dog is threatening the other one.

Mouth closed, with no teeth visible, dog looking in one direction, ears erect and head leaning forward, signals that the dog is interested or paying attention to something.

When only the back teeth are visible in something that appears like a smile, that is a calming signal. It usually means playfulness.

The dog’s eyes express friendliness when they brighten and fearfulness when the pupils dilate and the white of the eyes is exposed. A direct stare can mean threat and the avoidance of eye contact means submission.

A dog’s tail occupies a special place in communication. A confident and dominant dog will have its tail up, straight or curled. One that’s feeling sad, unwell or insecure, will have its tail lower than horizontal with the extreme situation – tail tucked between the legs – meaning fear.

A horizontal and relaxed tail will mean attention while a stiff horizontal tail pointing away from the dog means possible immediate aggression. A relaxed dog will have its tail a little bit lower than the horizontal, with an occasional back and forth swish.

Tail wagging usually means friendliness, excitement and greeting. The faster and wider the tail wag, the more special that particular person is for the dog.

Dogs use a combination of barks, growls, howls and whines to transmit various messages.

Depending on the pitch and speed, barking can signal alarm, threat or even playfulness. Growls are used to threaten others to stay away or to signal that the dog is frightened and calling for assistance.

Howls usually mean that the dog is looking for companionship, and whines signal pain or hurt.

Given the fact that dogs have a stronger sense of smell than us, humans, sniffing is a powerful communication tool that’s used to identify territories, sexual availability and other companions – dog and human alike.