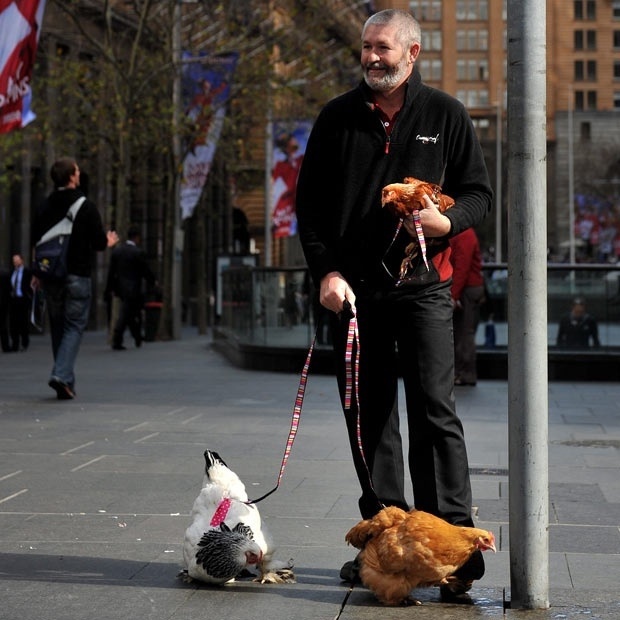 Here are our options for the top 10 names for chickens to help you overcome this difficulty. If you have a dog or a cat it will be easier to find a name for them as there are many characters you can think of but with a chicken becoming a part of your family this is a challenge.

If in the past the only use for chickens was to provide meat and eggs, today they are popular pet choices and if you spend enough time with them you will notice their different personality. With the names people take different approaches, some want to focus on the physical characteristics of the pet so you end up with names like Mr. Feathers. Others opt for icons of the pop-culture and these lead to hilarious situations.

Some useful tips to find a proper name are the following: use the color of the chicken as inspiration (but this may change from an early age into maturity), find out about the breed and their feather patterns and remember that a name might be funny at first but you will have to use it quite frequently so choose wisely. We have made a separate list for roosters and for hens to provide you with options for both situations. 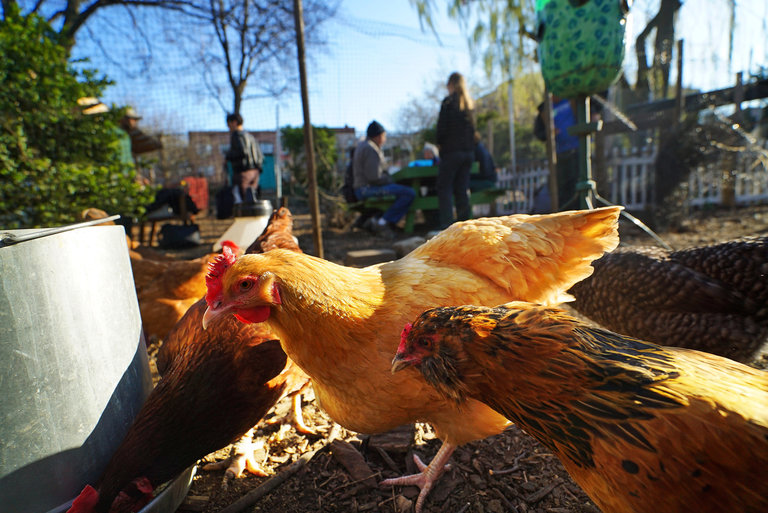 Let us start with the most hilarious ones, so that you have some laughs and maybe find inspiration in these very witty choices. Making a pun with a famous name and something related to chickens is usually very efficient so names like these are great: 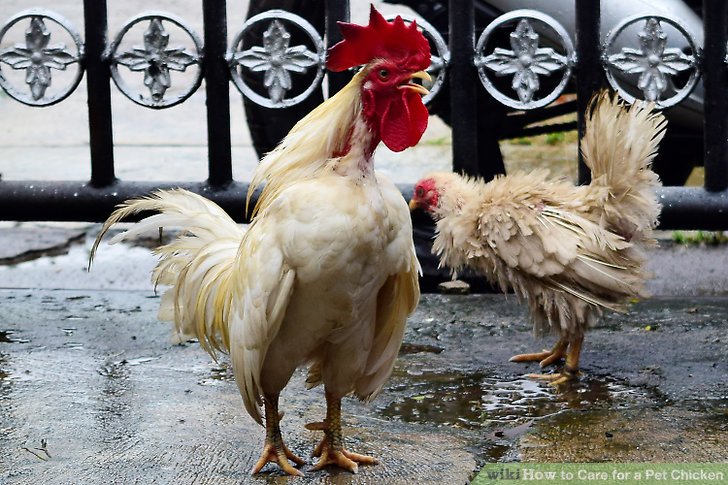 Iago – The character in Shakespeare’s drama Othello is the antagonist and the one who betrays the protagonist. Depicted as a schemer and manipulator, this offers a funny contrast between the malefic intelligence of the character and the simple and innocent rooster.

Flapper – Since chickens like to flap their wings it is a very straightforward and obvious choice for a name. It also sounds nice and may remind some of Flipper, the popular dolphin character from the TV series.

Rufio – An imposing name coming from Latin and used a lot in Spanish speaking countries, it comes from the color red and thus it is great for red feathered roosters.

Napoleon – Roosters are territorial and dignified so choosing a great leader for their name isn’t a bad idea. If you follow this route then the great conqueror Napoleon is an excellent choice and there are a lot of other options as well such as Caesar or Alexander.

Ralph – This name comes from Old Norse and it apparently means “wolf counsel” so it might seem odd for a rooster but it sounds really well and is often chosen for this reason. 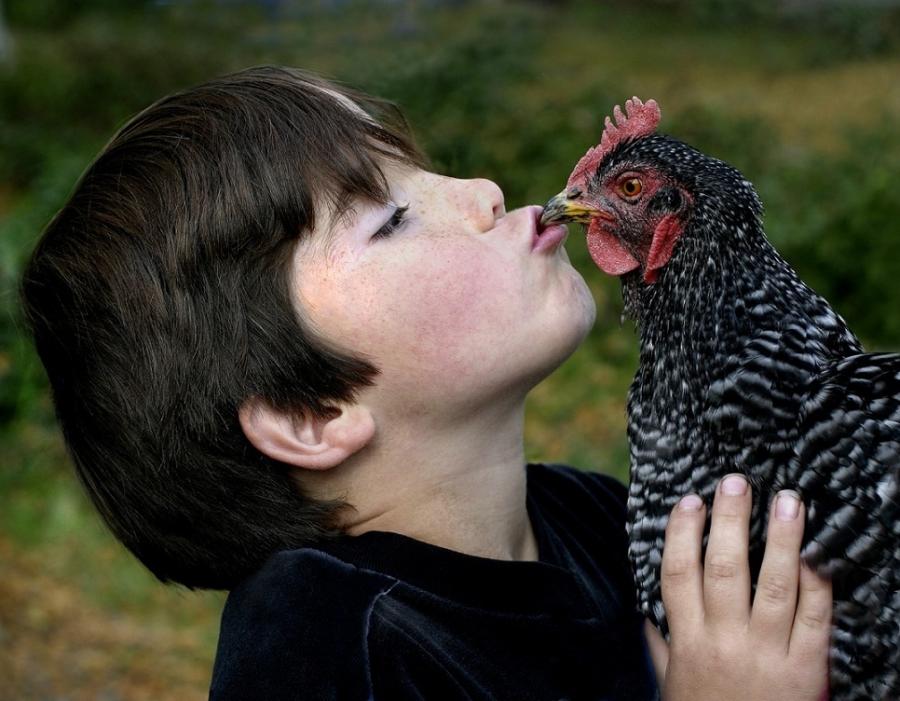 Spartacus – The freer of slaves, this famous historic figure was a Roman gladiator and it works for chickens due to the contrast it provides.

General Tso – Zuo Zongtang is a famous military leader of the Qing dynasty and there is a popular American Chinese dish honoring his legacy. Since the main ingredient in it is chicken this might seem like a cruel choice but many persons found it fitting.

Colonel – With so many leaders and historic figures in our list why not simply give the rooster a military rank? Colonel is a very funny choice for a chicken and due to their head they often remind us of the helmets the Romans or Greeks had. To add to this, they are often temperamental and choleric so this is why many of their names are inspired from the army.

Alfredo – Another name that could seem mean, Alfredo sounds really well and it means “wise” or the “counselor of the elves” in Italian. This name comes from the popular dish chicken Alfredo which comes from Italy itself.

Griffin – The mythical bird was a combination of an eagle and a lion so it was the most majestic of all creatures. The combination of the king of breasts with the king of birds meant that they were often chosen as a symbol of divine power. This is great for a rooster that you really care about and thus we consider it the perfect name for your pet. 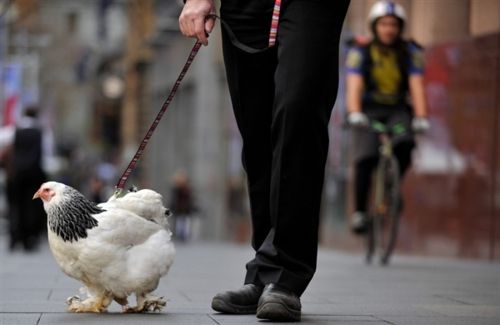 Blossom – A very popular name in English-speaking countries, Blossom means “to bloom” and due to the feathers hens have, especially if you have one that is more diverse in their plumage, then this is a very good name.

Peaches – There is an electronic musician and performance artist with this name and a very delicious fruit. In the past it was a name given to showgirls but for a hen it is particularly great if they have a color resembling that of the fruit.

Daisy – The name of a simple flower, this name makes you think of energy and fragrance. It is the diminutive of Margaret and it has a very rich history in literature and in pop culture.

Feather – A simple yet very cute name. Chickens have feathers and even if this might seem really straightforward it is still beautiful.

Rosie – The diminutive of Rose, probably the most recognized flower in the world, this is very popular in English-speaking countries and it is also a great choice for your pet hen.

Henrietta – The feminine version of Henry, this name means the “estate ruler” and it is a good option if you have an imposing hen who you consider to be “in charge” of your home. 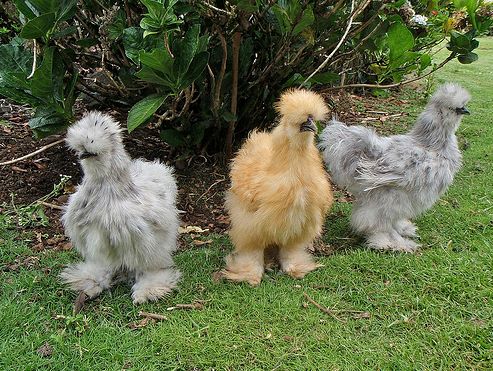 Penelope – This is a name with a long history that spans all the way to Homer’s Odyssey. It comes from the Greek word for “weaver” and it is still popular today with celebrities like Penelope Cruz or Penelope from Harry Potter.

Clarabelle – This Latin name means “bright and beautiful” so if you have a hen with light colored feathers then it will work great. There is also a chicken with this name in the picture book series Agnes and Clarabelle by Adele Griffin.

Belle – Why go for the long name Clarabelle when you can simply shorten it to Belle? It means “beautiful” in French and it can be used with longer forms such as Isabella or Annabella as well. The protagonist of Disney’s Beauty and the Beast also has this name.

Phoenix – It means “bright red” in Greek and it is the mythological bird that always regenerates and is reborn. It is associated with the sun and it is a majestic bird that bears the ideal name for your favorite pet.