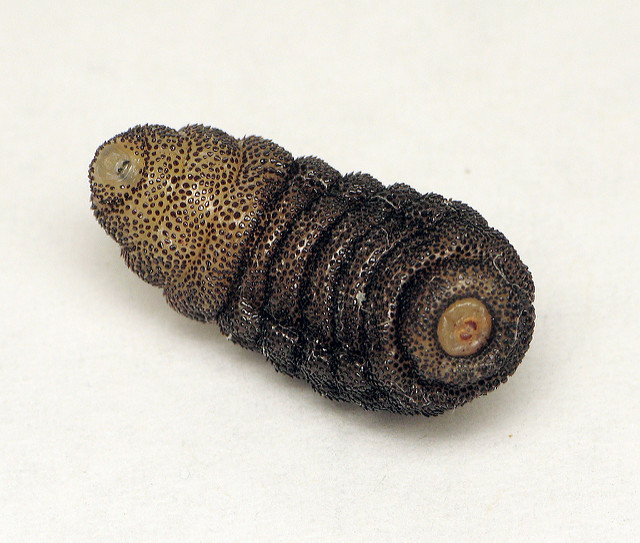 Ever heard of the Cuterebra? It sounds like the little brother of El Chupacabra, but don’t get intimidated. The Cuterebra parasite is nothing close to that. The only fact that matters is that this one is real. So what is this thing? A Cuterebra is a parasite living under the skin of our pets and other small animals. If you’re a pet owner, you’ve most probably encountered it.

They’re found most often in their larval stage as a bump on a cat’s or dog’s skin. If you look closely, you’ll see that there’s a little maggot inside that bump, living under the skin of your pet.

What is The Cuterebra Parasite

The Cuterebra, although rare, is a type of Bot Fly, a parasite that attacks rodents and other small mammals, including dogs, cats and rabbits. The story begins with the Cuterebra fly, a large fly that doesn’t bite but loves to lie its eggs on vegetation or rocks that are right next to a rabbit or rodent burrow.

Your little furry friend might get close while chasing a mouse or something similar and pick up those eggs. Later on, the eggs transform into larvae and invade the body of your pet through the nose, the mouth or an open wound. The larvae then travel under the skin of your furry friend and set up home – those round sweelings called larvae warbles – usually near the head or the neck of the animal. Right in the middle of that swelling they create a breathing hole, something like a chimney, through which after a time, they might stick their heads out.

Which is when you spot them. And believe us. They’re ugly little creatures.

What Not To Do About It

The first important thing is not to panic. If you found one of those, while ugly, they’re not an emergency. Keep calm and get your pet to the vet. While you might feel the urge to, don’t try to remove it yourself. The reason is that the Cuterebra needs to be removed in one piece, otherwise you might create an infection or huge inflamatory or allergic reaction in your little furry friend. And we don’t want that.

What You Can Do About It

If you suspect that your pet is infected with the Cuterebra parasite, go to your vet to remove it. They have the means to remove it without breaking it apart and also they’ll treat the spot against further infections.

When it comes to prevention, there’s not much to do about it besides trying to keep your pet running around free chasing rabbits or other small mammals. Keep in mind that the primary target of this parasite are rabbits, so any rabbit hole might be prone to such an infection.

Also, remember that the Cuterebra parasite is rare, so don’t go into panic mode too often about it as it’s not that dangerous either. You should also know that they occur towards the end of summer and beginning of fall.