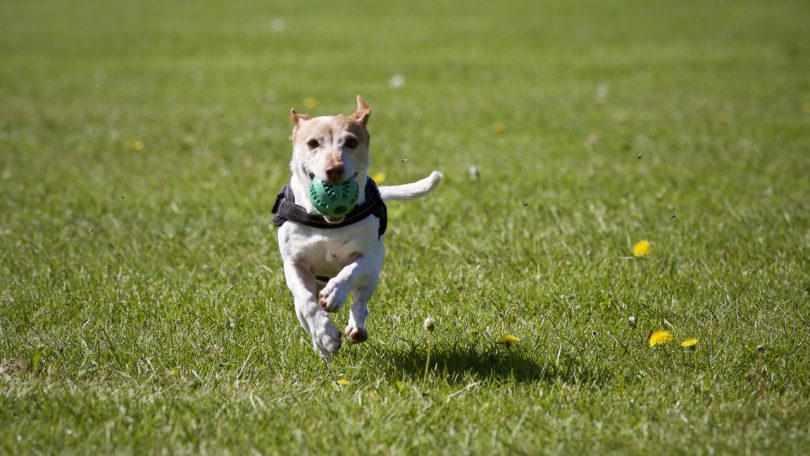 In the first part of this post, we’ve talked about excessive barking, chewing and begging as some of the most common dog behavior problems and how to deal with them.

In this second part of this post, we’ll go further with a few more behavioral problems to solve.

Some people might not have encountered this one, but those who did, well, they know the disaster that follows. And we can assure you it’s not a pretty sight to come back home and find your house turned upside down because your lovely furry friend simply missed you.

Separation anxiety is one of the most common dog behavior problems and involves a lot of misbehavior and destruction when the dog is separated from his owner. This usually occurs in the first quarter or half an hour after the owner leaves. You can spot clues of this behavior if your dog wants to follow you everywhere and gets anxious when you’re about to go out the door.

While it’s not easy to help your dog get rid of this bad habit, it’s doable with enough training. Behavior modification and desensitization exercises are often required, with extreme cases even needing medication.

Biting is another normal thing for dogs, but in some cases, this behavior can be a real problem, and not only for the owner, but for other people as well. While some dogs – puppies in general – bite in play, others are very dangerous.

Some of the reasons dogs bite are as a defensive measure, by fear, for the protection of their territory, by instinct or because they’re sick or injured. Depending on the dog, some may have a higher natural tendency to bite, but no matter the breed of the dog, they can be trained to decrease that tendency. Socialization is part of this training.

If given the opportunity and a nice green garden, most dogs will do some digging at some point. After all, it’s one of their natural predatory instincts, so it’s normal. But on the other hand, your pretty garden will look like a battle zone after a while.

Some dogs are natural hunters and have a high digging instinct, but others may do that because they’ve got excess energy, or because they’re bored or anxious. Sometimes they’re trying to hide something or even to escape or get into another part of the courtyard.

In order to get rid of this problem, try to find out the root cause and eliminate it. Besides that, do some more training and set up an area where your dog can dig at will.

Another natural predatory instinct of dogs is to chase everything that moves, from cars to birds and other people. While sometimes that can be fun, there are situations where it’s very dangerous for your dog to do that.

In order to prevent bad things from happening, make sure you keep your dog on a leash in crowded areas and train him to come when called and to walk alongside you.