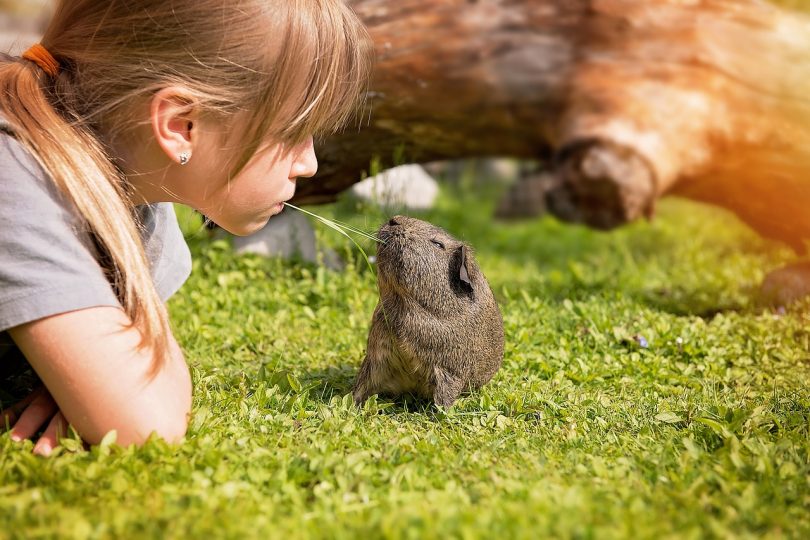 We all love our little furry friends and wish them only well and hope that they will live long lives. But most often than not, our pet friends live shorter lives than us humans do, so most pet owners want to know what their pet’s lifespan is. In this article we will find out how long do guinea pigs live.

Some of the reasons why most pet owners want to know how long their little friend will live is to give them proper care during their end days but also because of the bond that forms between them and their pets. And since guinea pigs are adorable and intelligent furry little creatures, there will be a strong bond there.

How Long Do Guinea Pigs Live

The lifespan of a guinea pig, as with any animal out there, depends on several factors, and the most important of them is if the guinea pig in cause is wild or domestic. The domestic guinea pigs live longer lives than their wild counterparts and longer than most other rodents, like hamsters or mice.

The lifespan of a domestic guinea pig usually reaches five to eight years – the longest living guinea pig reached 14 years, 10 months and a half according to Guinness World Records, while a wild one – which is a different species than pet guinea pigs – will only live between one and four years.

Apart from that, there are other factors that affect a guinea pig’s lifespan.

The breed of a guinea pig has an impact as well in their lifespan, with some breeds tending to have longer lives than others. For example the long haired guinea pigs live between five and six years on average, while Skinny guinea pigs tend to live up to eight years.

What matters more than the breed is the environment guinea pigs live in. This is obvious if you think about it, because the environment a species lives in has always had a greater impact than anything else. After all, it’s true about us humans as well, isn’t it?

Take for instance the difference in lifespan of wild and domesticated guinea pigs. It’s huge.

Another important factor to take into consideration is the care they receive and the diet they have. Things are after all the same as with us humans.

Good care and a healthy balanced diet is key to stretching your furry little friend’s lifespan as much as possible. The most important thing is the food they get. High quality food should always be the focus of any guinea pig owner. Also, it’s important they get high quality grass to aid them in digesting the food.

Some other factors that matter when it comes to how long a guinea pig lives are stress, exercise and the size of the cage. If you think about it, it’s the same as with us, humans. Take what your requirements for a good healthy life are and apply it to your cute little friend.