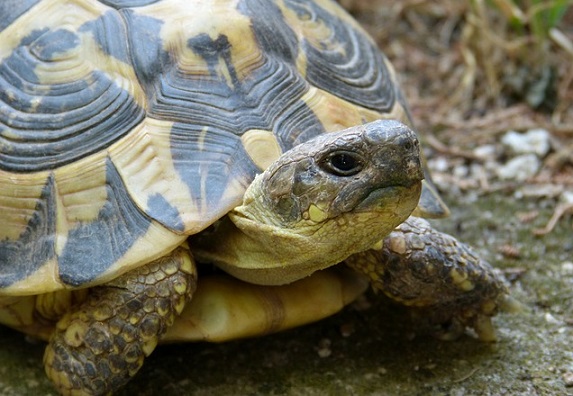 If you have a pet turtle, you may wonder how long can turtles live?

It is common knowledge that turtles are the reptiles with the longest life-spans. But how long does an average turtle live?

How Long Can Turtles Live?

The smallest of the species are terrapins and box turtles and their average life-span is 30-40 years. Larger turtles, usually sea turtles live approximately up to 80 years, while the largest species, the giant tortoise has an average age of one hundred years! A few are known to have lived for over two hundred years.

Sea turtles spend their entire lives in ocean waters. Female turtles lay eggs on land, but as soon as they hatch, the baby turtles make their way into the water as part of their natural instinct. They can swim large distances, even up to thousands of kilometers. They have big flippers which help them to be strong swimmers. The same flippers make it difficult for them to walk on land and they literally have to drag themselves along the ground. 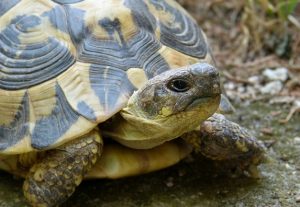 The average life-span of a turtle depends on the particular species. This ranges from 30 years to 150 years.  There isn’t sufficient scientific data to establish an exact life-span for specific species but most of them do out live people. Therefore, if you just got yourself a baby sea turtle, there is a good possibility that he will outlive you, provided he has a healthy life and a favorable environment.

Unfortunately, within their natural habitat, many turtles die due to getting captured in fishing nets or being eaten by larger sea creatures. Others are threatened by their loss of habitat and breeding grounds.

The good news for pet owners is that because turtles kept in captivity usually have veterinary care, sufficient quantities and safety from predators, they live for much longer periods in comparison to their counterparts living in their natural habitats.

One of the main reasons for the extensive life-spans of turtles is their strategy for their reproductive process. This plays a key role in the survival of each species of turtles. A large number of baby turtles do not survive their first year and many of those who do turn one year old die before reaching adulthood.

Among those that do reach an age of adulthood, most live on for the average age for their species. Due to reduced mortality rates, most adult females lay eggs several times. An average female turtle that is 50 years of age lays eggs in excess of 5000.

Due to the absence of sufficient data, scientists are not able to predict the maximum age of different species. However, the general rule that can be followed is one that is followed by most vertebrates; species that are larger generally live for longer periods than smaller ones. Therefore, the larger your pet turtle, the longer he is likely to live.

Turtles generally live for several decades. As the current or potential owner of a pet turtle, you should be aware that your pet is likely to remain in the family for more than a few decades. The requisite to that are proper health care, suitable food and the right habitat.

Sea turtles have been in the oceans for over one hundred million years. They form an important connection in the marine ecosystems, including seagrass beds and coral reefs. Sea turtles also play an important role in controlling the populations of jellyfish in the ocean waters. Turtles also attract people for ecotourism and enable local communities to earn more.

The sad news is that sea turtles are dying out rapidly and their populations are on a rapid decline. Many die each year as they get trapped in fishing nets. Additionally, the beaches they use for nesting are rapidly disappearing.

A lot of very important conservation work is being done by WWF. The organization collaborates with local communities to protect nesting areas and decrease the quantities of eggs being harvested. Additionally, fishers are encouraged to switch to use alternate equipment that is safer for turtles.

Why Do Turtles Live Longer?

There are no factual reasons why tortoises and turtles live longer than other creatures on earth; however, there are some theories that can possibly be the reason. Turtles have slow metabolism and a lifestyle that is healthy in natural way. Additionally, their reproduction systems contribute towards their long life-span.

In spite of all these theories, the length of an adult turtle’s life is dependent on his ability to survive pollution and predators. As environmental issues are on the rise, this risk is becoming greater now than ever before.

Baby turtles are at risk even before they are born. A large number of eggs are eaten by predators. As they hatch and move towards the ocean waters, the first step towards their survival is their ability to reach the sea waters. They are particularly vulnerable until the time that their shell becomes hard.

How long can your turtle live? Your pet turtles are dependent on you for the kind of care they receive and able to live their expected lifespan only if you act responsibly and offer loving, tender care!