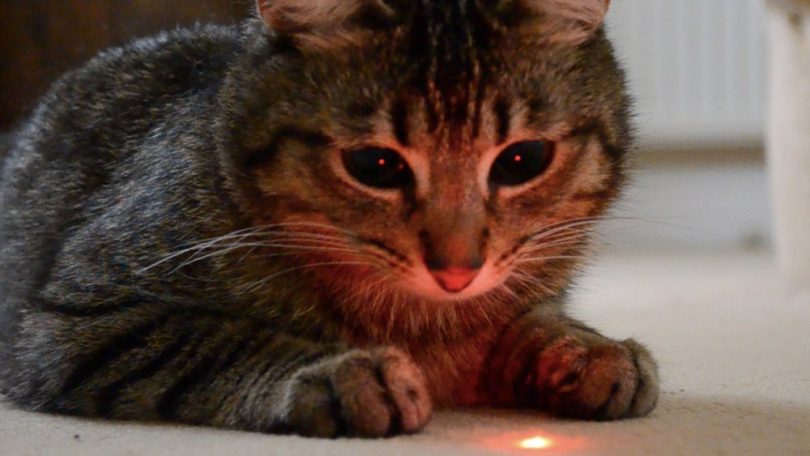 Cats like to play a lot and if you are living in an apartment then they really need the exercise so laser pointers are a simple way to keep them interested. They seem to be very attracted by their light and it is really easy for us to just point in through the room while the cat chases it. That being said, are these really a good choice for toys? Let us find out how good are laser pointers for cats and if there are any details that you have to pay attention to when you decide to buy one.

Cats play because that is a way to keep their instincts on point and to practice their hunting skills. They like to stalk their prey, catch it and finally eat it. Since we take care of their food problems that isn’t really an issue but their drive to look for prey is still present. That is the reason why they enjoy to hide and pop out of somewhere when you least expect it or why they love to chase things.

Without the opportunity to put their natural skills to use cats can become depressed and the lack of movement also makes them susceptible to health problems. Thus it is a good idea to find some exercise that will keep them fit and healthy as obesity is increasing rapidly among cats. Mental stimulation is also something that cats require as they can fall victim to neurological problems if their life becomes too much of a routine.

One other reason for play is so that cats practice their social skills. They have to interact with other pets or with humans and they do this by playing with them. Through play they learn which are the boundaries that are accepted with their biting and scratching and they also feel that they receive attention. Even if many think that cats are very independent they still require interaction and attention. 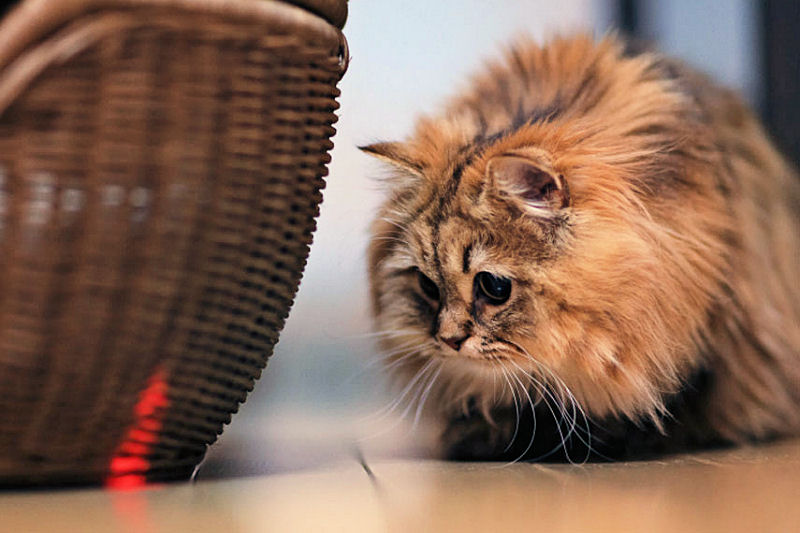 As we mentioned, they play with the laser due to their instincts to catch prey. With the red dot it is something that they keep chasing but they never manage to get their paws on. The lack of completion when it comes to a hunt will make them very frustrated and that isn’t something that you want your cat to feel.

They need to catch some prey from time to time but with a laser they will never do that so this is something that you should seriously consider when deciding to buy a toy. Tactile sensations are important for cats and a laser pointer deprives them of this joy.

One other problem with laser pointers is that if they get into the cat’s eyes it can do damage to their retina and that will make this play even less pleasant. The laser can cause permanent eye damage to them and it is also dangerous for a human so make sure you don’t point them toward the eyes, even if it is unintentionally.

If you have more than one cat, laser pointers can make cats become aggressive toward their other playmates and this is because missing the prey can get so annoying that they will blame the other pets for this. 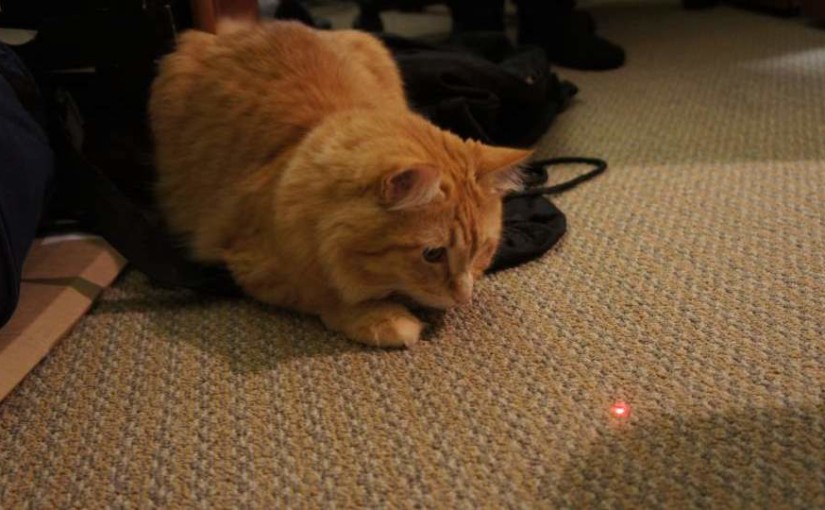 Now that we know why cats require play and what they hope to gain from it it is much easier to decide which toys will accomplish the task. The toys that resemble the animals they catch (mice, birds) are the ones that will work best.

You should move the toys away from the cat in a manner which simulates that of a rodent or of a bird and remember that you should allow them to catch the prey once in a while. Due to the fact that they are natural predators the thrill of the hunt will make the cat very happy and at the same time it will put their body in motion.

There are many wand toys with feathers or furry parts that they will definitely love and you can hang them somewhere high so that they will attract the cat’s attention as they move. You don’t have to pay a lot for a toy to be good, cats won’t look at the price tag. Their joy comes from simply catching something so even a tennis ball or a yarn ball can be a cheap choice that will bring them countless hours of fun. 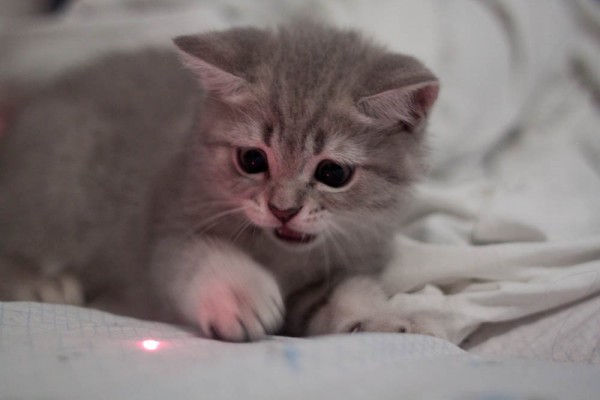 How To Play With Laser Toys

So we saw some of the ups and downs of having a laser pointer as a cat’s toy. To provide them with the most fun you should probably combine the pointer with some other toy so that you remove the frustration coming from them never catching the point.

The movements you make should be similar to those an animal would, zig-zagging across the floor but make sure you always keep it away from their eyes. Make it seem as if the point is running away from them, not just moving around chaotically.

Check their reaction when they put the paws on the red light and see if they feel satisfied or not. One way of encouraging this play is by offering them praise and treats after the catch, as they will probably be quite famished when they ran through the house “hunting”.

The play sessions should be before their meal as most cats have the habit of cleaning themselves and going for a nap after they eat, so time them accordingly. As for the duration of a play session, this really depends on the cat’s age and on their health more than anything else.

They get really excited during chases and won’t notice if they overstimulate themselves but if they play too long they might get injured. Remember that just as with a workout session, you shouldn’t start things abruptly and you shouldn’t end them that way either. Gradual progress is the best option as it allows the cat to warm up the muscles.