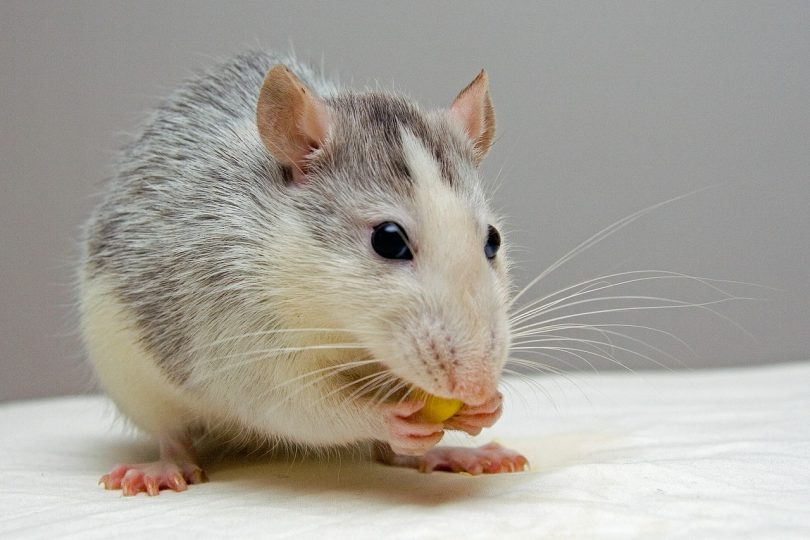 It’s a general known fact that animals see the world with – literally – different eyes and their perception of the environment differs in many ways from our own. We bet you’re one of the people who wondered how do rats see the world. We did too, so let’s find out more.

There are many things to be taken into account because a rat’s sensory system is different than our own. While we mainly see the world, a rat senses it more. They use a better combination of their senses to feel the world rather than see it as we humans do.

So How Do Rats See The World?

While they have the same senses as we do, rats use them differently and they’re far more sensitive than ours.

Seeing is a rat’s worst ability as opposed to ours. We see the world in color, being able to perceive red, blue and green at high levels of saturation, while rats seem to perceive only hints of ultraviolet, green and blue light.

The sharpness of our vision by far beats the one a rat has. While we see sharp, vivid images at long distances with good depth perception, a rat sees only blurriness more than a few feet away with very bad depth perception.

But vision is the only advantage we have over rats as their other senses are far better than ours.

While the tactile senses we have are good enough, a rat has an ace up his sleeve, that being his whiskers. They get a very good sense of the world through their whiskers by moving them back and forth dozens of times per second and by sweeping them against floors, walls, objects or other rats.

They might brush their whiskers against us too, but that only means they want to know us.

Their whiskers are so sensible that they can feel any irregularity, detail and texture of every surface, and combined with their good memory, it helps them navigate very well without actually seeing the world too much.

A rat’s world is the one of smell, this being his most important sense. While our sense of smell doesn’t do a very good job of telling us too much, for a rat, every odor, every breath of air, every object’s or surface’s smell carries enough information for him to understand his world.

Apart from his nose, a rat has a second scent organ, called the vomeronasal organ, with which he can detect a lot more. That includes the odor or scent marks left by other animals. The urine marks of another rat for example can tell the rat who smells things such as the other’s sex, his or her sexual maturity and availability, social status and identity and even its current stress level.

A rat’s hearing is able to pick up high-frequency sounds that we can’t perceive. It’s known that rats communicate between themselves by creating and recognizing ultrasounds.

As you can see, the sensory world of a rat contains a lot more information than we humans can perceive.