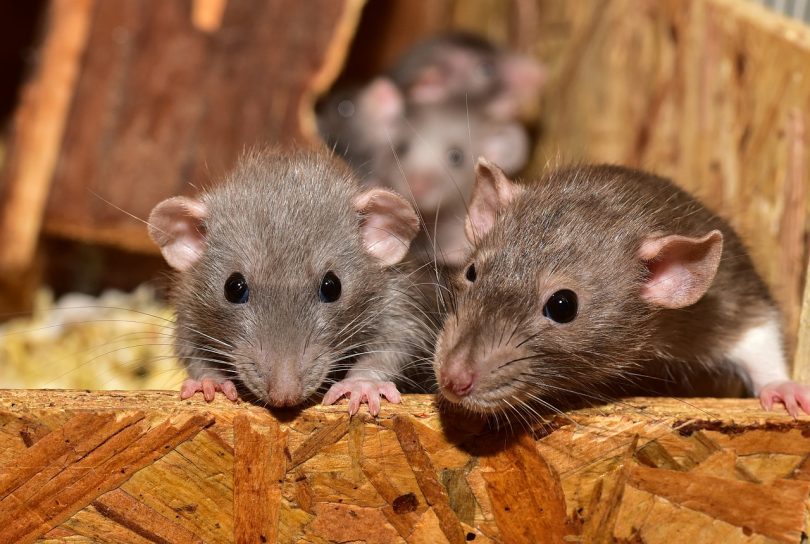 Rats are very intelligent and social animals, live in colonies and enjoy the company of other rats, sometimes other animals or even the company of people. Knowing that, one might wonder how do rats communicate.

It’s known that every animal has its own means of communication, and rats make no exception to that. They’ve got a personality of their own, with individual traits, likes and dislikes. If one of your furry little friends is a rat, you might want to find out their means of communicating all this.

How Do Rats Communicate

There are a few ways in which rats express their feelings for one another or communicate their intentions to other animals and why not, to us humans as well.

The most common way for communication between rats is through body language. Since rats are social creatures and their community hierarchy is established through status, socially mature rats communicate that through aggressive behavior until the dominant rat achieves the alpha status.

When introducing new rats to each other, they always engage in various actions of ‘getting to know one another’, such as puffing each other’s fur, pinning, pushing and fighting each other, humping or grooming, all of these behaviors establishing the hierarchical roles in the community.

Another common way for rats to recognize and reinforce their social status is through sniffing. Sniffing is one of the most important ways most animals greet and study each other and rats do that as well. Studies show that sniffing transmits signs of an individual’s social status, with alpha males engaging in a lot more sniffing than their counterparts, thing which lowers the overall aggressiveness of the community.

Evolution equipped rats with excellent hearing, being able to pick up ultrasound frequencies that us humans can’t perceive. At the same time, rats can produce ultrasounds, and together with recognizing other rats’ ultrasounds, they use them as a way of communicating with each other.

Apart from that, rats can also produce sounds audible to us humans – the occasional squeak – but that happens most of the times when they feel endangered or scared and they try to communicate that. Sometimes, pet rats use squeaking to communicate with their owners.

Recent research shows as well that rats can engage in making chirping sounds as if they’re enjoying themselves when they play with other rats or with their owners. Even more, scientists have recorded rats singing – at ultrasonic frequencies we can’t hear – after mating or when they’re happy in their community.

The conclusions are that rats are very intelligent and emphatic creatures, being able to love and help one another and communicate their feelings and intentions.