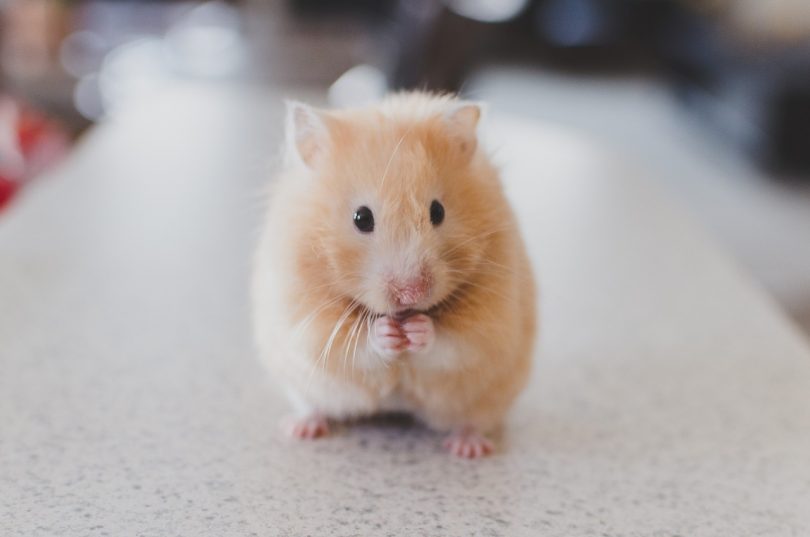 While hamsters seem to be quiet and peaceful animals, they do communicate their feelings to other beings, be it their owners or their fellow hamsters. But how do hamsters communicate?

What are the signs we must pay attention to, which tell us that our tiny friend wants to tell us something? While we can’t really hear them talking – in their hamster language – because most of the vocal sounds they make are ultrasonic so we can’t perceive it, they do have ways we can detect that mean they’re telling us something.

How Do Hamsters Communicate

Hamsters, as well as rats and mice, are social creatures, so it’s in their nature to communicate their moments of contentment, happiness or aggression.

They use several ways in order to pass on that information to other fellow creatures.

As with most mammals, the same goes for hamsters as well. They use body language to transmit signals.

When two hamsters meet, they try to establish who’s the most dominant one by circling and sniffing each other, which happens usually in a ‘T’ pattern. One hamster is standing upright and sniffing the one laying down. The other one might try to bite the first, topple him and change positions. That happens until the matter is decided.

That first encounter might continue with even more aggression taking the form of rolling and fighting until the submissive hamster will try to escape – if possible – and everything will turn into a chase, with the submissive hamster trying to end the fight by flicking his tail up or hunching his back upward.

In human and hamster interaction, the hamster will show various signs which mostly turn down to either showing fear or contentment. For example, if your tiny friend is grooming himself or stretching while outside the cage in your presence, that means all is good. But if he lays back his ears, stands on his hind legs or displays his teeth, those are sure signs of fear and insecurity and he may need gentle handling.

The sounds that hamsters make can also tell you something about his mood.

Teeth clattering is a sign of aggression or fear mainly between two male hamsters, but that can occur as well with females. That happens also when they’re trying to defend their cage against an intruder, which sometimes – don’t take it personal – that might be you.

If the hamster does some loud squeaks it means that he’s either hurt or feels some sort of threat or discomfort. Sometimes it might even mean that he just needs some attention.