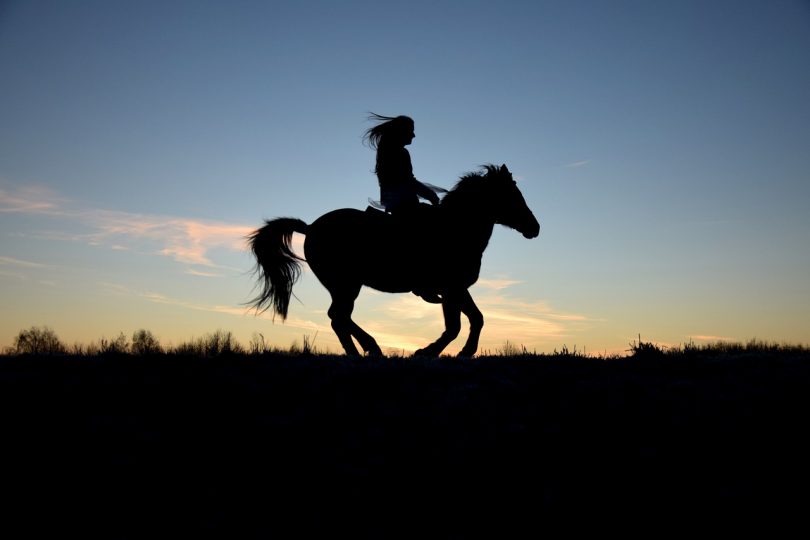 Horseback riding can be a special and exciting new activity for people who are looking for a more unique way to spend their leisure time. As with any new endeavor, horse riding needs to be learned and mastered and there are as well a few beginner horse riding mistakes to avoid.

So don’t hurry to jump into the saddle just yet, at least not before you take a few minutes to read about the things you don’t want to do in your first riding session.

The five Beginner Horse Riding Mistakes you need to avoid:

It might look good on the big screen, but those scarves fluttering in the wind, bulky loose pants, baggy shirts and any other loose pieces of clothing might not be a good idea when the rider – hopefully not you – falls off his horse.

As life has surely taught you by now, all those loose fitting clothes have the mysterious ability of getting tangled in anything that’s in their way – the saddle most probably in this scenario. And being tied to your saddle instead of just falling clear off the horse has worse consequences. And you don’t want to get dragged around by a scared horse.

That’s the reason behind the neatness and form-fitting of equestrian clothing.

The same rules that apply to clothing apply to footwear as well. Wearing proper riding footwear for the first time you ride is very important. So sandals, flip-flops, trainers or other bulky footwear are a no-go. The reason is the same as with clothes: falling off your horse and getting your foot jammed in the stirrup is undesirable.

It’s understandable that some people might not want to invest in gear before finding out if horse riding is for them, so wearing a boot that resembles the cowboy or riding boot as much as possible is what they should aim for.

3. Tying Yourself into the Saddle

Falling off your horse is something nobody desires, and some people will try almost anything to prevent it. This is a big mistake they make and needs to be mentioned as well. Trying to tie yourself to the horse or to the saddle in the attempt to prevent any fall will only make matters worse. It will probably end with more injuries than just falling.

During your first riding sessions, there will be moments when some people might get scared and one reaction most of them have is to throw away the reins and hold on to the neck of the horse.

This only worsens the situation. The best thing to do in those moments, counter-intuitive as it may be, is to hold on to those reins. The reins help control your horse, so you need to control the reins.

5. Think That You Only Need to Sit There

Most people would think that riding a horse means that the horse will gently carry them around and that the rider only needs to sit in there and do nothing.

Nothing further from the truth. Horseback riding is a combination between a lot of practice, balance, skill and great coordination, so make sure you’re prepared for that.