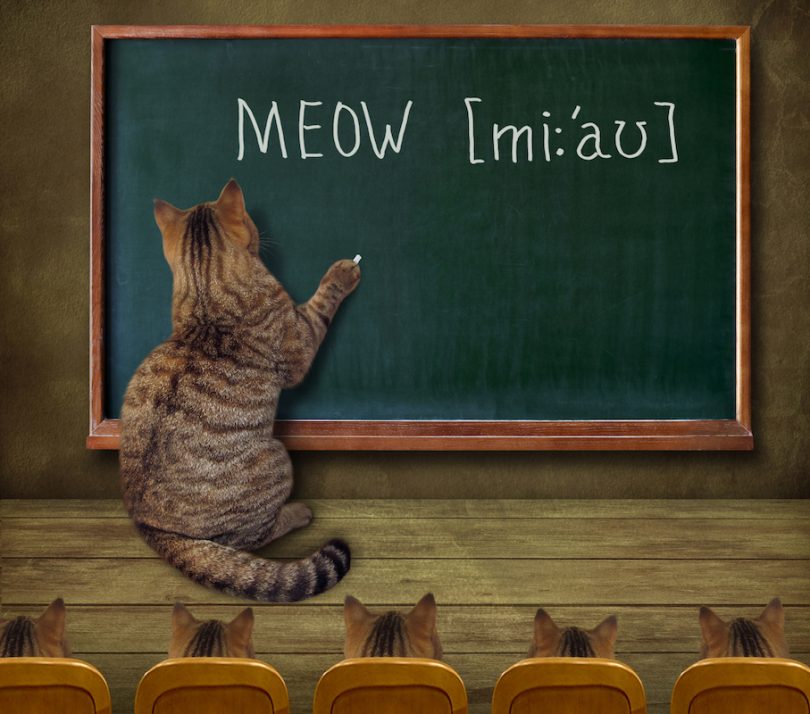 Have you ever wondered what is the meaning behind different types of cat body language? Have you thought about what your cat may be trying to communicate with you on a verbal level?

If you are one who has ever been curious, then you will pleased to know they do in fact spend a lot of their time trying to get their message across to us humans, or trying to!

Because cat language is a lot different to human language and not as evolutionarily familiar to us as dogs or the canine family it can be harder to understand just what our beloved felines are saying to us.

Firstly, cats do not naturally make many sounds in the wild. Their language is primarily silent, or based on bodily communication. This takes into account things like stance and posture as well as behaviors. Cat body language is very diverse.

When two cats are together they won’t communicate to each other vocally unless they are in a fight or are mating. I’m sure a lot of us have heard what these sound like!

Hissing is a way to warn off intruders and potential threats and will usually be accompanied by different body signals depending on whether the cat is feeling aggressive or just scared.

Watching out for aggressive cat behaviour 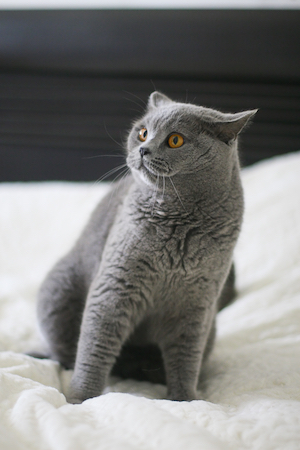 When a cat is scared and is hissing to protect themselves, their ears will go back and their tail will either fluff up and be held above their back in fear, or hang low in uncertainly and defensiveness.

When a cat is being aggressive and hissing perhaps to protect to their territory, their tail will fluff up and hang straight down with their ears facing forward.

Their general stance will be strongly forward and puffed up as if to say “look how great I am now bow down and recognise me as king”!

When a cat is irritated at either humans or other cats you will see their tail flip around in large arcs which signifies agitation and is a good sign to back off and leave them alone unless you want to be nipped.

How to know when your cat is being friendly

A friendlier way of communicating with other cats and humans alike however would be ears that are relaxed casually to the side in general interest of the surrounding environment. The tail when sat down would be curved lightly and sometimes flicking lazily at the tip.

When standing up a happy cat will usually have their tail pointing straight up to the ceiling, and if they are super excited to see you their tail will also be quickly quivering in a way that looks like vibrating.

More verbal forms of communication have generally been adopted by cats through the observation and mimicking of humans. For example, when a cat is hungry they will make a sound like a crying baby, since they know that when human babies cry they get food, not to mention that food is milk which is a feline favourite!

I have also heard sounds that are a lot like bird chirps which seem to be done as a form of drawing attention to themselves due to being excited about something they want.

Different pitched meows and their meanings

For example when a cat is hungry they might produce a middle pitched long meow which is intended to get your attention “hey where’s my food I’m sstarvvinggg”!

A higher pitch being friendly may be something you hear when they greet you, along with a leg rub, which is the feline version of a friendly hug.