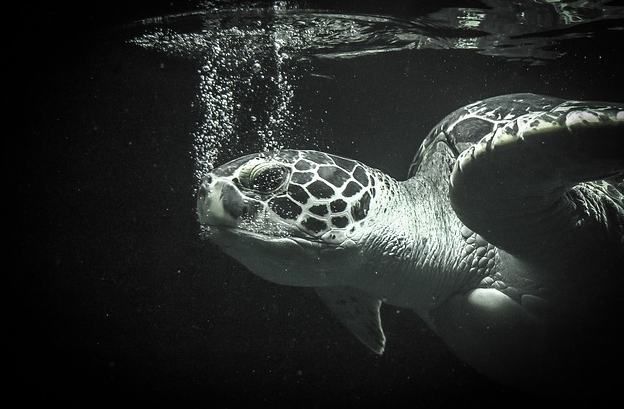 Can turtles smell? Although turtles can’t hear too well, they have the ability to see, taste, feel and smell. They are able to move around, look for food and basically do all that they require in order to survive and flourish. Because their hearing abilities are rather limited, the other senses are all developed more than usual.

Researchers generally have the opinion that turtles have the ability to smell. This is based on experiments that were conducted on baby sea turtles that reacted to the smell of shrimp in water. Their ability to smell other creatures inside water helps turtles to locate food. 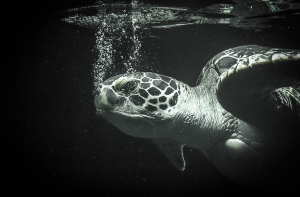 How well can turtles see?

The sense of sight is quite well developed among turtles. They have the ability to see sharply within water and on land. This helps them to find food for their babies and for themselves. They are also able to differentiate between different foods. A sharp vision is also very important for turtles to avoid predators. Turtles can see in color and distinguish between shapes and patterns.

How well can turtles smell?

Turtles have an excellent ability to smell quite well, both in water and on land. Instead of nostrils, a turtle has bumps beneath the chin, known as barbels. The nerves found on the bumps enable turtles to identify scents. Land turtles use the sharp sense of smell to stay away from predators. Sea turtles find this sense of smell very beneficial in the mating season as it helps them to search for pheromones of females ready for mating.

How well can turtles hear?

Turtles do not have a strong sense of hearing as they don’t have ear drums like most other animals. They are still able to hear vibrations and deeper sounds while on land and in water. However, the turtle’s ear has organs that enable them to feel any change in the water pressure that tells them about the arrival of predators.

How well can turtles feel touch?

Although turtles have leathery skin that appears rather rough, it is quite sensitive to touch. Your turtle can sense your touch on the skin or shell because of the nerves, both beneath the shell and on the skin. Try giving your pet turtle a neck rub, but only if he is tame, and you’ll see that he actually enjoys it!

How well can turtles taste?

There are turtles with taste buds and those without them. Sea turtles often have taste buds and can taste the food while they eat. Some varieties, such as snapping turtles do not have the ability to taste. Due to this, they may at times eat food which may be poisonous. Some species like the leatherback and hawksbill turtles are able to eat jellyfish species that are poisonous without any harm to them.

One of the earliest species, turtles have lived on earth for over two hundred million years. Turtles evolved even before birds, mammals, crocodiles, lizards and snakes. Before they evolved into their current form, turtles had teeth and they were not able to retract the head. Beyond these major changes, the earliest turtles were quite similar to the initial species.

Many turtle species, such as the Box Turtles, are able to live up to 100 years of age or more. Although, turtle ages are not very well documented, a Giant Indian Ocean Turtle was captured and its age was approximately calculated to be 50 years. It was kept in captivity and lived till the age of 202 years.

Turtles are able to live and survive in nearly every climate as long as it is sufficiently warm for them to carry out their breeding process. Various turtle species have lived on all continents with the exception of Antarctica. The reason is that most turtle species can’t stand cold weather. The only known exception is the Blanding Turtle which has been seen beneath the frozen waters of Great Lakes.

The smallest turtle is the Bog Turtle which is a mere 4 inches while the largest one, the Leathery Turtle, is huge at 1500 pounds.

The most unique part of a turtle’s body is its shell. The upper part of the shell is shaped like a dome and is known as the carapace. The lower part is known as the plastron. Altogether sixty bones come together and connect to form the turtle’s shell.

If you want your pet turtle to thrive, you must pay a lot of attention to providing and maintaining a better environment. A larger space will ensure that your turtle is healthier. Turtles need at least eight hours of exposure to sunlight or reptile light for essential vitamin D needs. Quite often, pet turtles do not hibernate. They may start eating less, but your pet is quite likely to have some activity all throughout the winter, provided he is kept indoors.

You surely have your answer to the initial question. Yes, turtles are able to smell.