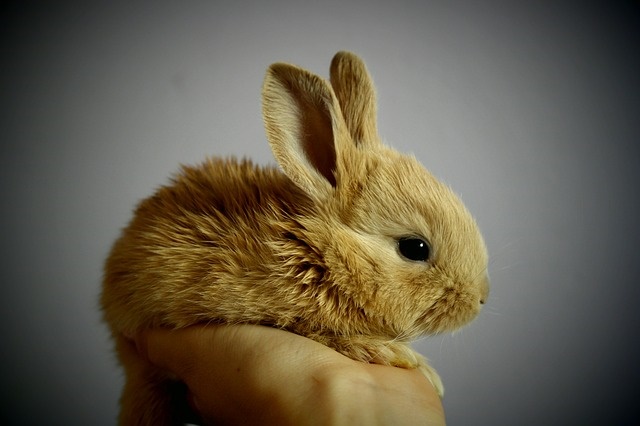 Can rabbits see in the dark? Yes, they can. As smaller animals, they have adapted so that they are able to escape larger predators even in the dark. A sharp sense of smell also helps them move in the dark and remain aware of their surroundings.

However, just because they can see in the dark does not mean that their sense of sight is very good or that remaining in darkness for long periods of time is good for their ocular health.

For people who keep rabbits as pets, an important question is whether they should leave the light on at night. The answer to this we will find after taking in account various important factors. 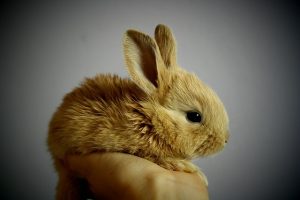 The sleep habits of a rabbit are tricky as they are neither night-time (nocturnal) nor daytime (diurnal) animals. While they are normally most lively around sunrise and sunset, all the people who keep rabbits as pets will attest to hearing them moving around at night. As a result, it is recommended that people with pet rabbits leave the light to their pets’ pen on at night.

In their natural habitat, rabbits rest in their burrows during the day. As night approaches, they gain activity, spending their time socializing, foraging and keeping their dens in good condition. Around sunrise they return to their homes. Rabbits are extremely sensitive creatures and therefore, excessive exposure to both light and dark can be bad for their health. You should consult your vet about the different levels of brightness of light you should expose your rabbit to at different times.

Negative effects on your rabbit’s health

If you have a pet rabbit, you may need to slightly alter your habits and schedule to meet the pet’s natural requirements. This is true for rabbits too. According to recent studies, when rabbits are constantly or sparingly exposed to light their health suffers. While there are no visible symptoms of sickness, excess weight is gained by those constantly kept in light. These rabbits also face the threat of eye damage and problems regarding fertility. The bodies of rabbits kept in both conditions were analyzed after their deaths and lesions were found on their brains. This indicates increased levels of stress while they were alive.

Like most animals, while humans have domesticated rabbits, it is important to remember that they are adapted to survive in the wild and that providing them with a home as close to their natural habitat is good for their health. You should find a vet who works specifically with exotic animals and ask for advice regarding food, toys and light requirements for your rabbit.

Ways In Which Rabbits Have Evolved

Rabbits have evolved in such a way that their eyes are located on the sides of their heads. This allows them a 360 degree view to spot approaching predators from all sides including above them. However, there are some disadvantages to this.

How does your rabbit identify you?

A rabbit’s sight is not very clear. Therefore, along with its sense of sight it also uses your scent, movements and voice pattern to recognize you.

It is safe to conclude that most rabbits can see in the dark. They do not notice changes in light but are more sensitive to other changes, such as unusual smells, sudden sounds. You should probably keep your pet rabbit in a cage which is more advisable than keeping them uncaged as they may escape, get hurt or eat unsafe objects. You shouldn’t expect them to follow a specific routine regarding sleep. They are likely to have some activity during the night with periods of sleep in between. It may be safer to have some light on rather than keeping them in complete darkness during the night.