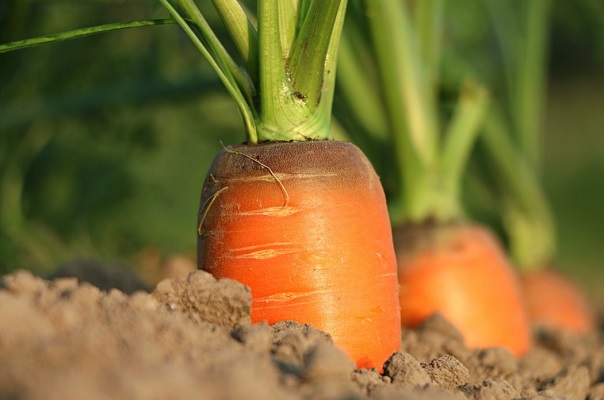 In popular culture, rabbits are synonymous with carrots. Bugs Bunny was the poster child of this popular idea; often seen leaning coolly against a barrel or something, chomping on a carrot whilst Elmer Fudd fumbles with his rifle before being foiled in some way or another.

Bugs became something of an idol in the rabbit world from the 1940s onwards. They’d gather around their small televisions in their hutches every Friday night and tune in to the next episode of Looney Tunes to see their hero outsmart the gun-nut Fudd; much in the same way as we all did when watching Walter White escape from Hank each week in Breaking Bad. The difference being that Walter was in fact a narcissistic and ultimately evil person.

While Bugs Bunny wasn’t an evil fellow, he was flawed. We’ve come to realize in more recent times that rabbits can’t actually talk like we once assumed they could. Nor can they walk on their hind legs, which aren’t actually long and thin as earlier, Bugs Bunny-related studies suggested.

As our interest in rabbits grew with Bugs’ fame, we turned our attention to real-life rabbits. Bugs Bunny was in fact a false idol. Much like the Marlboro Man, Bugs Bunny made carrots cool. Suddenly rabbits of all ages were chewing on carrots and it became the norm. But can rabbits eat carrots?

Studies have now proven that carrots are not good for rabbits. Carrots are high in sugar and should only be fed occasionally, in small quantities as treats.

A lot of us applied the coolness of carrots to our own pet rabbits. Just like many people will feed their cats a bowl of delicious milk. Only it really doesn’t work, does it? Feed your cat some milk and chances are you’re going to find a whole trail of diarrhea around the house.

The carrot industry was booming for decades whilst Looney Tunes grew in popularity, and the cute and cool Bugs Bunny was the face of this sinister campaign. Poor old Bugs probably had no idea of the consequences of his fame. And just like David McLean, who was one of the original Marlboro Cowboys, died of lung cancer, Bugs Bunny diet of obesity-related illnesses, surrounded by his loved ones, when the original Looney Tunes finally ceased to exist in 1969. Physicians claimed it was excessive carrot consumption that ultimately led to Mr. Bunny’s death.

While carrots may be highly nutritional and great for humans, especially when it comes to helping us see in the dark, carrots and other root vegetables are very high in sugar and this can lead to a number of problems for rabbits. Firstly, many rabbits will suffer from tooth decay if they are fed a diet that consists primarily of carrots. Rabbits often have tooth trouble regardless of their diet, but adding highly sugary foods like carrots is only going to make that problem worse for them. If you think about it, it would be somewhat strange if root vegetables were a natural part of a rabbit’s diet, as this would mean they’d have to dig them out of the ground. While rabbits are natural burrowers, it makes more sense that they would eat luscious foliage such as leafy green kale or cabbage.

The high sugar levels of carrots can also lead to digestive problems as well. It takes a lot of energy for a small rabbit body to break down these sugars, and then the energy levels from that sugar will ultimately lead to obesity and other health problems.

Other popular rabbit foods are also quite damaging. Lettuce (especially Romaine lettuce) is far too high in water levels and can make a terrible impact on a rabbit’s kidney and liver. It is also for this reason that too much lettuce will result in diarrhea, potentially to a point of fatality.

Yes, rabbits can enjoy occasional carrot tops. However, these are loaded with calcium and your rabbit can’t have too much of carrot tops.

If you’re hoping to give your rabbit the best possible diet, stay away from these popular but damaging foods. They will thrive off leafy greens like kale and cabbage. Rabbit pellets from the pet store are also much more beneficial. Also, in recent studies, it has been confirmed that hay is not just a sleeping unit for rabbits. It’s highly nutritional for them and a much better food source than carrots or lettuce. In fact, fresh, dust-free hay is advised by many to be the staple of a rabbit’s diet.

Carrots should not be a staple food in your rabbits diet. You can serve your rabbits tiny pieces of carrots occasionally as special treats but they mainly need grass, hay, pellets, and leafy greens. So with this in mind, don’t be brainwashed by the marketing campaign of the carrot industry that propelled Bugs Bunny into the spotlight. You’ll only serve to harm your rabbit, just as the Marlboro Man and Joe Camel did to generations of young and susceptible individuals all those years ago.