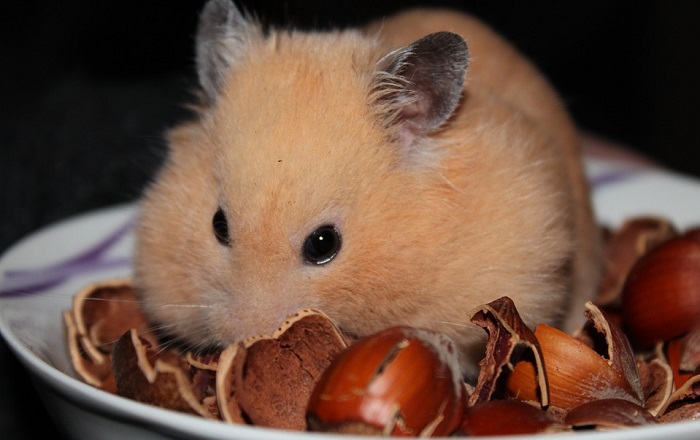 Hamsters are very adorable pets but taking care of them can be difficult since there is so much to learn and one of the questions that might arise is “can hamsters eat walnuts? ” Most of us know that are rodents and thus they should be able to eat all types of nuts but there are often exceptions to each rule so are walnuts one of them? Let us find out!

Hamsters are omnivores and they can survive on a diet that consists of commercial hamster food only but adding some other items such as vegetables, fruits, different seeds or nuts will also help their health.

The idea is that hamsters being omnivores can eat a lot of things and will be fine but if you want your best diet for your pet then the proportions matter. You want to go for a diverse food that takes care of all of their nutritional needs. 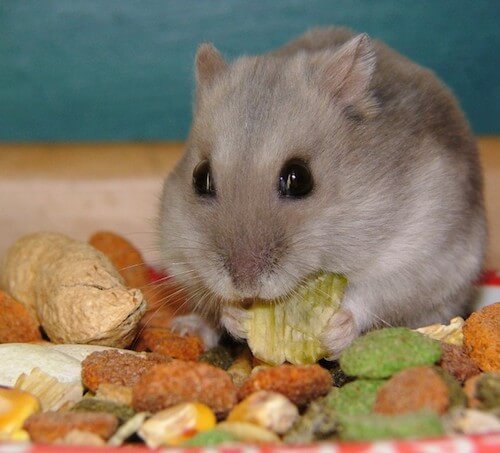 Aside from the typical store-bought food it is recommended to add things such as fresh fruit and vegetables once in a while and also some nuts but small portions are ideal. These contain sugar and other harmful compounds so moderation is key. Boiled eggs and even some dairy and chicken meat can also provide them with needed elements but these should be added sometimes, not become their regular meal.

The walnuts have a large amount of phosphorus and calcium as well as manganese, magnesium, many vitamins (A, B1,2,3,5,6,9,12, C, E and K). A quantity of 100 grams has 654 kcal so they provide a lot of energy and they also contain carbohydrates but the fat is the thing that really stands out.

They have many proteins and thus they are a great nutritional boost during the cold season or for the pregnant pets as well as for the growing hamsters but try to make it a challenge for them to eat one. You can try to provide the walnut with the shell so that they have to work for it and this will also help their teeth. 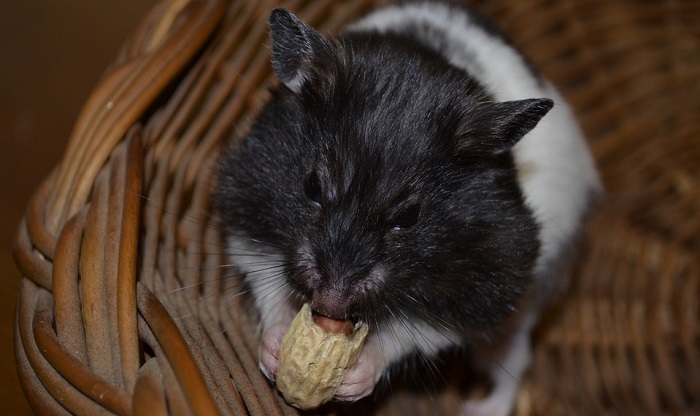 Nuts like peanuts, almonds or walnuts aren’t directly toxic to hamsters but they are very dense in their fat content and in the amount of calories they have and this means that with some of these your pet will exceed the daily caloric requirements so it will have a higher chance to grow obese. It is not that they contain the “bad” kind of fat which is the unsaturated fats but the good fats can also mean that the pet will have more weight and eventually develop more serious health problems.

Your hamster will probably love eating walnuts but they are rare in the wild and thus they are a great treat there. If you keep your hamster at home though and feed them a large amount of these it shouldn’t surprise you that their health will decrease.

Aside from the contents of the walnut itself, one other thing that can cause problems for your pet is the amount of salt these have. If you want to give your pet a treat then choose some which are raw and unsalted since they contain the most nutrients and the least amount of problems.

Salt is an ingredient that goes in almost all of our dishes but for hamsters this is very problematic since their body is much smaller. Even a little can cause damage to their kidneys and thus you should keep all salted treats away from them.

Nut butter is another thing that you should stay away from as they contain even more fat and there are other ingredients that can cause harm so keep it to yourself and offer the simple kind to your hamster. 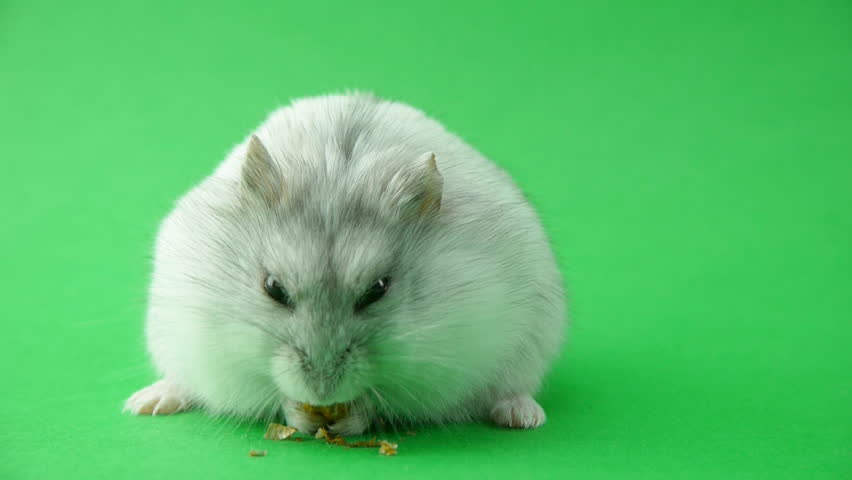 One other thing worth mentioning is that almonds are particularly dangerous since they contain small amounts of cyanide and can thus cause your pet to die. The exterior part contains most of it and that can be peeled but we would advise you to avoid them all together.

As we mentioned above, it is better if you make them feel like a challenge and a treat. One or two a day are more than enough and they should definitely be considered as an occasional choice rather than something necessary.

You shouldn’t roast them since that removes some of the nutrients and makes it harder for your pet to eat and remember to keep the salt away. If your hamster is an adult they will probably be able to crack the exterior shell and this will make if feel as if they are unwrapping a present so try to offer one to them in this manner. If they cannot reach the core then you can obviously help them out but make sure that some workout is involved since they contain so much fat. 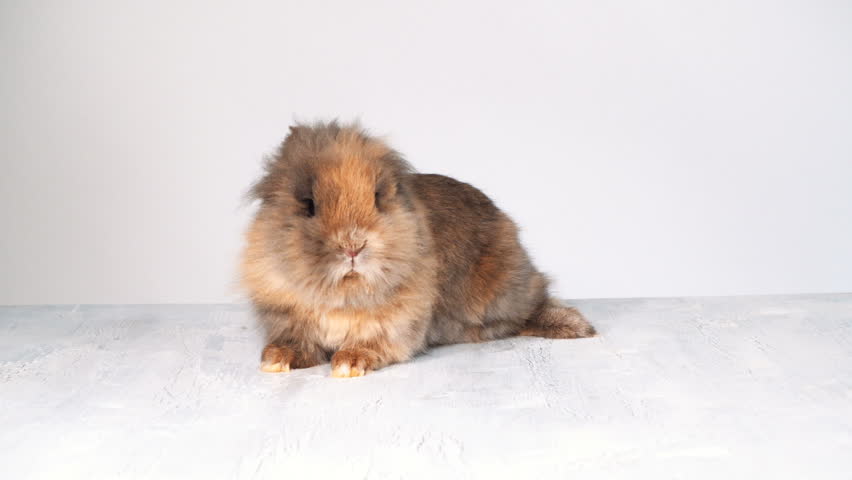 Among the breeds of hamsters there are differences between the diet that they should have and what they should avoid and apparently walnuts are no different. This should come to no surprise when we learn that the hamsters from the Middle East used to hunt insects for food and they did that in packs.

The Syrian and Roborovski hamsters which are also known as the desert hamsters are among the smallest species and they can occasionally eat one but never go beyond that since they are too small to have more and will definitely have problems.

The species such as Russian Campbell dwarfs, the Chinese hamsters and the Winter white dwarf breeds are more susceptible to problems caused by sugar and even if there isn’t too much of this in walnuts (2.61 in 100 grams) it can still cause harm so it is better to avoid them completely.

Yes they can eat walnuts but this is a treat that they should only rarely enjoy since it is very rich in fats and will make your pet have weight problems. Also check on the age, health and breed of your hamster since some of them can deal with walnuts better while others should keep away from them.