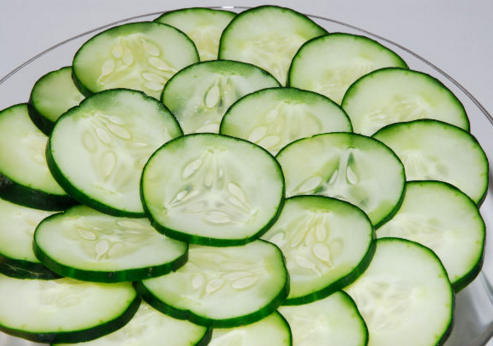 Your furry, chubby guinea pigs love being spoiled and you love spoiling them as well, that’s for sure. While trying to come up with new, interesting treats for your furry pet, you might have asked yourself can guinea pigs eat cucumbers? And the answer to this question is a definite yes. There’s no reason you shouldn’t include this green watery treat into your furry pet’s diet. However, there are certain aspects you should know before feeding cucumbers to your cavies. Keep on reading to find out more about the subject. 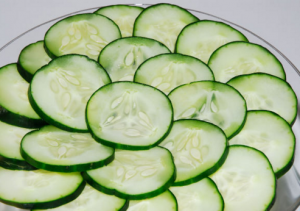 Yes, guinea pigs can eat cucumbers. Given its nice and watery content, cucumber is highly recommended especially during hot, summer days. A cucumber treat for your cavy friend can be equally appealing and refreshing. Your furry pet won’t feel dehydrated if offered occasional cucumber treats. Therefore, you can consider feeding it up to four times a week one or two slices of cucumbers. Don’t exceed this limit, as excessive consumption of cucumbers can result in diarrhea and vomiting.

Can Guinea Pigs Eat the Skin of the Cucumber?

The answer depends on some of the factors. If the cucumber skin has not been waxed, then you don’t have to peel it off, as they are perfectly safe for your guinea pig. However, waxed cucumber peels should not be given to your pet since they contain pesticides. Thus, our suggestion is to serve only pesticide free cucumbers to your small pet.

Can Guinea Pigs Eat the Seeds of the Cucumber?

Yes, your cavy can eat the seeds. Given the fact that the seeds of the cucumber are moist and soft, there’s no problem if your little guinea pig eats them. There’s no possibility of a detrimental choking hazard, as opposed to the seeds of other vegetables and fruits, so you shouldn’t worry about this.

No, your cavy shouldn’t drink cucumber juice. While cucumber is an approved treat, cucumber juice is off limits for guinea pigs. It will hurt their tummies and cause mild to severe digestive upset. Thus, steer clear of providing cucumber juice to your guinea pig. Fresh water supply will suffice.

Regardless of the fact that cucumbers contain some vitamin A and C, if you feed large portions of this watery treat to your pet, it can lead to indigestion. You should also know that cucumbers don’t present a sizable nutritional value for the health of your guinea pig. The amounts of vitamin A and C, which are utterly necessary for the proper functioning of your pet’s body, are not notable, compared to other veggies such as dark green lettuce or celery.

Additionally, given its high watery content, large amounts of cucumber on a regular basis may lead to bloating, gas or diarrhea. You should know that your guinea pig’s digestive system is sensitive and normally any treat given without moderation can lead to harmful effects.

Cucumbers are approved only as occasional, tasty treats you can use for spoiling your cavy friend when you feel like it. Under no circumstances should this food replace the regular pellets and hay you must provide your piggy on a regular basis. On the contrary, veggies are only occasional treats that help prevent your pet from boredom while at the same time present additional nutritional value.

Preparing Cucumbers for your Guinea Pig

As I already mentioned, you should make sure that the cucumbers purchased are pesticide-free. It’s recommended to buy organic fruits and vegetables instead. If you can’t buy organic ones, make sure that you wash them thoroughly before feeding it to your pet. Foods that are chemically treated with pesticides can be utterly harmful on so many levels.

If you want to be extra careful, you could always peel off the skin. However, most of the vitamins are usually in the skin and guinea pigs may like the skin the best. Chop cucumber into little pieces before feeding it to your furry family members. A recommended amount is about couple slices 2-4 times a week. You should not give this watery treat to your pet more than four times a week.

Your chubby pal will undoubtedly relish being spoiled with cucumber treats. The majority of guinea pig owners have noticed that cucumbers are their favorite snacks. So, if you wish to treat your furry pal, you couldn’t go wrong with a slice of watery cucumber! However, remember to only feed them moderately. Otherwise, your furry little pet can end up suffering from indigestion and diarrhea. Bear in mind that cucumbers should only count as occasional snacks; they shouldn’t replace your guinea pig’s essential diet that has to consist of pellets, hay, and fresh water.

Additionally, always observe your pets when introducing new foods to their diet, including cucumbers. Moreover, start out gradually with small amounts. If you don’t see any unusual behavior, you can continue feeding your pets cucumbers. Take care of your tiny buddy and thanks for stopping by!