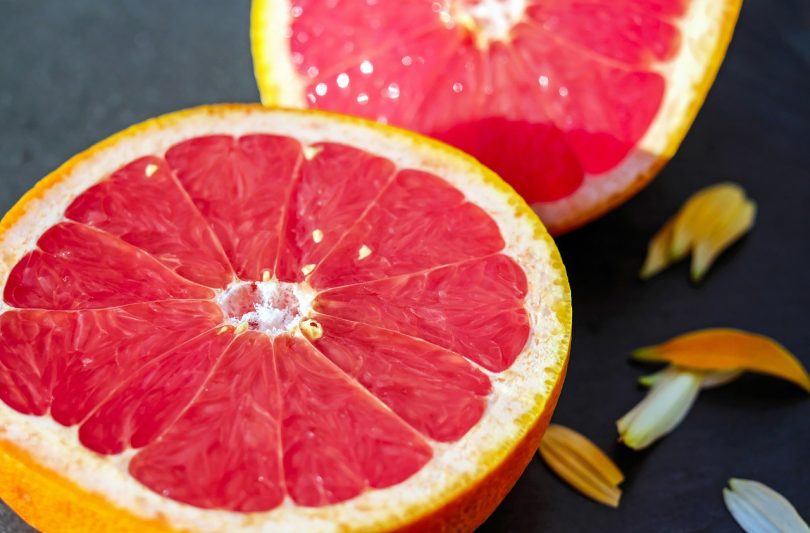 Grapefruit can be a delicious snack or a staple at the breakfast table. This subtropical, semi-sweet, sour fruit is an ancestor of the Jamaican sweet orange, which itself is a hybrid of a fruit of Asian descent, the other being the pomelo. Grapefruit is very healthy for people; rich in vitamins and minerals, so can dogs eat grapefruit as well? 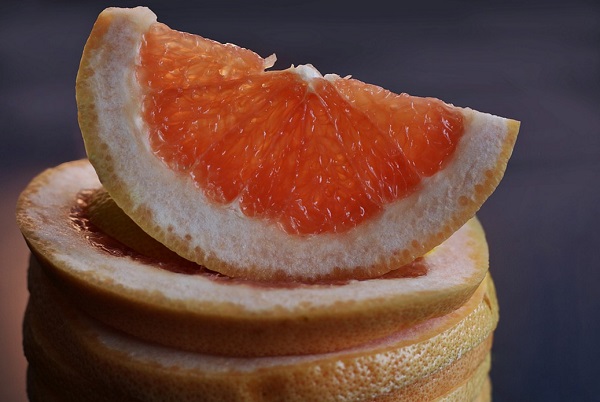 Grapefruit began with Captain Shaddock allegedly bringing pomelo seeds to Jamaica and cross breeding them with the sweet orange seeds there to cultivate a hybrid fruit. It is more likely, however, that the grapefruit originated as a result of a natural hybridization.  Originally called the ‘forbidden fruit’, as documented for the first time by Rev. Griffith Hughes in 1750, who claimed it as one of the Seven Wonders of Barbados, a label that stands even today.

In 1823 Count Odet Philippe, who docked at what is now Safety Harbor, brought it to Florida. The grapefruit came to be known as a ‘shaddock’ or ‘shattock’ until the 19th Century. The modern name of ‘grapefruit’ refers to the clusters in which grapefruits grow.

There is an array of varying grapefruits: from pink to white. Pink are the most common, but white, red, Oro Blanco, Thompson, Duncan and Star Ruby grapefruits are all different in texture and flavor and equally delicious. Depending on the ripeness, the redder the grapefruit, the sweeter and less acidic it is. White tend to be the most acidic.

No, your dog should not eat any grapefruit. According to ASCPA, grapefruit is toxic to dogs, cats , and horses. Later in this article, we will talk about the components of grapefruit and why it is not safe for dogs.

In general, grapefruits are all rich in Vitamin C and fiber in the form of pectin. They also contain high levels of lycopene, an antioxidant. They have been scientifically proven to lower cholesterol and their seeds have also been shown to display antioxidant properties. Even though grapefruit has some great health benefits, this is not the fruit your canine buddy should be eating. There are healthier alternatives you can feed your pooch, such as apples, bananas, watermelon etc.

Grapefruit can also be harmful for an individual taking medication. The juice of grapefruit is known to interact with numerous drugs, producing adverse effects. This can happen in one of two ways: either the juice blocks a particular enzyme which metabolizes the medicine, or it blocks the absorption of the medicine into the intestine, meaning not enough of the medicine will enter the bloodstream to have an adequate effect. While this might be potentially hazardous with medication, it is useful to know that the same effect will occur in someone who has taken too much ecstasy. The acidity of a grapefruit or even an orange can neutralize the effects of a number of party drugs, relieving the individual of potential damage or drug induced, silly behavior.

Despite the many benefits that grapefruits offer for human ingestion, they don’t work quite the same for our canine friends. Unfortunately, due to the high concentration of essential oils and a compound called psoralen found in grapefruit, it is toxic for dogs. Of course many of you will read this and say: “Pfft, I’ve given Henry bits of grapefruit a bunch of times and he’s okay!” Yes, of course you have. There will no doubt be thousands of incidents where dogs have eaten all sorts of things expected to kill them and it doesn’t. But in general, it’s a bad idea to give your dog grapefruit.

Many vets will explain that it’s in fact the seeds and pith that are potentially harmful to dogs. This is true, and so the meticulous preparation of a grapefruit to share with your dog will definitely reduce the risk of harming your dog, but is it worth it? Feed them an apple instead. It’s safer and nutritionally as beneficial.

Although grapefruit offers high levels of Vitamin C and you might think that’s just fantastic, dogs don’t actually require large amounts of Vitamin C; not in the way humans do, anyway. Dogs actually produce their own Vitamin C, so offering them more, far more, would actually be very damaging to them.

Antioxidants are another really tempting reason to offer grapefruit to your dog. And you’d be right to infiltrate your dog’s diet with a few antioxidants, but you need to be careful in your approach. Thankfully there are antioxidants in loads of fruit that aren’t grapefruit; like blueberries.

Of course you want a healthy dog and many of us do abstain from factory made dog foods because, frankly, a lot of them are made from cheap fillers that has no nutritional benefit to our dog. You have two options if you want to avoid this stuff (neither involve grapefruit). Firstly, you can do your research and find what your specific breed of dog requires and cook it yourself. Often a diet of brown rice and meat, along with some vegetables or (non acidic) fruits are a good place to start. Secondly, you can do yet more research and find a quality dog food. These are often a little more expensive, but you can be assured that they are made from the finest quality produce and will benefit your dog, without the effort of cooking yourself.

If you think your dog has sniffed his way into the bin and finished off your grapefruit, it will be exhibiting one or more toxicity symptoms. These include vomiting, diarrhea, behavioral changes, such as depression, or photo sensitivity. If you suspect you’re missing a grapefruit and your dog is demonstrating these symptoms, you should get him to the vet immediately. Vomiting will be a sign that your dog is trying to expel the toxic elements, and so they may have sorted themselves out already, but be safe anyway.

If you find it impossible to get to a vet, there are some drastic measures you can take. The obvious one if by forcing your dog to throw up the content of its stomach. A vet will often use apomorphine to get the dog to vomit. While most of us don’t keep a stash of apomorphine about the house, you can make your dog vomit by giving it a tablespoon of hydrogen peroxide per pound of body weight. This will force your dog to expel the contents of its stomach. If you are going to do this, you need to do so quickly, as soon as possible after the ingestion has occurred. After this, a wise move would be to somehow have the dog ingest some activated charcoal, if you have any around the house. This will absorb remaining toxins in the gastrointestinal tract and prevent further absorption by the body and prevent acute renal failure.

Coming back to the original question, no dogs should not be fed any grapefruit. A severe case of grapefruit ingestion can lead to the necessity of a blood transfusion, which will no doubt cost a lot of money and you’ll probably decide it’s best to just have them put down if they haven’t died already. So now that you know it’s not okay to give your dog grapefruit, don’t do it.