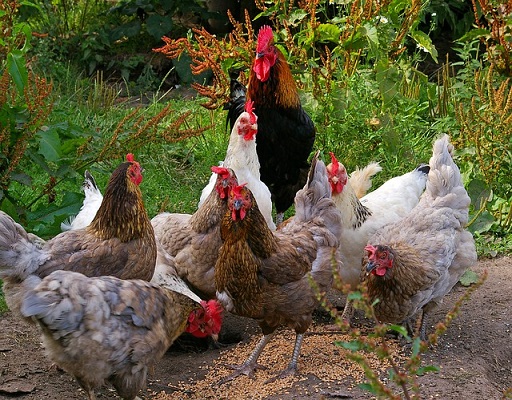 We often seem to pass by these really wonderful creatures and simply see them as our next meal course. It is a mistake many of us seem to make on a daily basis and we constantly seem to miss the fact that chickens have special abilities too. Did you know how well they can establish lines of communication? Have you ever wondered how well-developed their senses are? Have you ever asked yourself: can chickens smell? Do they have a well-developed sense of smell?

As surprising as you might find it, chickens do have a very advanced sense of smell. 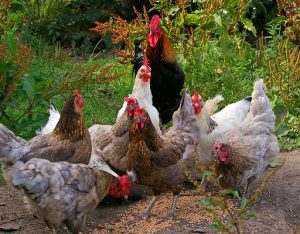 How Well Can Chickens Smell?

It is only now that has been discovered that not only do birds have a sense of smell, but they often use it to track down food. They rely on it in the same proportion as they rely on their sense of sight. Of course, the degree of reliance varies according to the species and this is definitely not the case of the domesticated chickens. However, there are birds which float over the ocean just to sense the smell of their prey.

In the case of chickens, it has been proven that they have a very well developed sense of smell, even before hatching. This means that while they are in the shells, chickens can still sense different scents. In order to support this affirmation, a recent experiment showed that when a few eggs were rubbed with a strawberry scent and when the chicks hatched, they seemed to a have an already well-established affinity for water that had been previously sprinkled with a strawberry scent.

Adult chickens are also very responsive to different scents. An experiment revealed the fact that when the feces of a predator animal were placed into a chicken’s nest, the chicken would have an alert reaction, becoming increasingly more agitated. When the feces of a non-predator animal were placed into the same nest, the chicken did not respond at all. Also, in the same manner, it has been shown that roosters seem to respond quite fast to the scent that is released by a female’s preening gland.

The Sense Of Smell And Its Usage

Chickens might have a well-developed sense of smell, but they rely mostly on their sight and their hearing in order to decide what to eat or who to spend time with. This happens because of the fact that smell and taste goes hand in hand and in the case of chickens, the taste is not an evolved sense. Compared to a cow, which has about 25,000 dozens of taste buds, chickens only have a few dozen that are placed somewhere in the frontal side of the tongue, a portion which is known to be rough. By the time the food gets to the taste buds, the chicken is already preparing to swallow the whole alimentary bowl.

Other Interesting Facts About Chickens

Now that you know that chickens can smell and even have pretentious tastes such as strawberry scented water, here are a few facts that might also take you by surprise:

Chickens really do have a sense of smell that is quite evolved and that brings a slight influence in their lives. However, it is up to us, the ones that are taking care of them, to provide them with the best food and conditions for a healthy and happy life.

Can Chickens See In The Dark