Siamese cats are some of the most beloved cat breeds as they are among the most intelligent cats, they are very friendly and affectionate. As they look so mysterious with their blue eyes and their sophistication, it might be difficult to think of a proper name. So with this idea in mind here is our guide to find the best names for Siamese cats.

Their origin is in Siam which is known as Thailand today, so they are quite exotic but they have grown so popular that they are the ninth most registered cat breed at the moment. Of course, the names we thought of can apply to other breeds just as well but here are some that will make your cat have even more personality and charm.

We will start with a list of ten popular names and give you the reason why they would fit and after that we will give you a longer list of options in case the first ten don’t work for you.

There are many famous owners of Siamese cats and Elizabeth Taylor has to be among the most widely known from among them. The actress was remarkable due to her beautiful eyes and Siamese cats also have the most captivating blue eyes so this is a really good choice for a female Siamese. Kim Novak and Marylin Monroe also had Siamese cats as well as Monica Vitti and Claudia Cardinale so you are in a very select club with such a handsome pet. 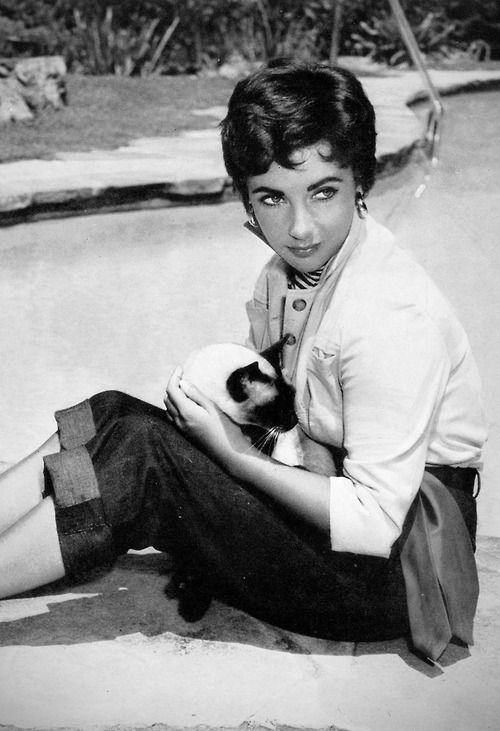 Siamese cats are among the most intelligent breeds and some even consider them to be geniuses among cats. Thus it is only normal that you give your cat the name of a genius and who could be better than Einstein? The physicist was an animal lover, he had a dog, a parrot and a cat called Tiger. The cat used to get depressed when it rained and Einstein would console the tomcat by saying “I know what’s wrong, dear fellow, but I don’t know how to turn it off.”

A cat that hit the news a few years ago is Theo as together with Denis, a partner in crime, they began stealing from their neighbors. They managed to steal Christmas decorations, socks, underwear and even wrapping paper from the nearby homes. The kleptomaniac cat became an Internet sensation and if you want to know more about the story you can check it here.

Sagwa, the Chinese Siamese Cat is the character in an educational animated TV series that was based on the novel of Amy Tan. The show is about the daily life of the cat and how she learns some new things every day about family and being loyal. If you were a fan of the show then this is a great name and also if you have children this is a good way to teach them some valuable life lessons. 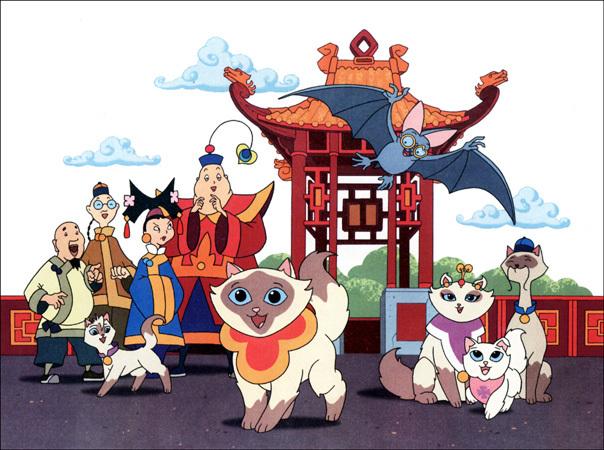 As the coat of many Siamese cats is a light shade of brown, you have to think of a combination of cocoa and milk. Thus if this is the case with your pet, then this is a great choice for a name and the warmth of the beverage is also matched by their caring nature and their friendliness.

There is a special breed of Siamese cats called the Lilac Point Siamese cats and they have Russian Blue cat lines in their genes. They are pale with some pink tones and grey on the ears, tail and paws. Even their eyes are a pale blue and if you have this special type of Siamese then the name Lilac is really great. 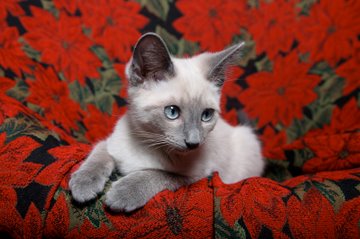 One other flower name, this can also be a good name as it was how one of the co-founders of the Siamese Cat Club was called. Lillian Jane Veley founded the official club in 1901 and she received two Siamese cats from her brother. She named them Pho and Mia so those can also be great names!

This is quite a common name for cats as the color of nutmeg can look similar to that of the cat’s coat. When we hear nutmeg we think about the family holidays such as Christmas and thus it reminds us of warmth and a pleasant atmosphere. Siamese cats are really caring and lovable so this is a really good choice for the name of your pet, thus making it a very popular choice.

The leading figure of the pop art movement was a man who loved Siamese cats and that is no surprise as this breed has stunning colors for their fur as well as for their eyes. His Siamese cat was called Hester and he had 25 other cats who were all called Sam. Cats were an inspiration for him and he even published a book called 25 Cats Name Sam and One Blue Pussy in 1954 which contained a series of cat portraits. A cat lover from early childhood and thus if you name your cat after him we are sure he would be flattered. 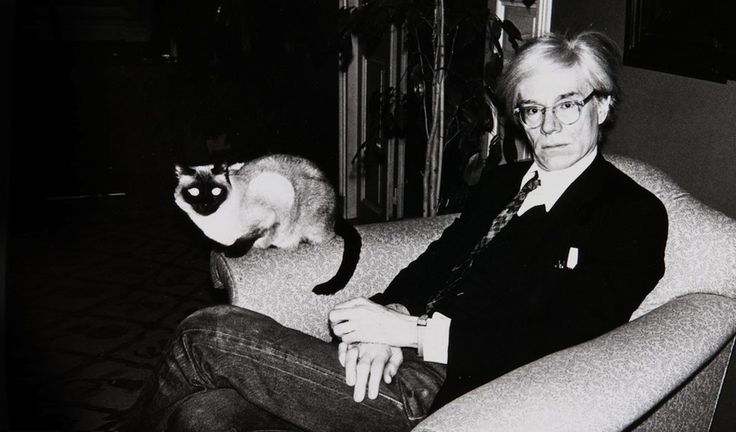 The magical eyes of these cats, their intelligence and their mysterious nature all make us think of magic and the classic word for this is Abracadabra. If you think this is too difficult to pronounce then think of one of your favorite wizards or sorceresses from the fantasy novels such as Merlin or Gandalf as those will suit any Siamese cat like a glove.

If these didn’t convince you then here is a list of some other great name options for your Siamese pet.